Home International Hafizh in no Rush to Prove a Point 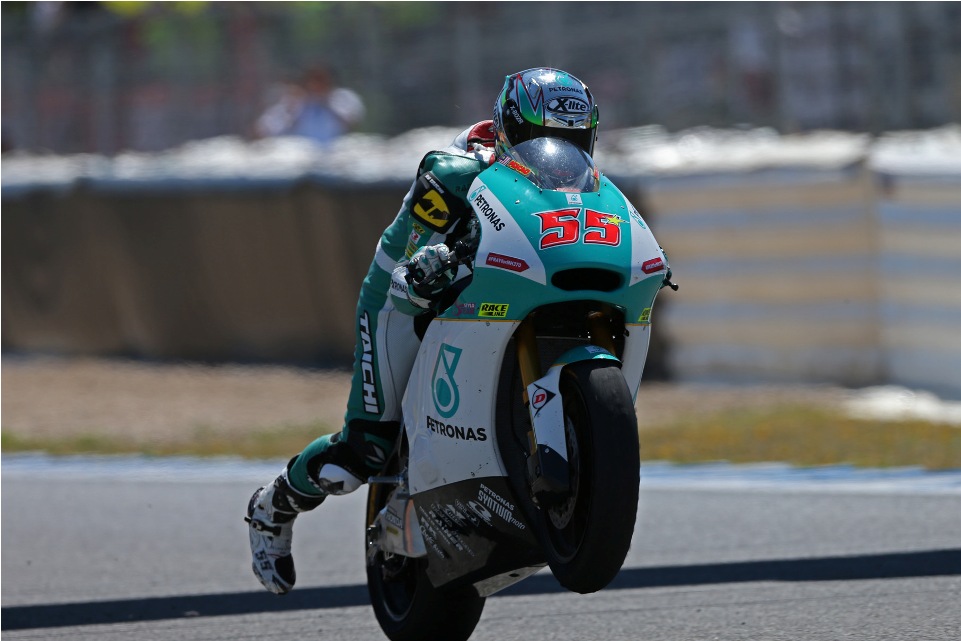 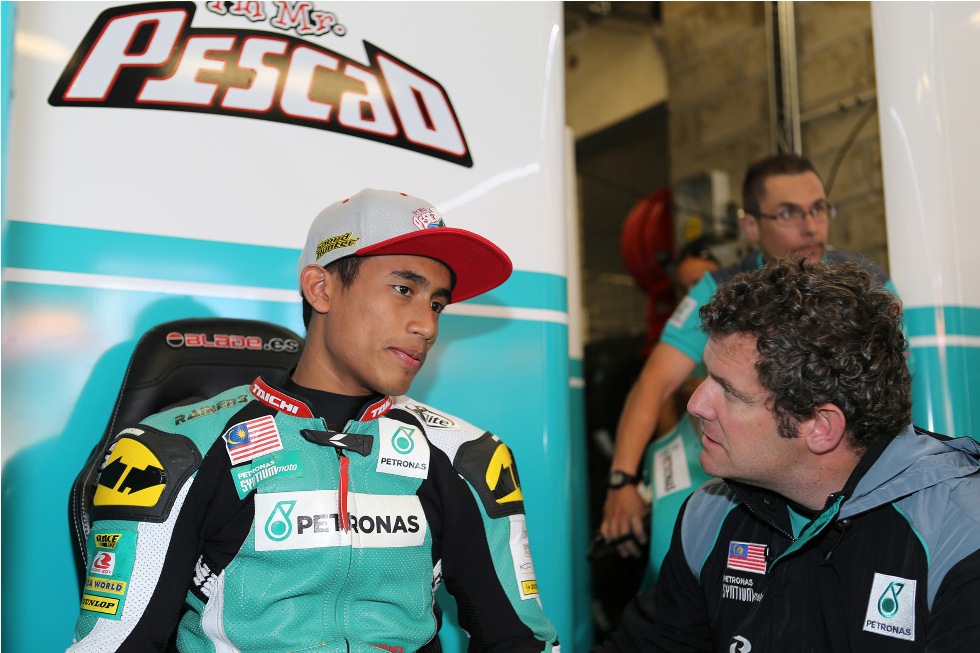 Rookie, Hafizh Syahrin Abdullah says it would take more than a year before he can challenge at the front of the Moto2 field as the French Grand Prix got underway at the historic Le Mans Circuit on Friday.

The Malaysian who came in 31st fastest in the opening practice with 1’41.426s pointed out a huge experience and data gap exists between PETRONAS Raceline Malaysia and existing teams, putting him at a severe disadvantage against Moto2 rivals when out on track.

Nevertheless the 20 year old is optimistic about riding to the best of his ability despite starting every Grand Prix this season on the back foot.

“Realistically, it would take more than one season, perhaps more before I can fight in front,” said Hafizh who has scored two points from the first two rounds in Qatar and Austin.

“On the technical side, we don’t have any data to work with unlike established teams so every race is a new learning experience for us. There is a lot to improve when it comes to riding as well. I think we can fight for points more often in the final stages of the championship if we continue heading in this direction.”

Speaking about his expectations for the French Grand Prix this weekend, Hafizh said he targets to have a similar outing to Argentina where he managed to break into the top 10 in the practice session and qualify 17th, his highest start position since he entered the world championship.

“Argentina was my best run so far. It was neutral ground for all the teams being a new venue and the gap between the leader and me was only 0.8 seconds. Unfortunately, we made a tactical error in the race and finished without any points. I hope to have a similar or better pace in France,” he said.

Reflecting on his run in the first practice session, Hafizh commented, “We went out and posted a strong time early but our run was cut short because we had some troubles with the throttle cables. In the end we completed only eight laps. The engineers have already fixed this problem and we target to shave off 1.5 seconds in the second practice.”