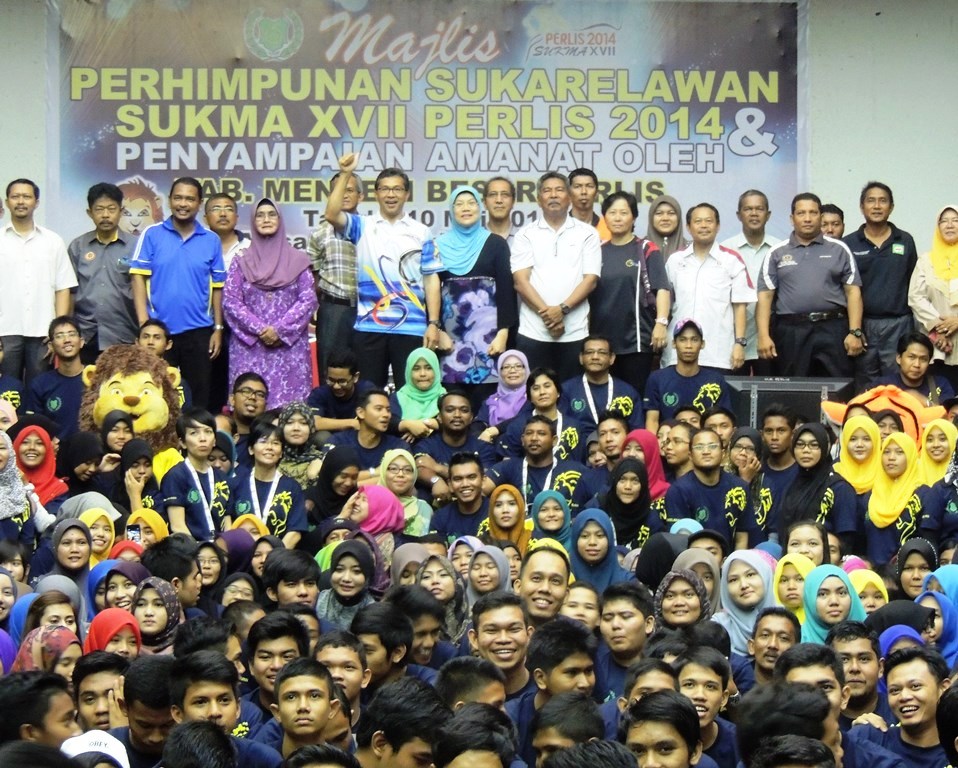 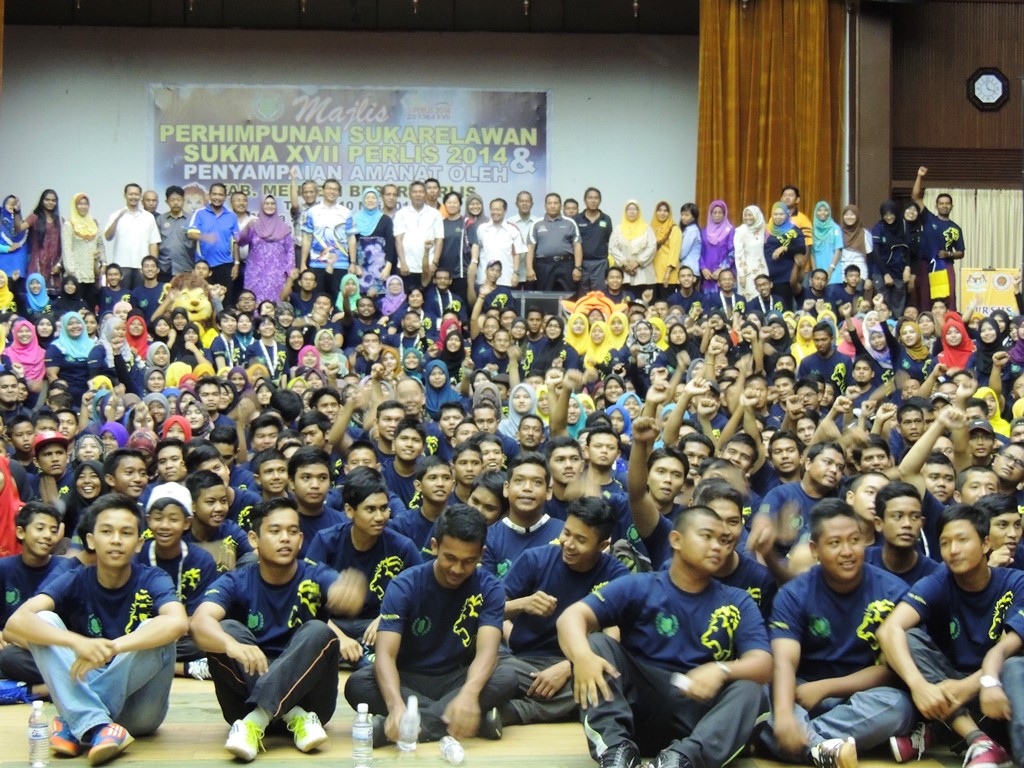 The overwhelming response to be volunteers for the Perlis XVII SUKMA 2014 had Perlis Menteri Besar YB Azlan Man awe-inspired.

Speaking after the final seminar for volunteers here in Kangar, Azlan said that he is proud that so many had applied to be volunteers even though most had known that places will be limited.

“It is proud moment indeed for me as we received more than 2000 applications but we were able to accommodate only around 1416,” said Azlan.

“Not all were able to attend the final session but around 700 showed up, so we are more than satisfied with the commitment which has been shown by the people of Perlis towards making the SUKMA this year a success

“As the representative of the people, I would like to reiterate our appreciation for their commitment towards SUKMA.”

Azlan went on to explain the statistics for upcoming SUKMA which Perlis will host on 24 May to 4 June.

The total number of registered attendees is 10 673 with 6,936 athletes, 1,421 technical delegates alongside 1,416 volunteers. There will also be an additional 900 representatives from the various committees.