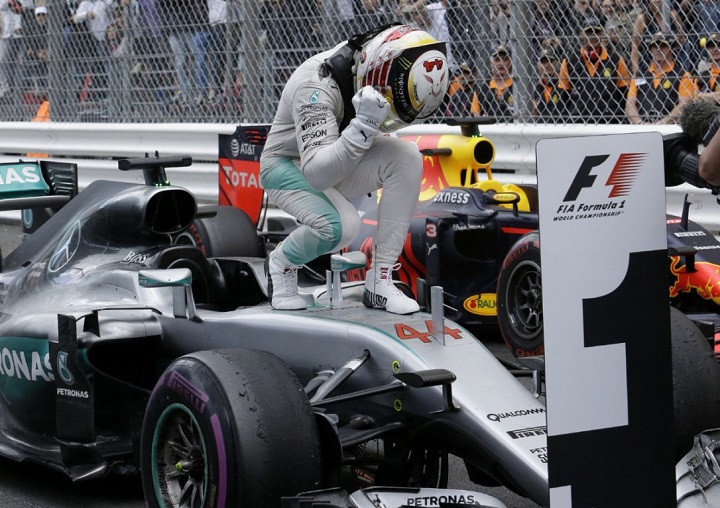 Lewis Hamilton returns to work at the Belgian Grand Prix this weekend knowing he faces the prospect of grid penalties in the next few weeks that could dent his prospects of a fourth world championship.

After a four-week break for the European summer holidays, the defending three-time champion seeks his fifth consecutive victory for Mercedes and third at the majestic Spa circuit in the hope of increasing his 19-point lead with nine races to go.

But he knows that he is virtually certain to take penalties in the upcoming races for using more than the permitted number of power unit components after a string of mechanical failures in the opening months of the season.

The 31-year-old Briton reached his permitted maximum of five turbochargers and MGU-Hs at the Austrian Grand Prix, resulting in him having to nurse his engines, when possible, through recent races.

The regulations allow drivers five penalty-free changes of six different components before grid penalties of up to 15 places are handed out -– a situation that could mean Hamilton starts from the back of the grid in pursuit of his Mercedes team-mate and title rival Nico Rosberg.

“The first half of the season was a bit of a rollercoaster for me and there will be more ups and downs to come,” said Hamilton ahead of this weekend’s race at a track where he and Rosberg have “some history” having collided acrimoniously in 2014.

“But the last few weeks have been so good for Britishsport — with the Olympics and then Cal Crutchlow becoming the first British MotoGP winner in more than 30 years — that I will do my best to keep the flag flying.

“I’ve had ups and downs before, but I think this has definitely been harder because it hasn’t felt so much like fault from me not being focused, or me not training, or taking the time.

“It’s more other things, outside things, but it’s been a really good experience — and I honestly feel stronger now and able to handle whatever it is that is going to be thrown at me.”

Hamilton was 43 points behind Rosberg after five races, but reversed that situation with six wins out of seven while the German struggled to regain his consistency and momentum.

He and the Mercedes team face a decision on their strategy for Hamilton.

They may seek victory in Belgium and then take his new power-unit components — and the penalties — in Italy, a week later where his outright pace makes it likely that he can rescue a result from the back of the grid.

Or, as has been suggested by paddock insiders close to Mercedes, he may take all the new parts in Belgium where the length of the lap and the circuit characteristics would reduce the impact of a bad grid spot and help him recover points.

Whatever the decision, Rosberg will see Hamilton’s misfortunes as a chance to regain the initiative and reduce his team-mate’s lead in the title race while both Ferrari and Red Bull will aim to mount a fightback against Mercedes domination at one of the most spectacular venues of the season.

Rosberg departed his home German Grand Prix at the end of July in a downcast mood after being soundly beaten again by Hamilton and he needs a confidence-boosting display to keep his title challenge alive.

On Friday, he will also become the latest driver to test the cockpit-protection ‘Halo’ in opening free practice for Sunday’s race, which is expected to attract a big crowd to the Ardennes. – Agence France-Presse