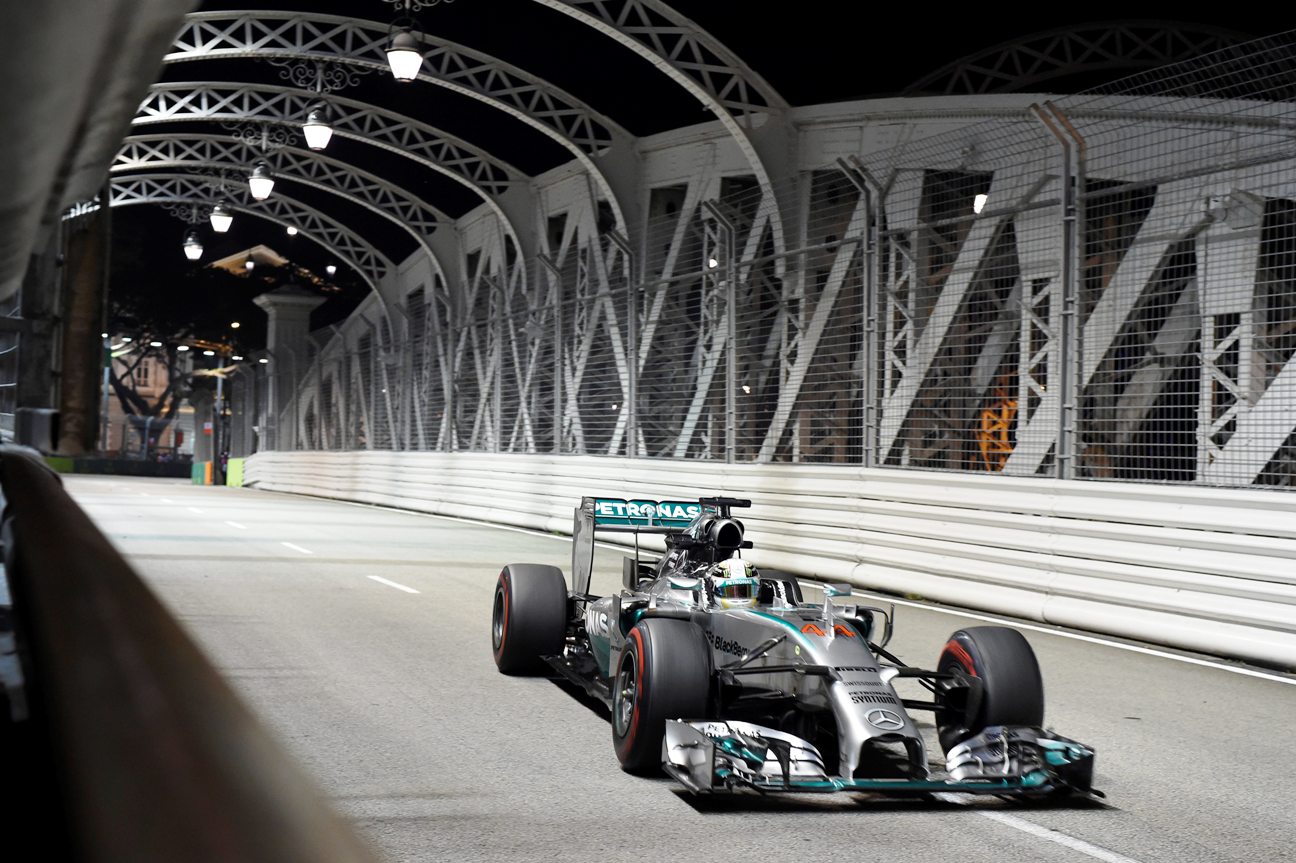 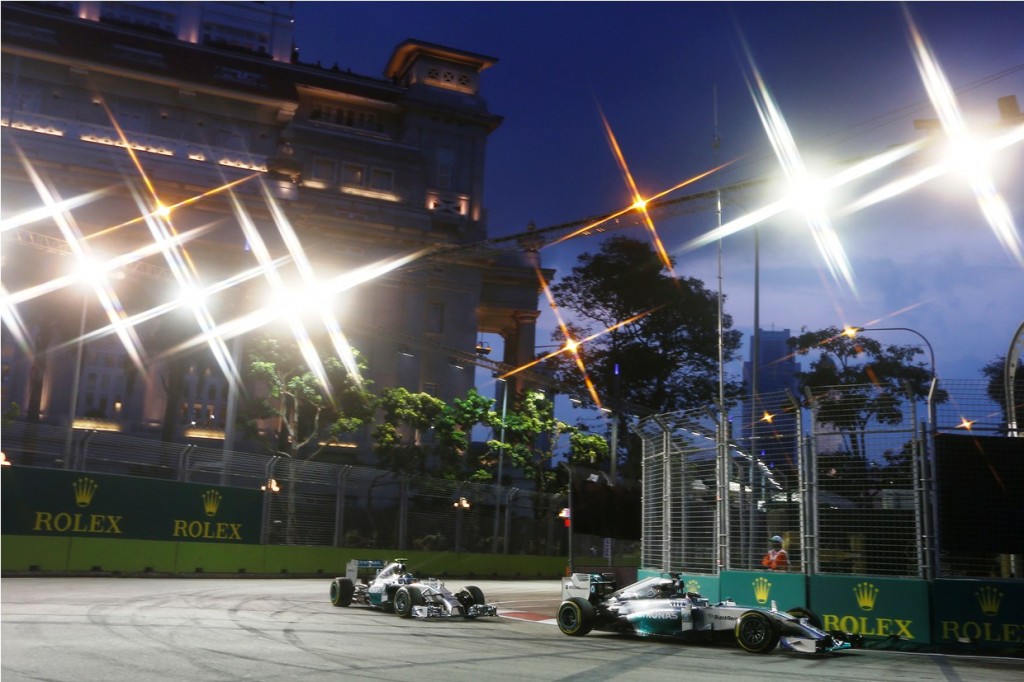 The 29-year-old Briton left it late, crossing the line after three rivals had in succession cut their times to take provisional pole to the raucous delight of the crowd as he secured the prime starting position by just 0.007 seconds — or less than the length of their Mercedes’ nose cones.

Rosberg, who leads him by 22 points in the drivers’ championship with six races remaining, will start alongside him from second place after the Mercedes pairing grabbed their team’s seventh one-two of the year.

It was Hamilton’s third pole in Singapore, his sixth this season and the 37th of his career.

Rosberg’s reaction was pithy, but understandable when he was given the news on team radio: “Dammit!” But, after an intriguing session, there was none of the acrimony that has punctuated their duel for glory this year.

Hamilton, who is putting Rosberg under pressure with his speed in recent races, raised a fist to celebrate in his car, but stayed calm after the session. In torrid conditions, he is handling the heat.

“I knew I had the pace, but it was just about putting the sectors together which is not easy,” he said.

“It’s the most incredible feeling when you do it on your last lap, with all the pressure and when the smallest mistake could lose you a lot.

“I made a mistake and locked up at the first corner and I was already two tenths down, but I said to myself let’s keep going and see what happens.

“The previous lap wasn’t perfect either, I lost time in 13 and 16, but I fixed that and got the time back and the last sector was pretty hard core fast!

“It’s a great day for the team, but there is a lot to do tomorrow.”

Rosberg was understandably amazed and exasperated.

“If I think back over the lap, seven thousandths of a second is nothing – a little bit here or there and I could have done it,” he said. But Lewis did a good job today so fair play to him.

“Second place, it is OK. Sure first is better, but it’s a long race ahead, so that’s fine.”

Australian Daniel Ricciardo delighted many of his compatriots packed into the Marina Bay street circuit by claiming third on the grid for Red Bull ahead of his team-mate and defending four-time champion Sebastian Vettel, winner of the last three Singapore races.

“It was good fun out there and the track was improving as qualifying went on,” said Ricciardo.

“Street circuits keep you on your toes, but it was certainly good fun.

“I have got a few mates here this weekend and maybe some I don’t know about. It’s close to home so it’s really nice to see a few Aussie flags and hopefully I can see a few more from the podium!”

Behind the two Red Bulls, two-time former champion Fernando Alonso qualified fifth for Ferrari ahead of Felipe Massa of Williams and Kimi Raikkonen, who was seventh in the second Ferrari.

On a tense and thrilling evening, Valtteri Bottas was eighth in the second Williams ahead of Danish rookie Kevin Magnussen of McLaren and Daniil Kvyat for Toro Rosso.

After the usual suspectsw had dropped out in Q1, Alonso and then Hamilton set the pace in Q2 as Ferrari continued to flex their new-found muscle before a late Rosberg lap lifted him top by nearly half a second.

Jenson Button missed out on the top ten shootout, finishing 11th for McLaren ahead of job-hunting Jean-Eric Vergne of Toro Rosso, the two Force Indias, Esteban Gutierrez of Sauber and Romain Grosjean, who was 16th in his Renault.

For Button, it signalled that he had been out-qualified 8-6 by Magnussen this year while for Grosjean, a front-runner last year, frustration boiled over. “I cannot believe it, bloody engine, bloody engine,” he complained. – Agence France-Presse