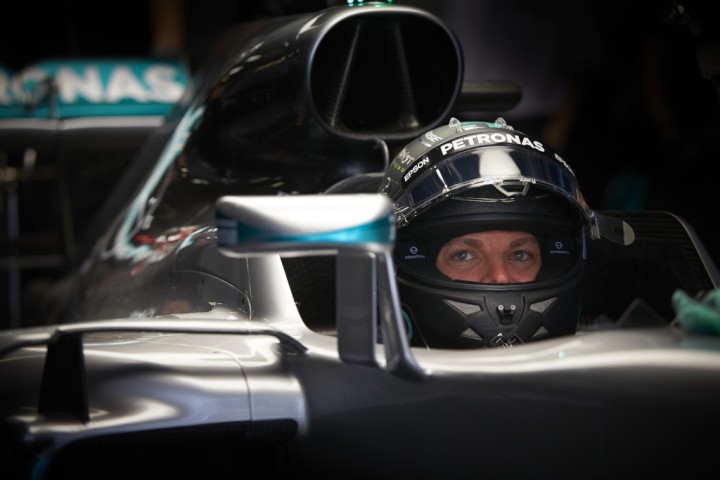 Lewis Hamilton admitted he was unaware his Mercedes team had worked through the night to deliver a car which carried him to a blistering pole position for Sunday’s United States Grand Prix.

The 31-year-old defending champion grabbed the 58th pole of his career, edging out teammate Nico Rosberg who leads the title race by 33 points with four races remaining.

It was his first pole in five attempts at the Circuit of the Americas.

Hamilton, using a car with a new fuel injection system which was fitted overnight, said he had no idea about the repairs carried out by mechanics who worked until 4am to keep his title push on track.

“I just didn’t know anything about that,” said the Briton. “I have been focused on my job and working on my preparations.”

Despite his pole-setting heroics, Hamilton admitted it was only the first step towards success in his bid to keep his title defence alive when he battles against both Rosberg and the chasing Red Bull team in what promises to be a closely-fought race on Sunday.

“I feel amazing. It is just such a great feeling -– my first pole here after many years of trying. A lot of great people have tried to get me there and now I’ve done it.”

He said it was “crazy” that after winning three of the four previous races at the circuit he had finally taken pole.

“It’s taken a while,” he laughed. “And I have worked hard. Turn One was always a weak point for me every year and this year I finally got it right.”

“Of course, it is my goal to win, but it is time to turn my thoughts into action now. I want to prepare properly. This is a nice positive tip for me, to be on pole, but tomorrow is something else.”

Hamilton confirmed he has been practicing his starts after his poor getaway in Japan, where he was second on the grid and fell back to eighth.

He has had five bad starts this season, notably in Australia, Bahrain, Canada and Italy before Japan -– races that have cost him four possible podium finishes.

Rosberg has also suffered from some poor starts, but with a cushion in the title race knows he can recover and knows that Hamilton cannot afford to make any mistakes or get involved in any collisions.

“For me, there was nothing specific in my lap that cost me time,” he said.

“Lewis was quicker in sector one. That was it. Nevertheless, we have seen this year that qualifying is not all important.”

Australian Daniel Ricciardo qualified third and said he believed he has a great chance to claim a podium finish for Red Bull -– and mix it with the Silver Arrows — after claiming third place on the grid ahead of his team-mate Max Verstappen.

“I am happy with that lap and my tyres and the strategy,” he said. “The super-softs can help me get a great start and mix it with the Mercedes boys. I want to be another factor in their equation.”

Grinning with pleasure, he even broke into a mock-Texan accident to add: “I just wanna put on my cowboy hat and ride off into the sunset.”

Verstappen, facing a clampdown on his aggressive defensive driving in Sunday’s race by the International Motoring Federation (FIA), said he was disappointed.

“I think I felt we could be nearer the Mercedes,” he said. “But they turned up the power and we could not match them.” – Agence France-Presse