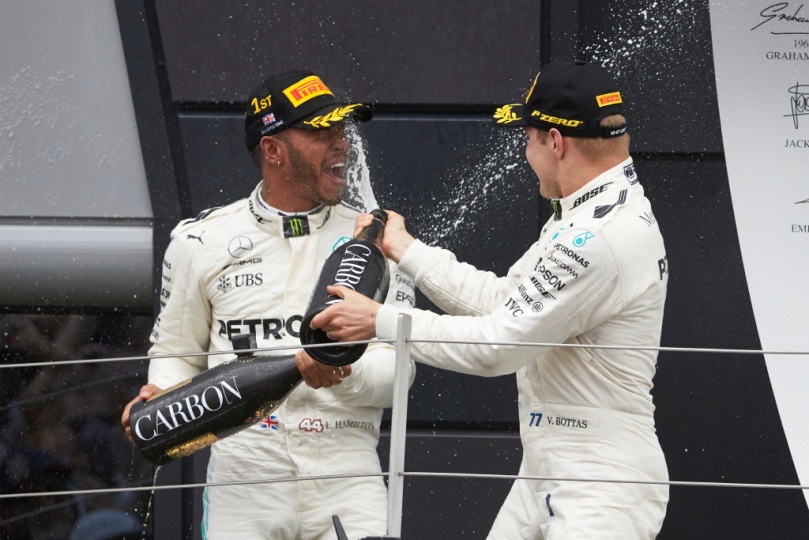 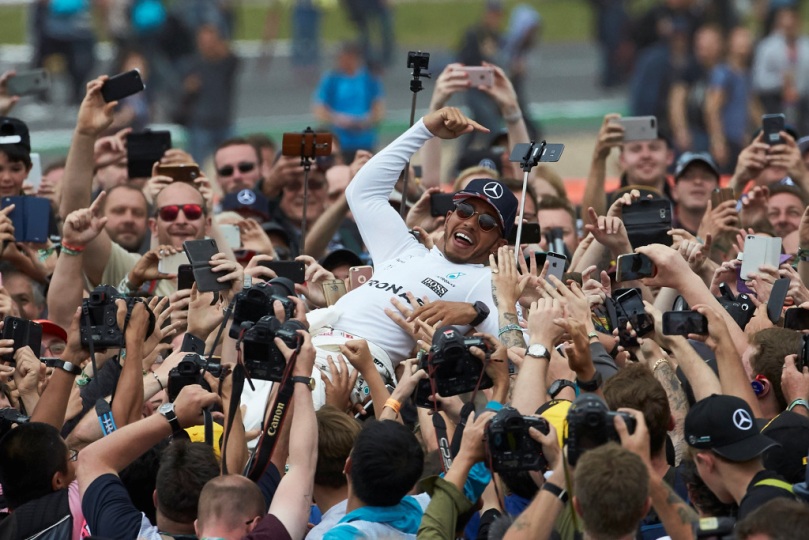 Lewis Hamilton cruised to a fourth successive British Grand Prix victory on Sunday as he cut Sebastian Vettel’s lead in the championship to a single point.

The German nursed his Ferrari home in seventh after pitting prior to the final lap, allowing Raikkonen to sneak back onto the podium after the Finn had also been struck by a similar tyre problem.

Hamilton, who started on pole, matched Jim Clark and Alain Prost with a record-equalling fifth win at his home race.

Max Verstappen and his Red Bull team-mate Daniel Ricciardo, who began in 19th on the grid, were fourth and fifth respectively, with Nico Hulkenberg sixth for Renault.