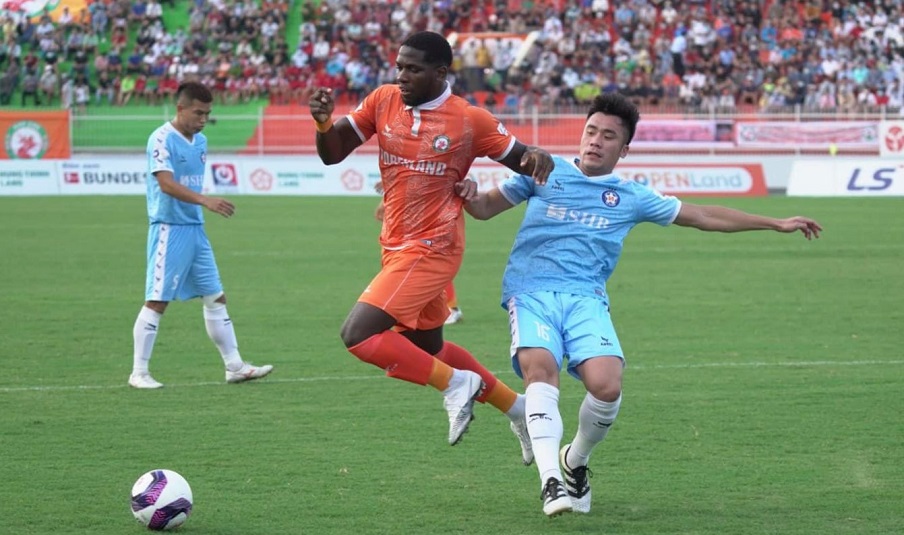 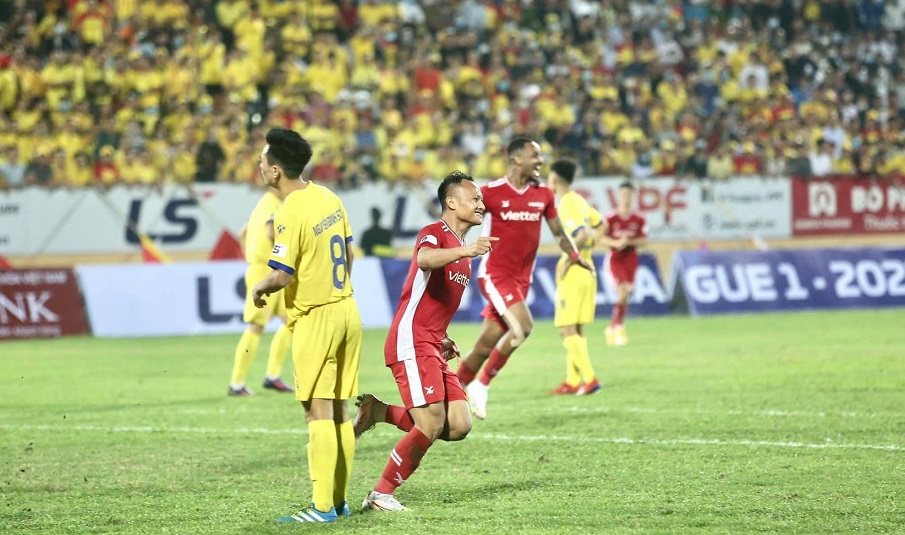 SHB Da Nang stayed top of the 2021 LS V League 1 despite not picking up even a single point as defending champions Viettel FC moved up to third from eighth at the end of the fourth matchday of the season last night.

Playing away certainly did not give Da Nang any favours and the early goal from Ho Tan Tai in the eighth minute seemed to have disrupted their confidence as it allowed homesters Binh Dinh FC to pick up their second full points in four matches.

It also saw Binh Dinh moved up to fourth from nine at the standings.

In spite of the loss, Da Nang still stayed of the pecking order in the 2021 LS V League 1 with nine points from four matches played.

On the other hand, champs Viettel FC improved to third following their 2-1 away win over Nam Dinh FC – with Nguyen Trong Hoang nailing the winner just three minutes after the restart.

Konan Oussou had given Nam Dinh the best of start after just fifteen minutes but Viettel fought back with the equalising goal through Pedro dos Reis barely a minute later.

On second is Hai Phong FC, who moved up from fifth following their 1-0 win on the road over Binh Duong FC.

The only goal of the game came off Jeremie Lynch four minutes to the end. 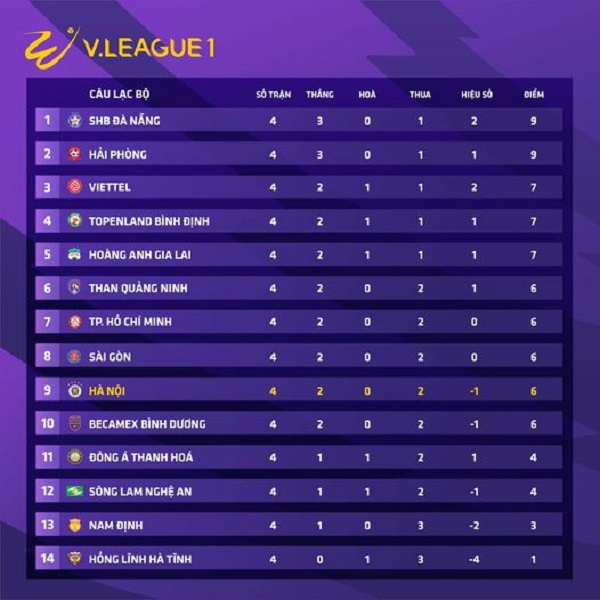