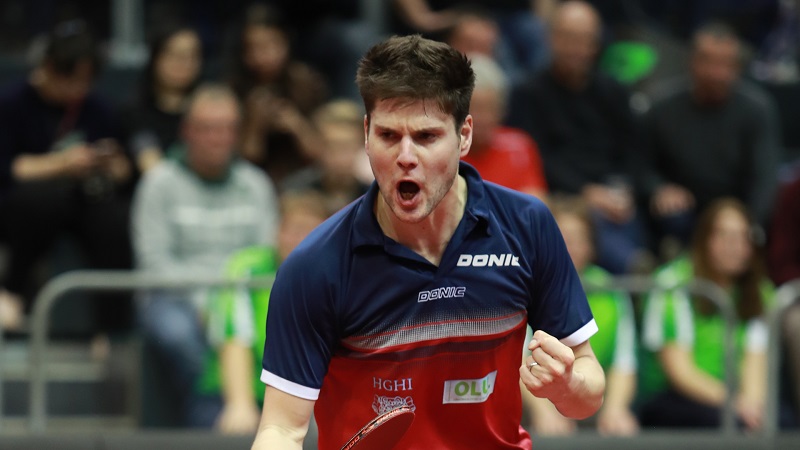 Impressive at the recent Liebherr 2017 ITTF-Men’s World Cup, now Dimitrij Ovtcharov and Timo Boll are potentially two victories away from lifting the Men’s Singles trophy in Magdeburg following positive displays from the host nation representatives in their quarter-finals encounters.

There were mixed emotions for Japan over in the Women’s Singles draw as Mima Ito and Kasumi Ishikawa attempted to send the country beyond the quarter-finals stage of the tournament.

Yet, there was joy for the other Japanese contestant in action as Kasumi Ishikawa, third seed, claimed a fantastic four games to nil victory over the defending champion Wu Yang (11-4, 11-7, 11-8, 11-3) to keep her title bid on track.

The full five games distance was required in both of the Women’s Doubles semi-finals fixtures as partnerships from Chinese Taipei and Japan emerged victorious.

Japan will also be represented in the Men’s Doubles final following a dominant showing from Yuto Kizukuri and Tomokazu Harimoto in their encounter against Ho Kwan Kit and Wong Chun Ting (15-13, 11-2, 11-4) and will face opposition from Lee Sangsu and Jeoung Youngsik in the title match with the Korean pairing seeing off Lam Siu Hang and Yu Ziyang (11-5, 11-8, 1-11, 11-3) in the other tie.