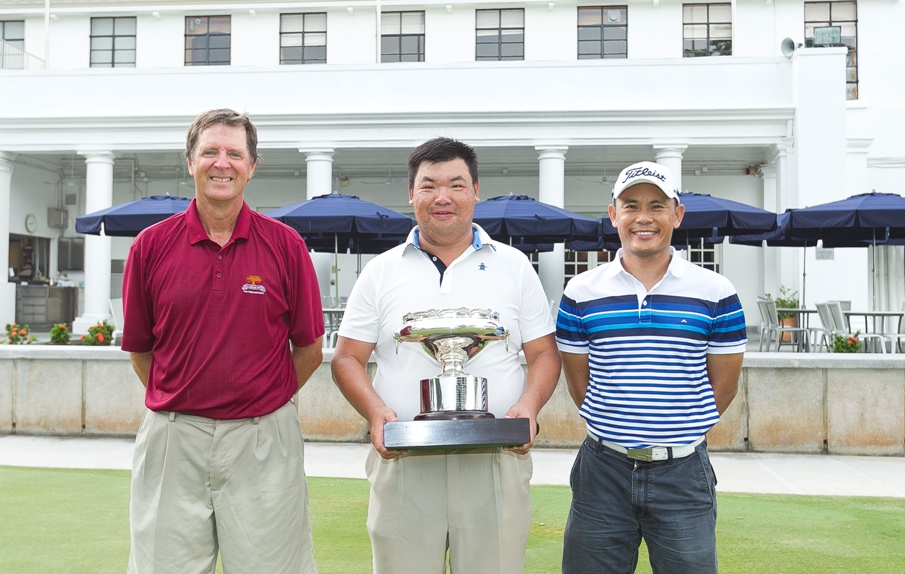 The trio found themselves at the top of the leaderboard amongst a field that started with 43 after two rounds of play to secure well-deserved playing spots at the 56th Hong Kong Open. Organised by the Hong Kong Golf Association, local talents are invited to participate in the Hong Kong Open Qualifying Tournament every year to compete for the chance to come face-to-face and test their skills against some of the best golfers in the world.

Taking place from October 16-19, 2014, the Hong Kong Open will be the penultimate event on The European Tour International Schedule before the lucrative Final Series. With decorated stars such as Els and Jimenez alreadyconfirmed to play in Fanling, Wong, who won by seven shots after two solid rounds of 68, simply could not hide hisexcitement at the prospect of going head-to-head against world class champions.

“I am extremely happy. It has been hot and quite tough these two days but I am satisfied with the way I played. I hope we, as local Hong Kong players, can play well at the Hong Kong Open so we can showcase what we can do, and create more awareness for the sport of golf in Hong Kong.”

He added, “With the participation of Ernie Els, there will be more attention paid to the tournament, which canonly be a good thing.”

The Hong Kong Open holds the honour of being the only national championship in Asia to be held at the same golf club since its inauguration in 1959. Past winners include Major Champions Rory McIlroy, Bernhard Langer, Greg Norman, Peter Thomson, Tom Watson and Ian Woosnam.