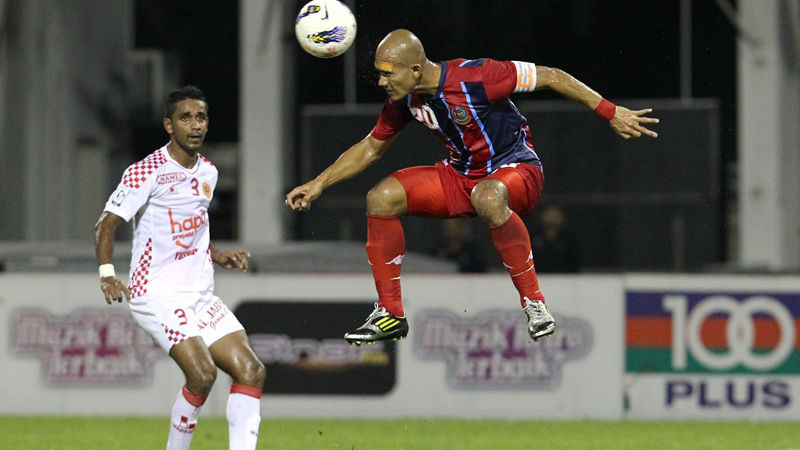 Failure to make the Malaysia Cup quarter-finals rounded up a miserable season for Super League outfit Armed Forces who barely survived relegation to the second-tier Premier League – thanks to a bagful of injuries to key players.

And Armed Forces supremo B. Sathianathan has already wielded the axe with more than half the team on the chopping block. The Gladiators put up  a below par performance in their 2-1 defeat in their last Group C match against previously unbeaten Penang at the City Stadium on Tuesday.Armed Forces will undergo a massive shakeup for the new season but “Captain Marvel” Hairuddin Omar is a name that is on the top in Sathianathan’s list of those who stay.The others staying are two President’s Cupper Hafizudin Azuhar (goalkeeper) and Syazuan Huzani (midfielder)  plus the four injured players – Amirizwan Taj Tajudin (centreback), D. Christie Jayaseelan (rightwing, right midfielder), K. Reuben (rightback, defensive midfielder), Affize Faisal Mamat (central & defensive midfielder).Also staying are Forces’ personnel Badrul Hisham Sufian (centreback), Venice Elphi (utility midfielder) and Raja Ridzuan Effendy Raja Kamaruddin (centreback).As for the four foreigners – strikers Juan Manuel Arostegui (Argentina) and Fabrice Noel (Haiti), defender Park Yong Ho (South Korea) and central midfielder Bruno Martelotto (Argentina), Sathianathan revealed their fate will be decided later. “He (Hairuddin) is the pillar…he is the leader. No one can beat him. His professionalism on and off the field is second to none, He is a perfect example when it comes to discipline, commitment, dedication and love for the game and the team. I can proudly say that he can put many a younger player to shame with his work-rate on the field.“Even when playing as a defender he is scoring goals. I have no complaints against him and he gets my nod to be in the team for next season,” said Sathianathan, a former national coach, who never comprises when it comes to discipline.Sathianathan has been given a freehand to rebuild the team for the new season and he has already got down to work.With their failure to make the Malaysia Cup quarter-finals the season is over for Armed Forces. But Sathianathan summoned the entire squad to undergo training as usual to “earn their salary” as the players are still under contract.“They must earn their dues. They have contracts until the end of November…so they are still on the payroll. Nothing is free, They might not be playing for Armed Forces next season but they must also keep fit so that they will be in the best of shape when they join new a new team,” said Sathianathan, who slammed the players for their lacklustre performance against Penang.“They played well in the first half but it was a totally the opposite in the second half. The training will go on as usual. They cannot relax. This training is a punishment for the poor performance against Penang,” added Sathianathan, expressing his disappoint.