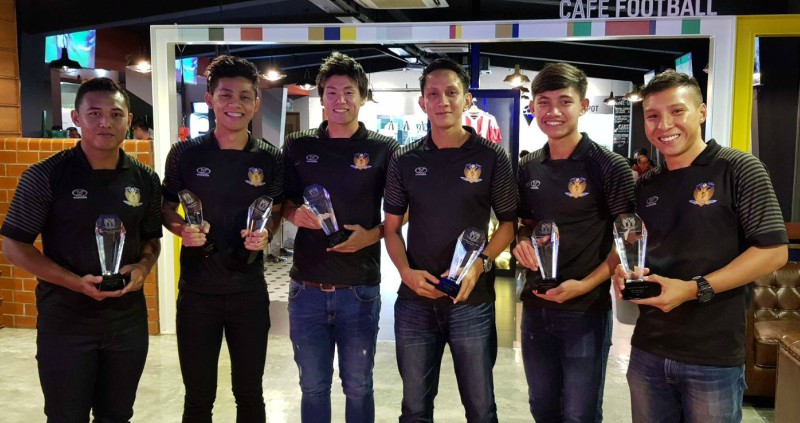 Politically, the seven-letter-word constituency remains a special bastion for the opposition after the Workers’ Party, rather historically, wrested control in 1991.

Sportingly, football-wise, the Home of the Cheetahs dares to be different in many ways to be a role-model S-League club.

They stand out as they preach to every football fan that running a football club is not about just wanting to win matches. They have a common goal to preach basic standards that define sports and sportsmanship.

In a nutshell, Hougang United Football Club, along Hougang Avenue 2, is a passionate club, with more than just passionate players and people, with a responsibility to fans and supporters, especially the younger generation, that they want to develop heartlander football.

I salute the Cheetahs (Hougang’s nickname) for hosting Singapore’s first ‘Awards & Appreciation Night 2017’ at the iconic Cafe Football along Braddell Road to offer a magnificent pat-on-the-back for a “very hard-fought S-League and Prime League season”.

“We wanted to celebrate to commemorate the achievements of the club in 2017,” says club general manager Matthew Tay. “Although we failed to achieve the ‘Top Four’ target in the S-League, the team put up a tremendous performance in the RHB Singapore Cup competition to reach the semi-final where they narrowly lost 4-3 on aggregate to Global FC from the Philippines.” 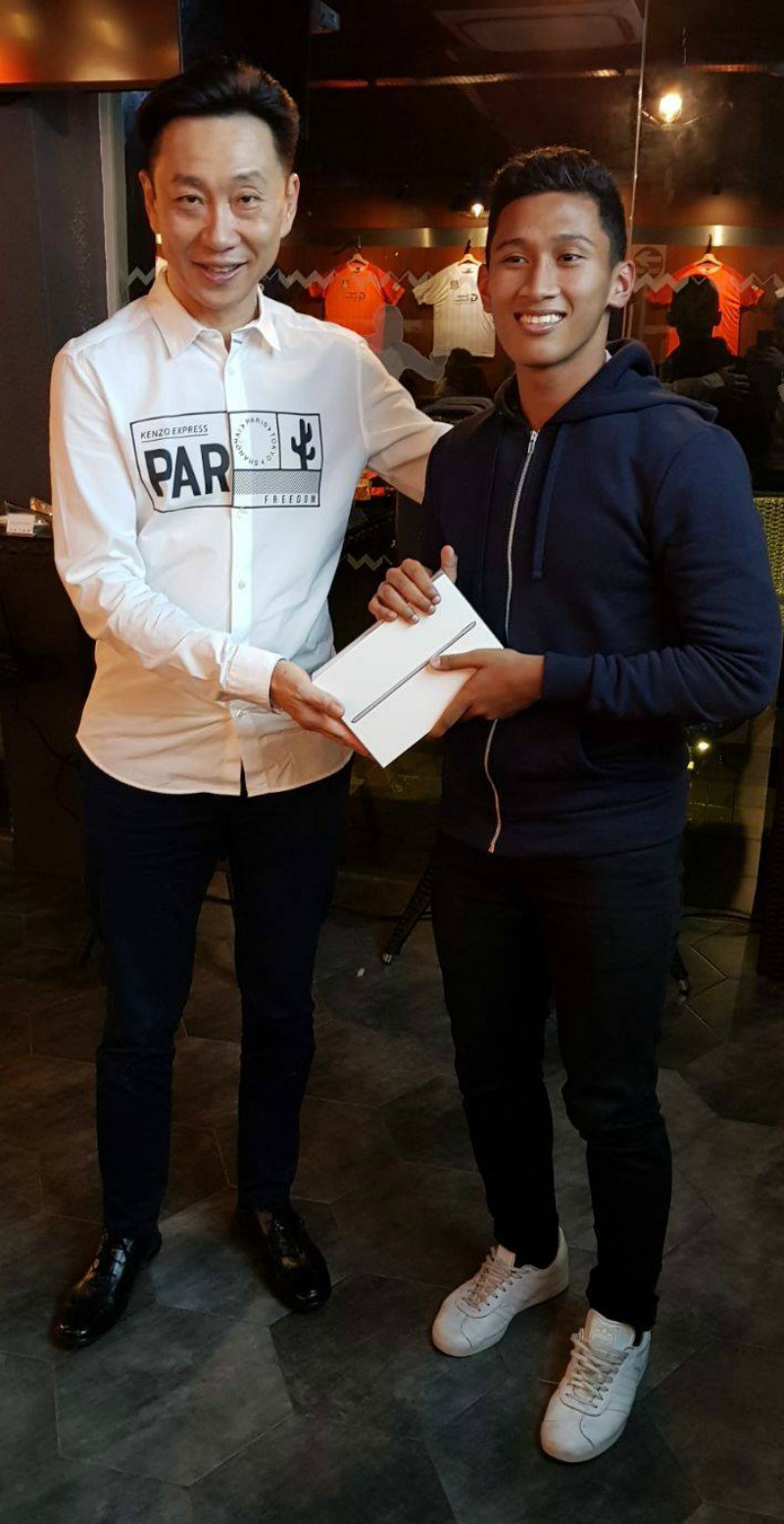 The Cheetahs finished the S-League in sixth position in the nine-team professional league.

“Along the way, we chalked up impressive wins over (champion) Albirex Niigata and (second runners-up) Home United,” he adds. “More significantly, (head coach) Philippe Aw daringly showed his belief in the younger players, with newcomers Justin Hui, Gareth Low, Gerald Ting and Syukri Bashir from the Prime League squad stepping up to the senior team and putting in good shifts when they were called upon.”

Even more impressive, noted Matthew, were the Prime League team, led by (coach) Robin Chitrakar, who finished as first runners-up.  He adds: “That’s a notable achievement after many years of ending up on the wrong side of the table, the Prime League players showed consistency throughout the season and pulled away strongly towards the end of the competition despite strong challenge from Warriors FC and Geylang International.”

The inaugural awards and appreciation night on November 10, the first by a leading Singapore club, was the brainchild of the “technical Staff to bring together the club’s coaches, staff and players after a long season”.

Matthew saluted club chairman Bill Ng for gracing the event and specially “thanking the players, coaches and back-room staff for their hard work during the season”. 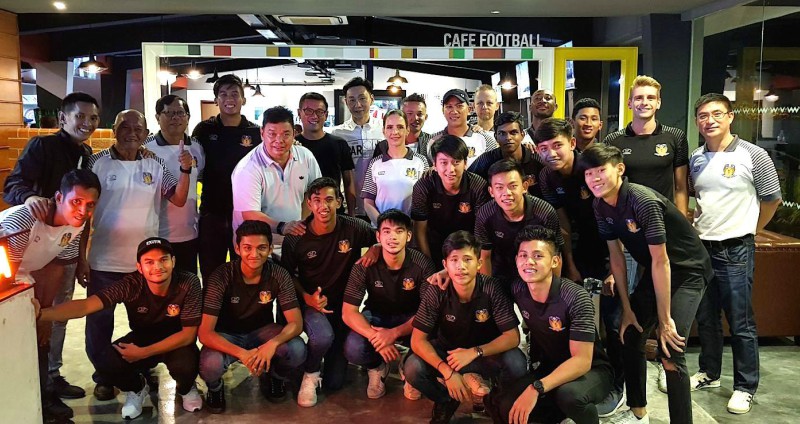 Bill Ng also hailed the behind-the-scenes support of the Hougang Hools (who form the ‘Fan Club’). He says: “Collectively with the Hougang community as well as the family and friends of the players, the technical team and the management, they have always proven that they are never the fair-weather supporters despite our ups and downs. Matter of fact, they have established a national reputation in the fraternity for their unwavering pride.”

He also makes sure that off-the-field, Hougang stands out as an active role-model in the regional sports fraternity in supporting many social and charitable causes. Notably, financial assistance was given to former national rhythmic gymnastics coach Zhu Xiaoping, who was diagnosed with colon cancer. Former Lions and club head coach (the late) Amin Nasir was given a monthly grant as he battled cancer. Likewise, (the late) wheelchair-bound Lions striker S. Anthonysamy.

Going forward, Hougang stands out as a stirring example for investing in modern training technology. For example, the new Globus Eurogoal shooting machine from Italy help to sharpen the goalkeepers’ skills with adjustable trajectory, swerve, spin and velocity upon which it can shoot the ball. The club’s infrastructure has been upgraded with the new English Premier League-styled bucket seats dugout – the first in Singapore football in any stadium.

The changing rooms at the stadium in Hougang Avenue 2 have been overhauled with more functional spaces and new individual lockers, including a built-in bathtub and a jacuzzi for post-match recovery.

The Cheetahs also utilise a new analytic software called RetinAR, which is designed to provide detailed statistics of a football game – such as key passes, a player’s heat map and the number of interceptions – within minutes of the half-time whistle being blown.

“The end result is to be think more professional, starting with a better conducive dressing room and stadium design for our players. I dare say visually, it will be the envy for other clubs,” says Bill Ng.

For head coach Aw, ranked among the most promising home-made football tacticians, his role at Hougang is working towards a “long-term vision to improve Singapore football”.

“The current Hougang squad is a relatively young team, so that tells you that the club is also focused on developing promising players for Singapore,” he says. “So for me, if a player is good enough and has impressed in training, then we have to give him a chance.”

Article continues below“This is not going to change, so I plan to infuse more young, talented players to feature for the senior team.”

It is clear that the Aw-leadership is clearly putting in place the building blocks of long-term success with an ambitious plan that genuinely emphasises on youth development. He adds: “The journey of a thousand miles begins with the first step. Hougang have taken theirs, and it certainly looks like we’re on a firm footing towards a longer team-building goal.”

Hougang’s management strength, too, has significantly contributed to their growing reputation. Their players and staff are full-suited in tailor-made G2000 suits and pants, befitting their professional-player status.

Hats off to Hougang for continuing to be on a firm football footing. Under the leadership of Bill Ng, the Cheetahs will be an iconic role-model as they reach out to every football fan that running a football club is not about just wanting to win matches.

They have a common goal to preach basic standards that define sports and sportsmanship, starting with their recent awards and appreciation evening.

The Hougang ‘Awards’ gallery: Topping the seven awards with the Player of the Year (S-League) was Atsushi Shirota, the Japanese defender, who was a former-Albirex Niigata quadruple title-winner.