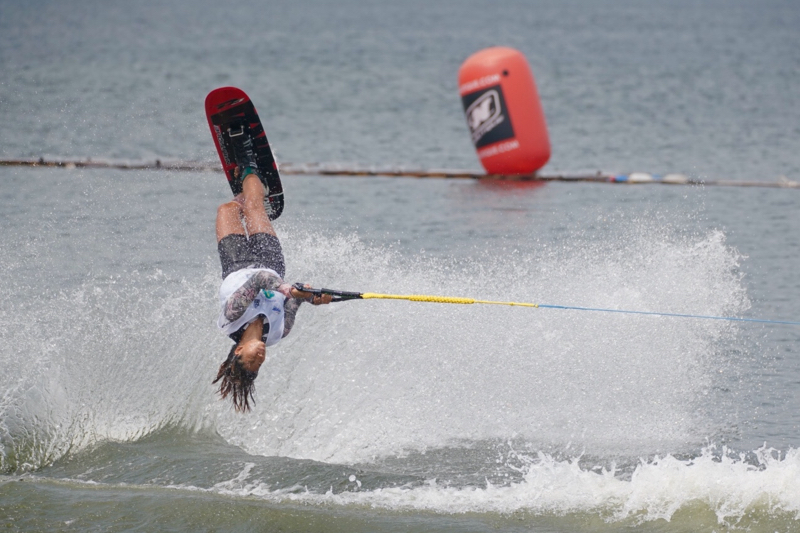 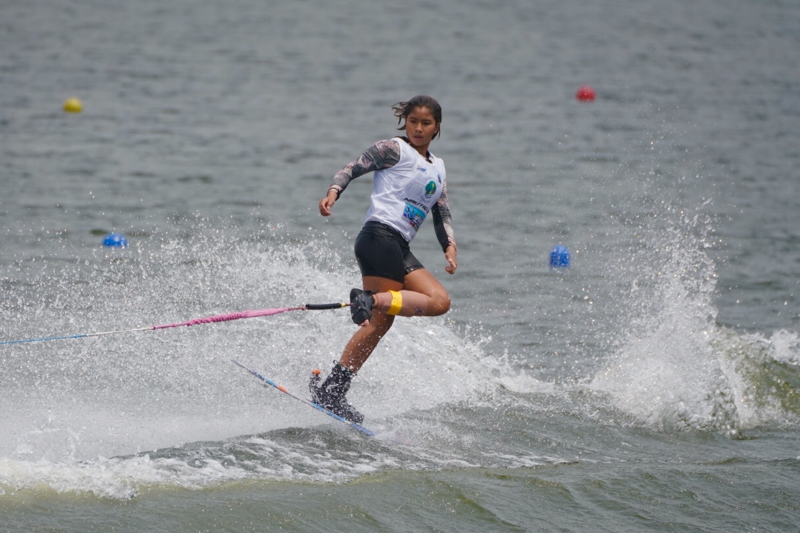 It’s a huge breakthrough for Malaysian waterski darling Aaliyah Yoong Hanifah as she reached her first final at the IWWF Waterski World Championships.

Starting eighth in the women’s tricks preliminaries series 2, the teenager was at her calmest under intense pressure as she racked up a total of 7,320 points at the Water Sport Complex, Putrajaya on Friday.

That temporarily put her in the lead and it proved to be more than enough as she eventually finished ninth.

Only the top 12 skiers progress to the final and Aaliyah’s achievement is a massive step forward as she becomes the first ever Asian skier to reach a tricks final.

Additionally, her score of 7,320 is also a brand new Asian record, erasing her own previous record 7,250.

It is shy of her personal best score of 7,600 but the spunky 16-year-old was simply elated just to make the final.

“I really don’t know what to feel right now. It’s just so cool to be in the final of the worlds,” said a delighted Aaliyah.

“I was super excited when I was executing my fifth and final flip and it feels really good to do well on home ground and have my family cheering by the shore.

“I’m also really proud of myself for handling the pressure well. There was so much pressure on my going into my tricks run and I usually don’t handle it so well.

“In fact this is only the third time I’ve scored more than 7,000 points. The first time was two years ago and the second was only earlier this year in Australia. Now I’m just super excited to ski in the final on Sunday,” added the tricks specialist. 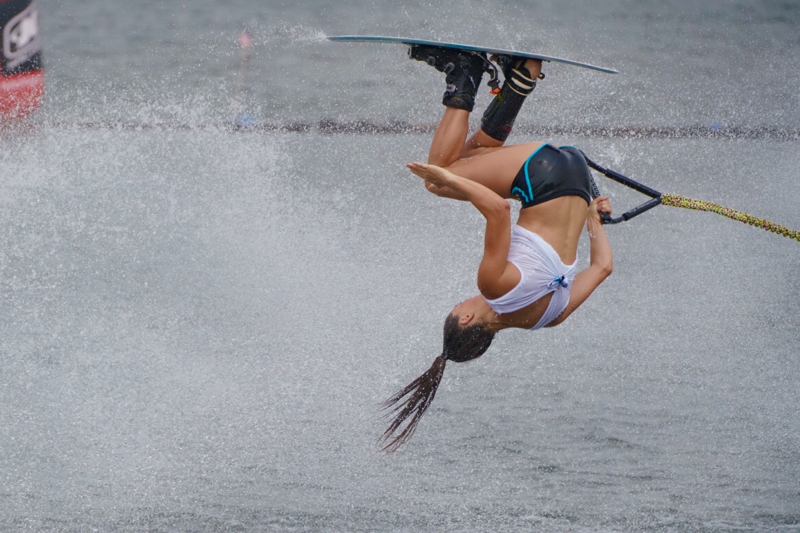 Reigning women’s tricks world champion Neilly Ross of Canada stamped her class by topping the preliminaries with a score of 10,350 followed by 2015 champion Anna Gay of the US with 9,770.

In third was a surprise with Germany’s Giannina Bonnemann with a score of 8,980 to edge out 2013 world champion Erika Lang who scored 8,850.

Earlier, there was a huge upset in the men’s slalom preliminaries as Dane Mechler of the US put up a stunning run to top the leaderboard.

“The condition was good when I went on. There was not so much wind so I probably got lucky as some of the top seeds had it more challenging as the day went on,” said Mechler.

“I’m pretty happy with my performance as my lifelong goal is to get a worlds medal. Getting into the final is the first step.

“I’m definitely happy to be the top seed going into the final and I’ll leave everything on the water and see how it goes.”

There quite a few upsets as some of the higher ranked skiers such as Domincan Republic’s Robert Pigozzi, Canada’s Stephen Neveu and US’ Corey Vaughn all failed to make the top 12 cut.

World record holder Nate Smith of the US also just about scraped in, taking 11th spot in a three-skier run-off with Czech Republic’s Adam Sedlmajer and Italy’s Carlo Allais. The Czech skier went on to pip Allais for the 12th and final spot in the final.

Meanwhile, due to heavy rain which disrupted the competition on Thursday, the women’s jump final will be rescheduled to Sunday instead. 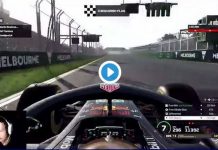