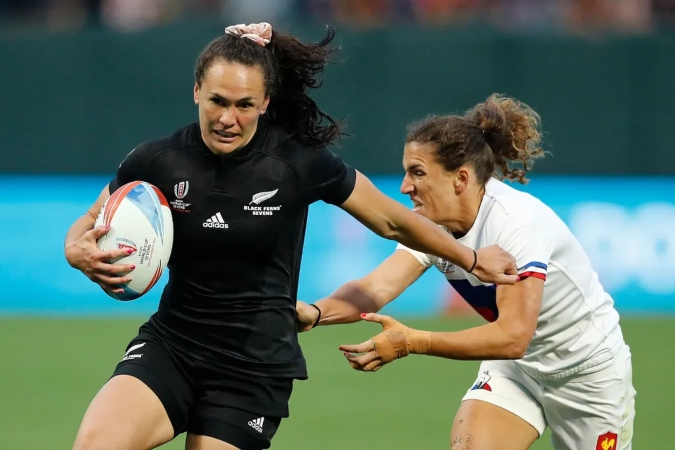 World Rugby has today confirmed JC Le Roux as an Official Supplier of Rugby World Cup Sevens 2022, which will take place from 9-11 September, 2022 at the Cape Town Stadium in South Africa.

JC Le Roux’s sparkling wine joins the expanding commercial family for Rugby World Cup Sevens in what is anticipated to be a huge year for the sport, with the HSBC World Rugby Sevens Series and Commonwealth Games both taking place before the world’s best head to Cape Town in South Africa in September.

Available from concessions and throughout hospitality areas at the Cape Town Stadium, fans will be able to enjoy JC Le Roux as they witness 24 men’s and 16 women’s international teams in action as they go head-to-head in a bid to become world champions.

World Rugby Chief Executive, Alan Gilpin, commented: “As the momentum for Rugby World Cup Sevens 2022 continues to build, we are delighted to welcome JC Le Roux to the commercial family for the pinnacle event in rugby sevens.

“Cape Town has a proven track record of hosting spectacular events on the HSBC World Rugby Sevens Series and we look forward to working with SA Rugby and our valued partners as we take rugby sevens to the next level in September.”

Distell Marketing Director Southern Africa Natasha Maharaj, said: “We are delighted to confirm that JC Le Roux is an official supplier of Rugby World Cup Sevens 2022 in Cape Town along with some of our incredible wines. As a brand when a bottle of JC pops, we want people to feel optimistic, happy and uplifted, enjoying good times, connecting with friends and meeting new people. Which is a perfect match for all the celebrations on the field and off, it gives us great pride to join the commercial family of such a prestigious event that will inspire so many not only here in South Africa but across the globe”.

Distell Managing Director Southern Africa Wim Buhrmann, said: “JC Le Roux as South Africa’s biggest sparkling wine brand, is synonymous with celebrating success and what better way to celebrate all the memorable moments of the Rugby World Cup Sevens 2022, on and off the field, than with South Africa’s favourite sparkling wine. We look forward to working with World Rugby and SA Rugby on the exciting journey to Rugby World Cup Sevens 2022.” – WORLD RUGBY