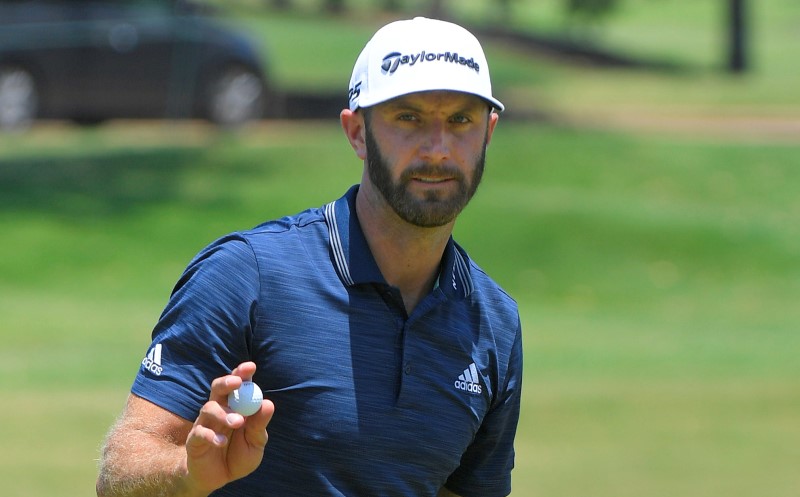 World number five Dustin Johnson will bid for a hat-trick of victories in the PIF Saudi International powered by SoftBank Investment Advisers this week facing what he feels is “probably the best field they’ve had”.

The American, who is competing in just his second event of the year, is the defending champion, having been victorious last year, while he also won in 2019 and was runner-up in 2020.

The US$5 million event is the opening event of the season on the Asian Tour and tees-off tomorrow at Royal Greens Golf & Country Club.

“Well, I mean, this year is no different than any other year,” said the 37 year old.

“Absolutely I’m going to try to do everything I can to put myself in a position to have a chance to win come Sunday. Yeah, obviously the field keeps getting better and better every year, so it gets a little harder and harder to win the trophy.

“They’ve done a great job with this event and keep bringing a lot of world-class players in. I think this year is probably the best field they’ve had. It’s a lot of talent, a lot of really good golfers. It’s going to be a challenge.”

Over 50 Asian Tour members are competing including six Asian Tour number ones.

The stellar line-up means the tournament features the strongest field in the history of the Asian Tour and it is also one of the most lucrative in the Tour’s history.

Two-time Major winner Johnson made his first start of the year at the Farmers Insurance Open on the PGA Tour finished in joint 25th place.

He said: “Last week was a good week, I felt like I played really solid. Difficult golf course, difficult conditions. Yeah, I felt like for my first week in a long time, the game held up quite nicely. Going into the last round on Sunday, I was kind of right in the middle of it. Played actually really well on Sunday, just scored really bad. Played better probably Sunday than I did any of the other days, but obviously shot a worse score.  But that’s golf.”

“Obviously since the first year I came, I’ve liked the golf course,” he said.

“I’ve obviously done pretty well here the last three years, so I look forward to coming over here. It’s a tournament I enjoy playing. It’s a golf course I enjoy to play, and yeah, it’s a place that, I have a lot of good memories.”

The Asian Tour is aiming to stage 25 events this season, which will include the 10 new International Series tournaments announced yesterday.