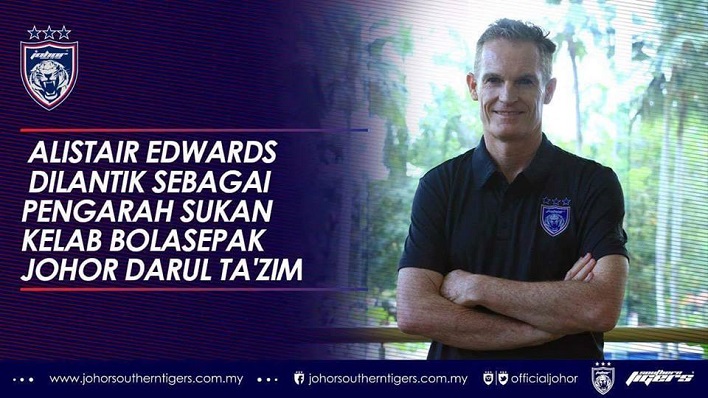 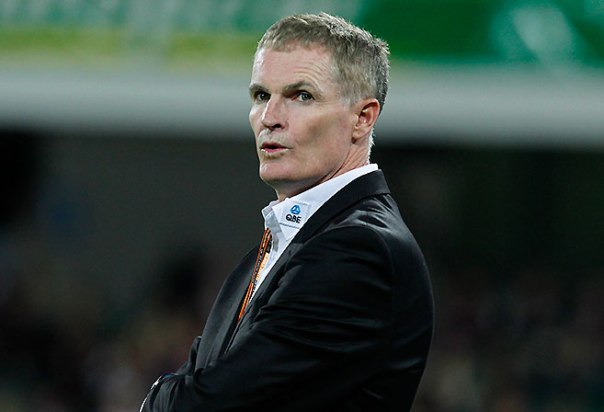 Johor FA through the JDT official Facebook page, the Southern Tigers said the former Australian international who played for Johor in 1991-1992 will be tasked with a few aspects like player’s transfer and negotiation deals as well as assist the head coaches of JDT I and JDT II in terms of managerial aspects.

Speaking of his appointment, Edwards who helped Johor bag a double – Malaysia Cup and Division One (currently known as the Super League) back in 1991 – was delighted with his return to the team he had once played.

“I think, it felt like coming home because I’ve spent two wonderful years here. Johoreans remember those good old days. To me it’s really sort of like a dream come through my involvement at this stage of my career.

“With all my experience I had in restructuring Australian football, I’m coming back here to assist this project and is a bit of a dream come true since I had always wanted to come back to Johor.

“It was a huge honour when the Prince of Johor (Tunku Ismail) asked me to assist the team,” he said in a special interview posted in the JDT Facebook page.

Edwards, the former Technical Director of FAM club side, Real Mulia FC was also full of praise for Tunku Ismail’s initiatives to bring about a huge transformation to the club.

“He knows what football means to the people of Johor and now since he’s in charge, he just wants to make sure we have continued success. And look what has happened since he took charge, JDT was fantastic, winning two titles – AFC Cup and Super League (last season),” added the former coach of Perth Glory in the Australian A-League.

Edwards is no stranger in the local football scene as he had also played for Sarawak and Selangor in the 90’s besides winning the golden boots (top scorer) with 13 goals while playing for Singapore in the Semi-Pro League in 1990. – BERNAMA