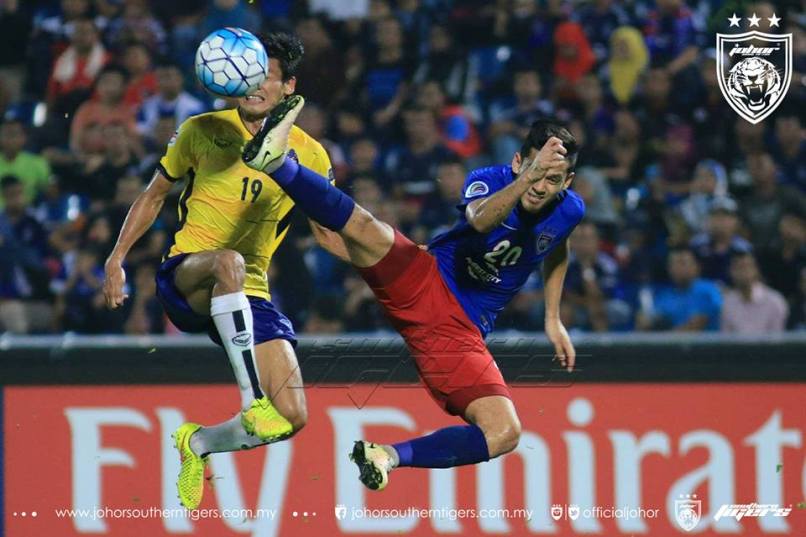 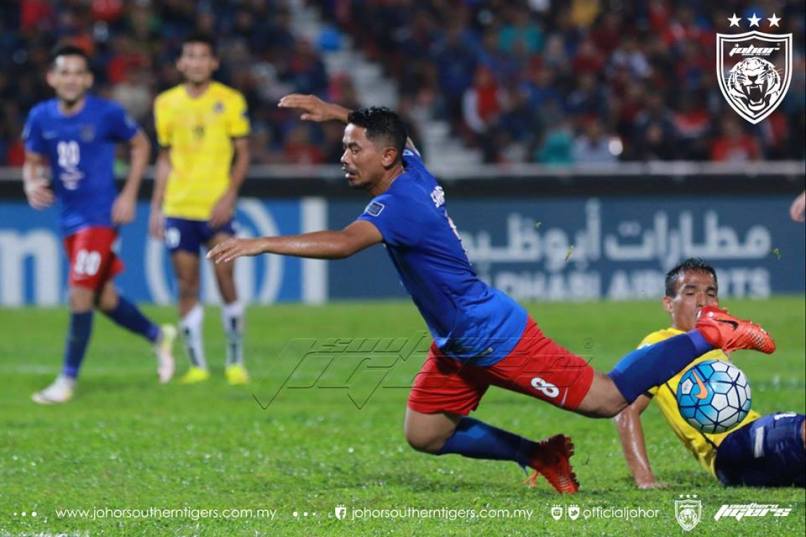 By Rizal Abdullah
The night belonged to Argentine hitman Gabriel Guerra as he blasted a hat-trick to help 2015 champions Johor Darul Takzim (JDT) advance to the zonal semi-finals as the best-placed runners-up in the Asean Zone in the AFC Cup competition.
The Southern Tigers came back from a goal down as early as the third minute for a convincing 3-1 win at the Larkin Stadium –  ‘Home of the Southern Tigers’ on Wednesday which gave the Johor outfit second place in Group F with 13 points. Global FC of the Philippines finished on top with 15 points.
Global also registered a similar scoreline in their win over Cambodia’s Beoungket Angkor at the Rizal Memorial Stadium in Manila.
However, Malaysia’s other team in the competition Felda United ended their campaign in Group G on a losing note – going down 4-1 to Hanoi of Vietnam at the My Dinh Stadium in Hanoi. The defeat sent the Fighters to the bottom of the group with five points.
JDT fell behind as early as the third minute with Kyaw Swar Lin’s flying header hitting the back of the JDT net past a rooted Hafiz Nadzli in goal.
Still, JDT were the better team on the night and defeat was never in doubt when Guerra made it all square after 15 minutes. His booming drive from outside the box gave Magwe keeper Phyo Kyaw Zin who chance at all.
The first half ended 1-1 before Guerra put a glancing header into Magwe’s net off a cross from skipper Safiq Rahim for a 2-1 lead in the 59th minute.
Safiq also had a hand in JDT’s third goal when he won a penalty after Saw Lin felled him inside the box. Guerra made no mistake from the spot to finalise the score at 3-1 in the 79th minute which left club owner Brig Gen Tunku Ismail Sultan Ismail a happy man in the VIP box.
At the My Dinh Stadium the homesters turned on the heat in the second-half as Felda crumbled under Hanoi’s onslaught. Nguyen Van Quyet’s hit a brace in the 76th and 86th minutes after Pham Duc Huy opened scoring on 52 minutes. Du Hung Dung got the fourth in the 90th minute before Felda netted their consolation goal seconds before the final whistle.
AFC CUP RESULTS
GROUP F
JDT (Mas)      3     Magwe (Mya)     1
Global FC (Phi)   3  Beoungket Angkor (Cam)  1
GROUP G
Hanoi (Vie)    4     Felda United (Mas)    1
Tampines    2      Ceres (Phi)     4