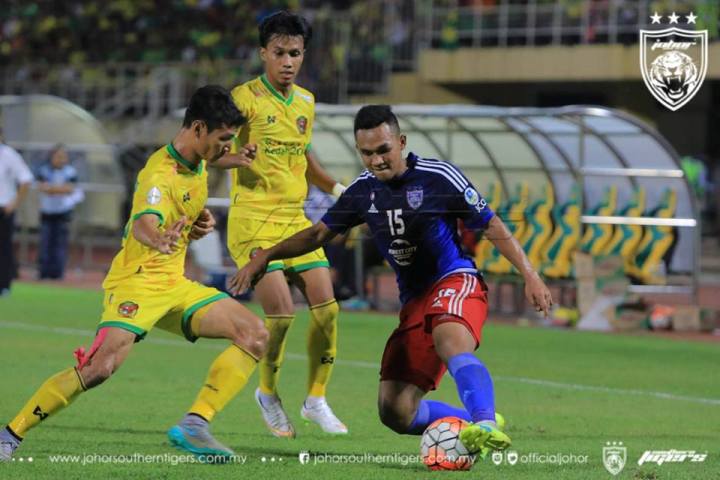 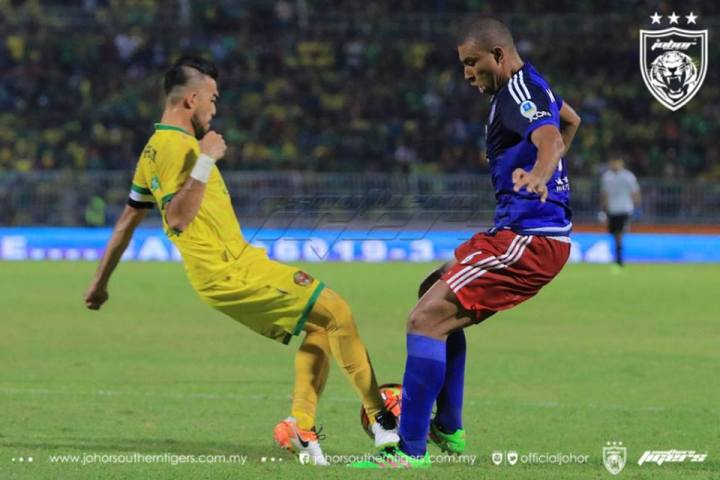 # JDT confident of riding on away goal cushion

However, the Southern Tigers remain as the favouriites for the silverware and are strongly favoured to reach the final – thanks to the away goal scored by Argentine Juan Martin Lucero.

The return-leg will be played at the Larkin Stadium, often referred to as “This is Larkin” on April 30 and the one goal deficit is not likely to pose a threat to JDT in their quest to win the FA Cup.

It was a very physical match with no less than eight players getting booked. The match was played before a packed stadium with more than 30,000 supporters from both sides,

The match was only 15 minutes old when Kedah took the lead through national trainee Farhan Roslan getting his name into the score-sheet. Roslan put his boot out to send the ball into the JDT past goalkeeper Farizal Marlias after Korean defender Bang Seung-hwan headed back a freekick by Baddrol Bakthiar.

The home fans went into a frenzy in celebrations but it was all square before the halftime break.

Jorge Pereyra Diaz set up fellow Argentine Juan Martin Lucero on the left and the latter’s shot at goal took a deflection off a Kedah player and looped into the far corner past a stunned Farhan Abu Bakar in goal on 27 minutes.

The Red Eagles, as Kedah are popularly known were celebrating again when Sandro Da Silva fired in a screamer from outside the box and into right corner past a desperately diving Farizal deep into injury time before the halftime break.

“The win does not mean much at this stage. We still have another half of the battle to be played at Larkin and we face a tough, tough hurdle playing away,” said Kedah coach Tan Cheng Hoe after the match.

“What makes me proud is that my players played with pride and commitment and were fully focused on winning. It could have been better if we had not conceded an away goal to JDT.

“Still, it was a very encouraging performance from all the players but Farhan Roslan needs mention for his high workrate and discipline on the field.”

Meanwhile, in another semi-final match played at the Hang Jebat Stadium in Malacca on Friday, PKNS FC were held to a 2-2 draw by Perak. The two away goals Perak scored in Malacca is a good cushion for the Super League side.

However, PKNS coach E. Elavarasan believes that his Premier League outfit is “still very much in the race” and is confident his team will turn the tables in the return-leg in Ipoh.

“We will bounce back in Ipoh,” said Elevarasan.

Gabriel Guerra scored a brace with goals in the 49th and 70th minutes with the first coming off a penalty.

But each time PKNS took the lead Perak hit back. The first equaliser for Perak came through a header by Nurridzuan Abu Hassan from a corner kick. Thiago Junio De Aquino fired home another header in injury time to stun PKNS.