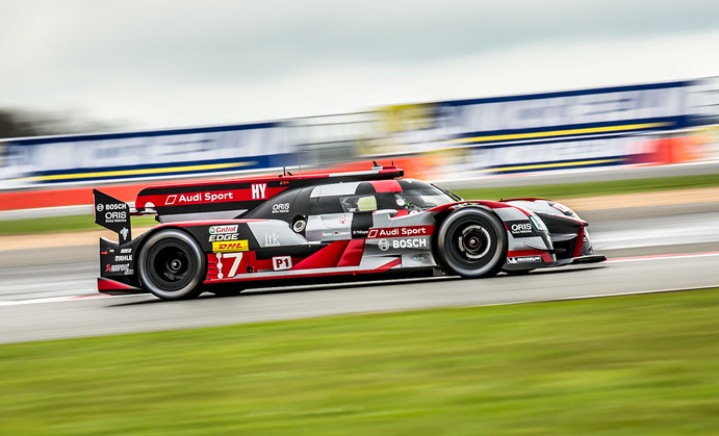 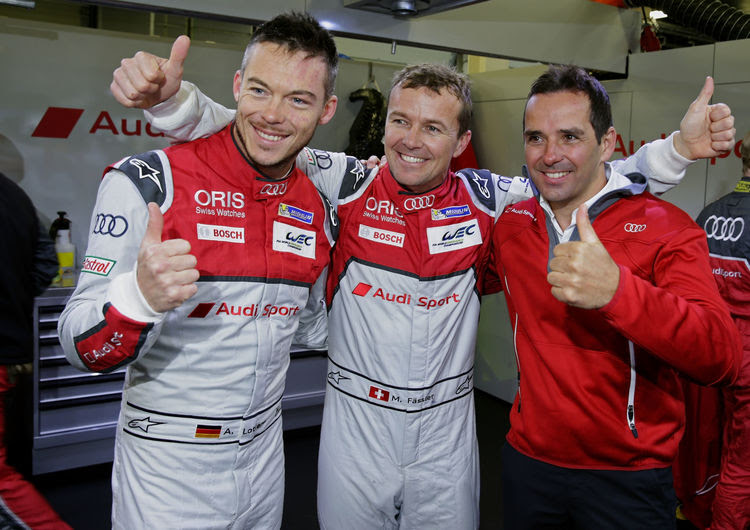 Flawless performance by both driver squads on wet track

Audi has established the best starting base for itself for the FIA World Endurance Championship (WEC) season opener in Silverstone. Car number “7” of Marcel Fässler/André Lotterer/Benoît Tréluyer (CH/D/F) set the fastest time, trailed by Lucas di Grassi/Loïc Duval/Oliver Jarvis (BR/F/GB) in number “8” with a gap of just one tenth of a second.

For Audi, it has been the twelfth occasion of setting the fastest time in the FIA WEC which has been held since 2012.

Snow in the morning and a stopped third free practice, wet tarmac and a track temperature of six degrees centigrade around noon: the conditions for the first qualifying session in the 2016 season were anything but ideal.

Still, Audi scored the first point of the season for setting the best time in the final qualifying session at Silverstone in the UK. “Congratulations to our driver squads and to the team on today’s performance,” said Head of Audi Motorsport Dr. Wolfgang Ullrich. “Our team perfectly prepared the cars and our drivers made the best of these challenging conditions.”

André Lotterer on rain tires initially took the top spot. “We had no idea what to expect. But we made the right decisions and were fast enough,” said the German. Subsequently, Marcel Fässler took over the number “7” hybrid sports car.

“Qualifying was fun. The car gave us very good feedback. ‘Thank you’ to the team that’s been putting in a lot of long and hard hours lately,” said the Swiss. Loïc Duval in the sister car was similarly fast in spite of initially having been slowed by some rivals. “Unfortunately, I didn’t find a clear lap in the beginning and afterwards the tires were a little worn,” said the Frenchman. Lucas di Grassi in car number “8” subsequently battled for position one up to the last lap.

“We nearly made it, but we can be happy this way as well. Our race car feels well balanced,” the Brazilian said.

On Sunday, the hybrid sports car featuring a new design and delivering some 1,000 hp of system output will have to prove its potential across the distance of a six-hour race. The first of nine FIA WEC rounds will start at 12:00 local time (13:00 CEST) on April 17. The race decision can be watched on Eurosport in a live 130-minute television broadcast starting at 17:00 CEST.