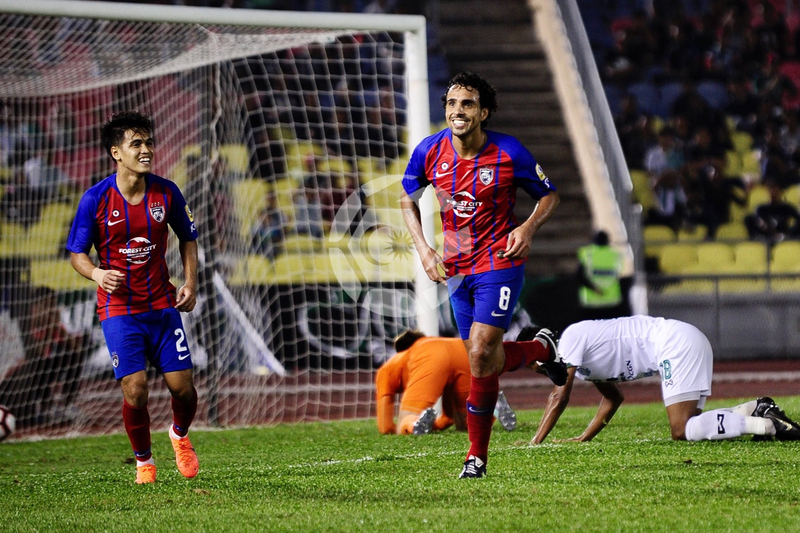 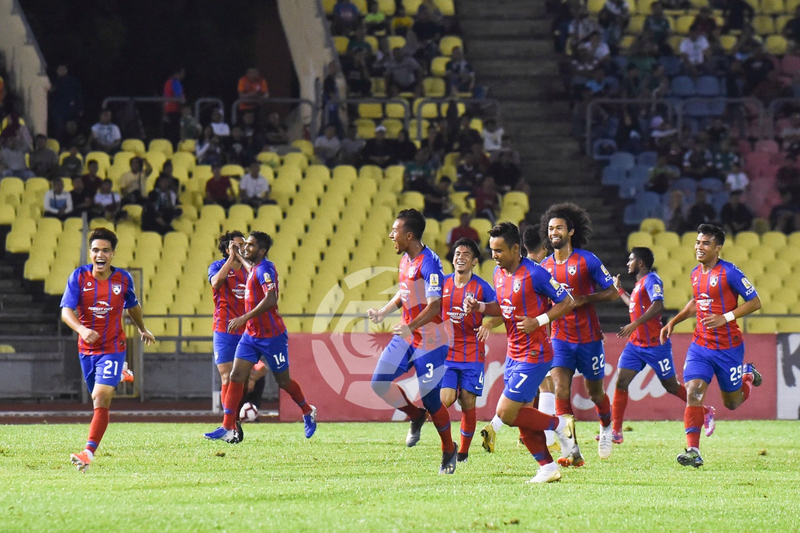 Johor Darul Takzim walked away with their sixth successive Malaysian Super League title with a 2-1 win over Melaka United at the Hang Jebat Stadium on Wednesday with four matches to spare.

The Southern Tigers have 46 points from 18 matches – 16 points more than second-placed Pahang with 30 points with a match in hand. Pahang was at the receiving end against Selangor on Tuesday at the Shah Alam Stadium, losing 2-5.

Kedah defeated Petaling Jaya City FC 3-2 at the Darulaman Stadium in Alor Setar on Wednesday to move up a rung to third place to dislodge Selangor. Kedah has 29 points to Selangor’s 28.

JDT was never in doubt of winning their sixth league title which has been theirs since 2013 and took the lead against Melaka as early as the seventh minute through national player Nazmi Faiz Mansor.

Brazilian Diogo Luis Santo increased the tally to 2-0 on 27 minutes and it was tough going for Melaka from then on.

Still, the home team did pull a goal back through their evergreen veteran Shukor Adan who was quick to react and slotted home a rebound from JDT keeper Farizal Marlias who blocked a penalty by Davy Angah in the 84th minute.

In Alor Setar, the Red Eagles staved off a late fightback by the City Boys to edge Petaling Jaya City 3-2 to keep alive their hopes of a top-three finish in the 12-team Super League.

Petaling Jaya City scored twice in six minutes through Washington Brandao (60th) and G. Gunasegaran (66th) but could not stop Kedah from a 3-2 win.

International Baddrol Bakhtiar opened the scoring for Kedah after 15 minutes before adding two more in the second half. Farhan Roslan got the second in the 49th minute before Fernando Rodriguez sealed the winner on 76 minutes.