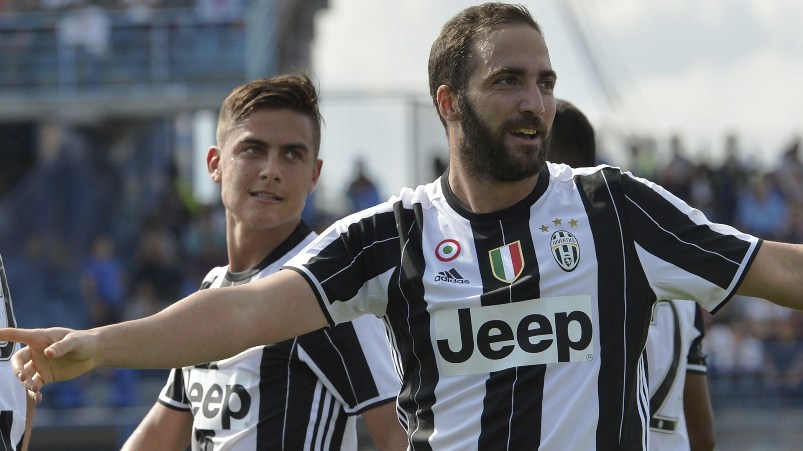 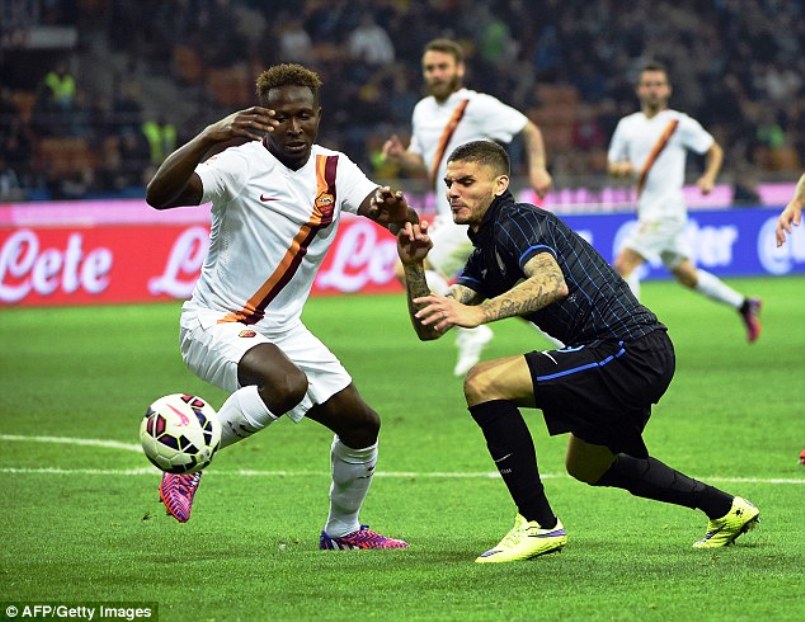 A brace from Gonzalo Higuain helped send Juventus four points clear of title rivals Napoli on a day of contrasting fortunes for Inter and city rivals AC Milan on Sunday.

Juventus travelled to Empoli, where the hosts’ best result against the Bianconeri was a scoreless draw in 2008, confident of ensuring that they would remain on top of the table going into the international break.

Yet the Turin giants missed a host of first-half chances before Argentine striker Paulo Dybala finally broke the deadlock on 65 minutes with a close-range strike.

Higuain then pounced on Mario Lemina’s precision pass only two minutes later to beat Lukasz Skorupski from the edge of the area.

Three minutes after that, the Argentine cheekily dispossessed Marco Zambelli yards from the Empoli goal to round the Polish ‘keeper for his second of the day as Juve claimed a 3-0 win.

Higuain moves on to seven goals in all competitions this season, six in Serie A, in which he is level with compatriot Mauro Icardi after Inter stumbled to a 2-1 defeat at Roma’s Stadio Olimpico.

“The lads did great on what is a difficult ground to play at,” Juventus coach Massimiliano Allegri told Premium Sport.

“They had a few counter-attacks because we didn’t finish the job off on several occasions, but it was a different story in the second half.

“Once we scored, everything became much easier.”

Juventus are aiming for a record sixth consecutive Serie A title this season and Napoli’s first reverse of the campaign, away to Atalanta, is a welcome boost.

Napoli coach Maurizio Sarri, speaking immediately after a 4-2 win over Benfica in the Champions League on Wednesday, had warned of the potential dangers of their trip to Bergamo.

After a bright start that saw Lorenzo Insigne’s free-kick whizz past Etrit Berisha’s upright, the visitors were stunned by Andrea Petagna’s ninth-minute opener and failed to recover.

Papu Gomez’s cross inched over the head of Kalidou Koulibaly inside the area, but after ricocheting off the face of Faouzi Ghoulam the ball fell kindly for Petagna to drive past Pepe Reina at the ‘keeper’s near post.

Sarri goes to great lengths to talk down Napoli’s hopes of winning a first title since 1990 after he took over from Rafael Benitez last year.

On Sunday, the Napoli handler turned philosophical when he said: “We have to improve against opponents who are aggressive. These kinds of games, at difficult grounds, are the limit for us.

“But if we’re going to get better, we have to play these kinds of games. It’s up to us to show we deserve to bring the points home.”

Inter Milan went off in search of a fourth win of the campaign that would keep their early season title hopes afloat.

But Frank De Boer’s men had to wait until the 72nd minute to respond to Edin Dzeko’s fifth minute opener, Ever Banega beating Wojciech Szczesny with a well-taken strike.

Only minutes later, Kostas Manolas rose to meet Alessandro Florenzi’s well-struck free kick to fire a bullet header past Samir Handanovic and secure the points that moved Roma up to third at five points off the lead.

“This is a huge win for us, and for the fans,” said Roma’s Dutch midfielder Kevin Strootman.

“We’d dropped too many points, especially away from home. Now, we can look ahead.”

De Boer admitted his side had succumbed to Roma in the opening half but added: “We totally dominated the second half, a draw would have been a fairer result.”

City rivals Milan, meanwhile, got the chance to offer club owner and president Silvio Berlusconi a late 80th birthday present with a thrilling, come-from-behind 4-3 win over Sassuolo at a buzzing San Siro.

“I got a phone call from the president, Berlusconi, who offered me his congratulations,” Milan coach Vincenzo Montella told Mediaset, one of the several companies owned by Berlusconi.

“I told him the boys really wanted to win tonight to be able to dedicate this victory to him as a birthday present. He was very happy.” – Agence France-Presse