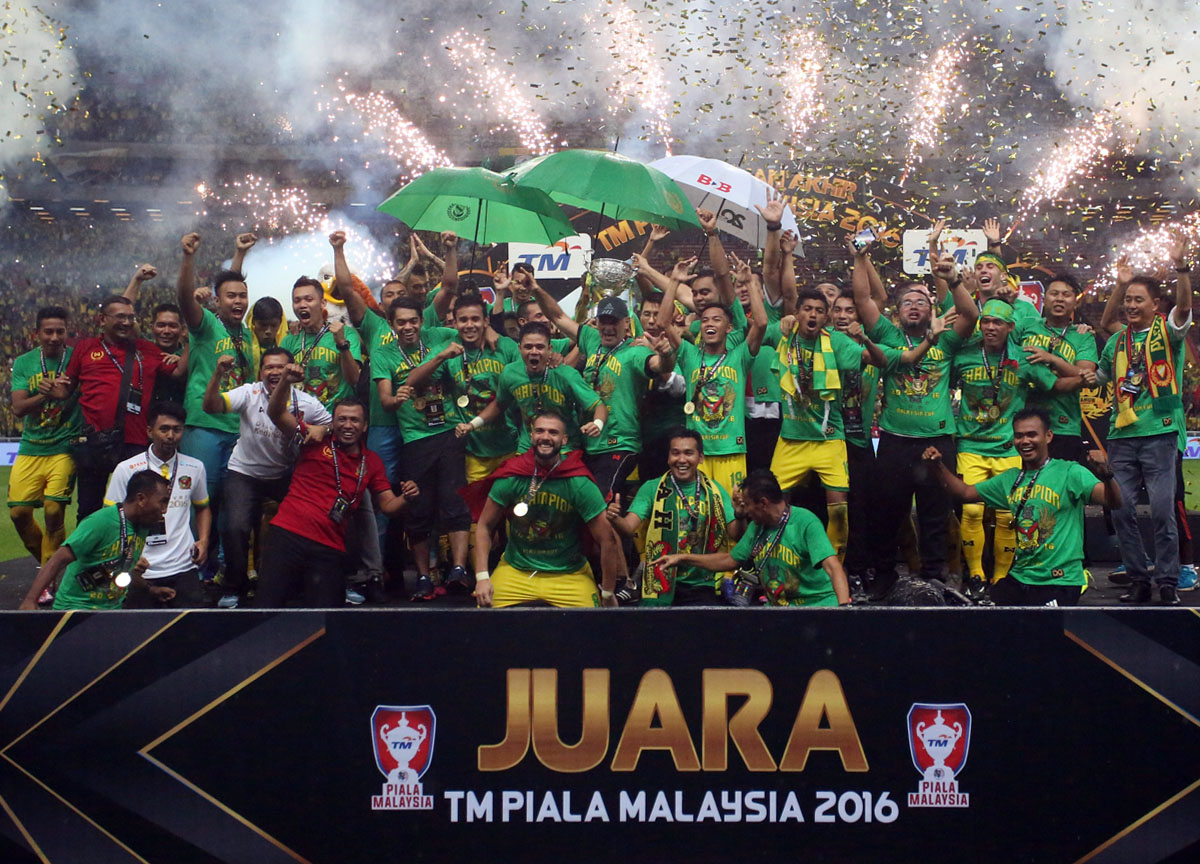 # Each player will be rewarded with RM25,000 bonus

Rizal Ghazali opened accounts and then closed the accounts with the winning penalty as Kedah dethroned defending champions Selangor in dramatic fashion with a 6-5 win in penalty-shootout in Sunday’s Malaysia Cup final at the Shah Alam Stadium.

Fittingly, Ghazali was named Man of the Match in the final which was watched by more than 80,000. Both teams ended regulation time tied 1-1 extra-time failed to produce a winner.

It was Kedah’s fifth Malaysia Cup title – having won in 1990, 1993 and the famous double treble in 2007 and 2008 when the Red Eagles completed a clean sweep by alo winning the League Cup and the FA Cup.

The State Government had earlier declared that Monday will be a public holiday in Kedah if the team wins the Malaysia Cup. The Kedah Chief Minister also announced that each player will be rewarded with a RM25,000 bonus for bringing the most sought after silverware in Malaysian football to Kedah after a seven-year wait.

Rizal Ghazali, with a big dose of footballing luck, opened scoring for Kedah on 52 minutes when his strike took a deflection off S. Veenod and the ball looped into the Selangor net past a confused Khalid Azhan in goal.

But that lead was cancelled out by Ahmad Hazwan Bakri when he drilled home a low shot past Kedah’s young goalkeeper Ifwat Akmal, 20. After this it was a tale of missed chances by both sides.

In the lottery Kedah came off winners to spark a night of celebrations with Rizal Ghazali firing home the winner as the Red Eagles’ fans rejoiced in the steady rain that became heavier in extra time.

In last year’s final Selangor trooped off 2-0 winners over Kedah to complete their “Mission 33” under coach Mehmet Durakovic.