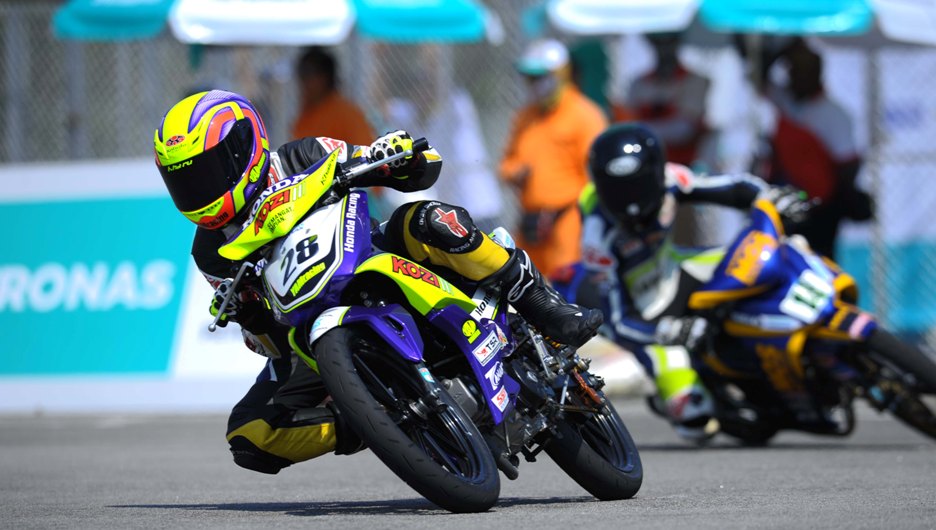 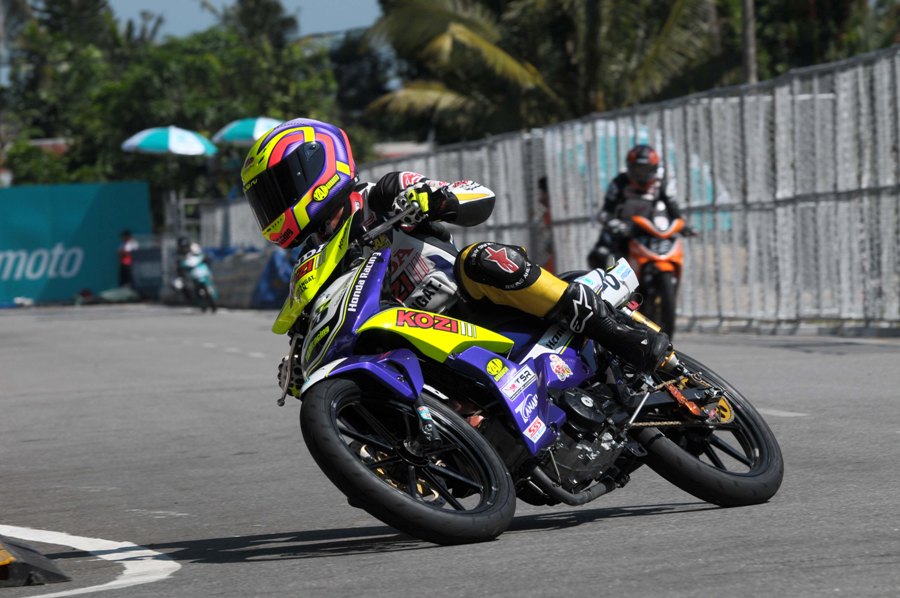 Honda one-make graduate, Khairul Idham Pawi has his sights firm on winning both the national and regional championships just three years after starting his career as a professional motorcycle racer.

“It may seem a bit far fetch, but I want to win both WIRA and ADC titles this season. I’m going to try my hardest to accomplish that,” said Khairul who dreams of making it to the world championship in the future following the footsteps of World Moto2 Championship contenders, Azlan Shah Kamaruzaman and Hafizh Syahrin Abdullah.

The Perak born rider is certainly on the right path, swiftly making progress in both championships. In the age-capped Cub Prix WIRA, Khairul has finished the first two out of ten rounds on the podium – a third place finish in Batu Kawan and a victory in Muar last weekend to sit in second overall in the standings with 41 points, just four points adrift title rival Khairul Ikhwan Ajis (Mos Track Pro Yamaha Racing).

The 16-year old also leads the ADC standings with 50 points having secured a double-victory in the ARRC season opener at the Sepang Circuit two weeks ago.

Although confident he has what it takes to meet his objectives, Khairul remains cautious of rivals who he believes will only get better as the season advances.

“It’s only a matter of time before they catch-up. We are still early into the season and everyone is still looking for pace. It will only get harder from here.”

“Nevertheless, I am fully prepared to face all the obstacles. I’ve been working hard throughout the season break, continuously training and learning about the different setups for Underbone and CBR250 bikes with the engineers. I have also studied a lot of different strategies by watching races from previous seasons. Hopefully, this will help keep me on top of the game throughout the year,” added Khairul.