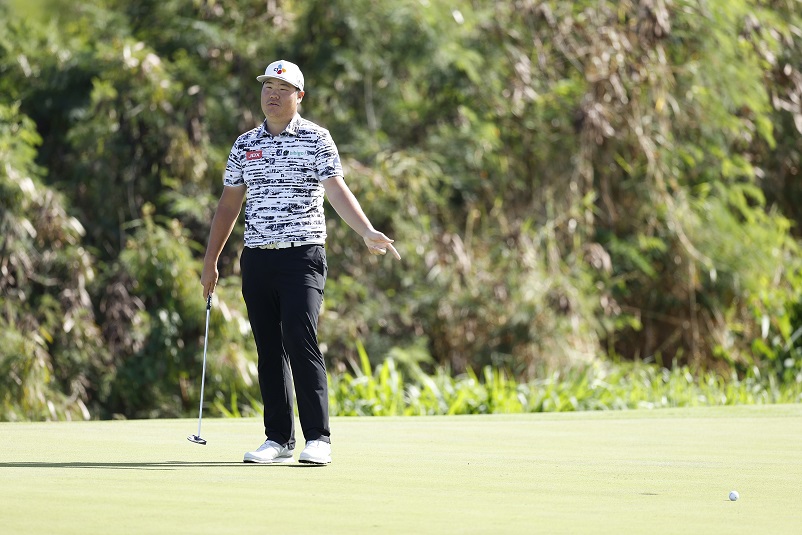 Korea’s Sungjae Im began his New Year in typical fashion with an impressive top-five performance in his Sentry Tournament of Champions debut at the Plantation Course at Kapalua in Maui, Hawaii on Sunday.

The 22-year-old Asian star concluded his week in a share of fifth place alongside 2019 winner Xander Schauffele following a final round of 4-under 69, thanks to three closing birdies, for a 21-under 271 finish.

Im ended four shots behind winner Harris English, who triumphed over Joaquinn Niemann in a sudden-death playoff after both players tied on 25-under 267 after an enthralling final day. Defending champion Justin Thomas settled for lone third place, one shot shy of the playoff after signing off with a 66.

Straight-shooting Im began the final round four off the pace and birdied his opening hole from five feet before giving away shots on Hole Nos 2 and 3. With his putter staying cold for much of the day, he battled gamely before finishing strongly with birdies on Hole Nos. 13, 16, 17 and 18 for his 16th career top-10 in what was his 72nd career start on the PGA TOUR.

Japan’s Hideki Matsuyama, the other Asian representative in the elite 42-man field limited to tournament winners in 2020 and the top-30 finishers from last season’s FedExCup final standings, finished at the opposite end of the leaderboard following rounds of 73-75-72-68 for a 4-under 288 aggregate to finish tied 41st.

*defeated Niemann with a birdie-4 on the first extra hole (No. 18)