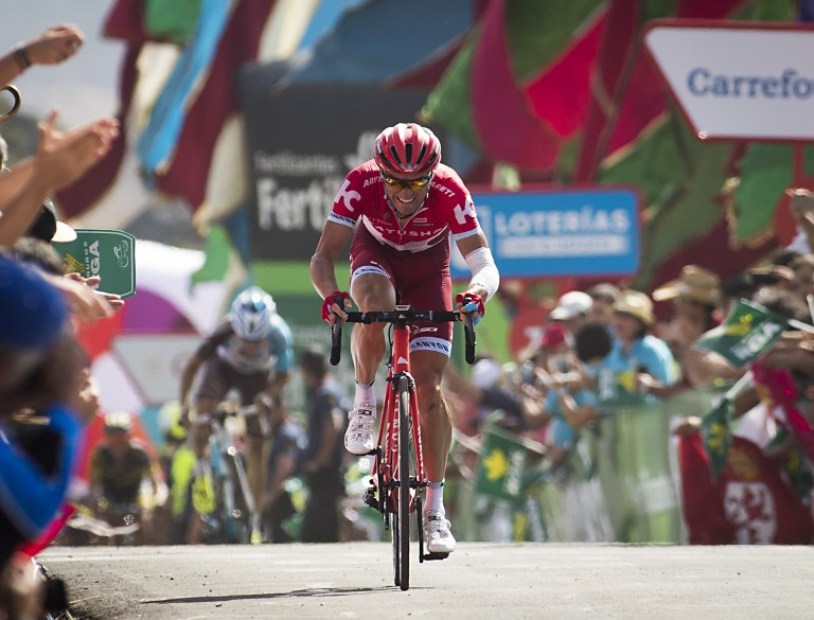 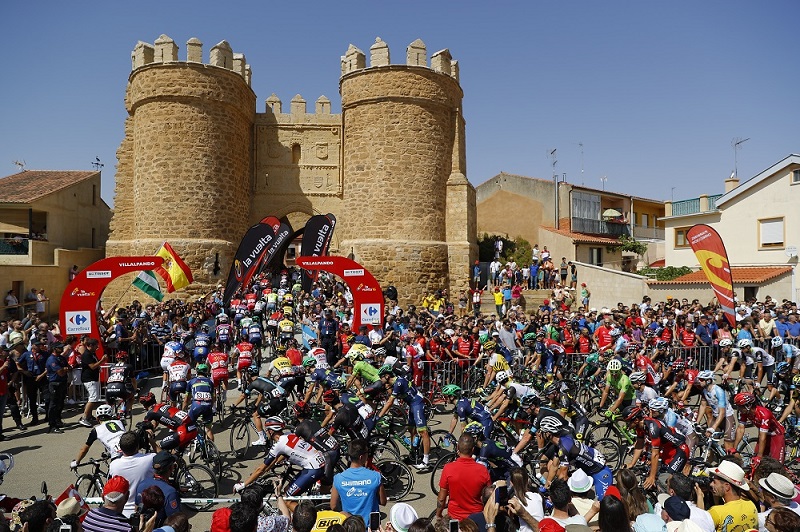 Uzbekistan’s Sergey Lagutin claimed a gruelling eighth stage of the Vuelta as Colombian Nairo Quintana climbed his way into the leader’s red jersey on Saturday.

Lagutin was part of an 11-man breakaway that built up an enormous lead and beat out French duo Axel Domont and Perrig Quemeneur on the steep category one climb up La Camperona to win in the 181.5km stage in a time of 4hr 9min 30secs.

“To win a stage like this in a Grand Tour, at 35-years-old, I still can’t believe it. I guess it proves it’s not all over for me.”

Behind the breakaway group the general classification contenders battled it out on the eight-kilometre climb to the finish.

And Quintana finally got one over Chris Froome after failing to challenge the Brit’s procession to a third Tour of France win in July when he dropped Froome, Alberto Contador and Alejandro Valverde in the final two kilometres.

Quintana finished 25 seconds ahead of Contador and 33 in front of Froome and Valverde.

Froome remains third overall but is now 27 seconds back on Quintana with Valverde second, just 19 seconds adrift of his Movistar teammate.

Overnight leader Darwin Atampuma fell to sixth after finishing over two minutes behind his compatriot Quintana.

“We have achieved our principal objective which was to get the leader’s jersey and take some seconds off our rivals,” said Quintana, who disappointed despite finishing third at the Tour de France.

“We controlled the climb to see how it would start. We started with a lot of caution because we expected the attack from Froome, he attacked and we knew how to respond.”

Contador responded well having suffered severe cuts and bruises in a crash towards the end of Friday’s seventh stage.

The three-time Tour of Spain winner had even called on the three kilometre rule, when rider’s times are calculated three kilometres from the end of the stage if a serious crash occurs, to be implemented on all stages to prevent major pile-ups.

Contador climbed to seventh overall, still 1min 39sec down on Quintana after a tough start to the race.

Froome is attempting to become the first man to win the Tour de France and Tour of Spain in the same year since 1978.

And the Sky rider wasn’t too disheartened about being shown a clean pair of heels from Quintana.

“It was a tough climb. Nairo showed he was in good condition, chapeau to him,” said Froome.