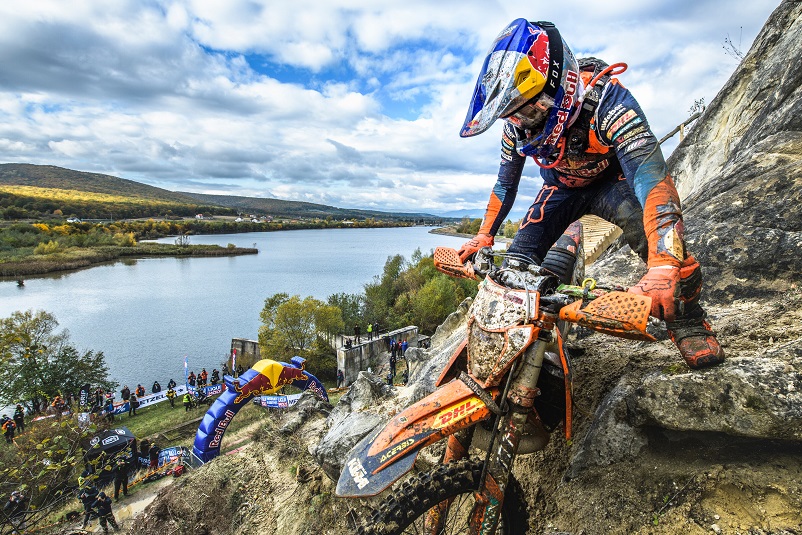 The German rider is crowned King of the Carpathians.

Red Bull KTM Factory Racing’s Manuel Lettenbichler won the 17th edition of Red Bull
Romaniacs, putting in a superb performance on the demanding fourth and final day in Sibiu, Romania to secure the overall win by more than two minutes.

– The 22-year-old proved his class across four tough days of action, finishing second on day
one and day three, as well as claiming victory on day two.

– Heading into the final day, it was a straight shootout between Lettenbichler and the vastly
experienced Graham Jarvis, a six-time Red Bull Romaniacs champion.

– Separated by just 25 seconds after 16 hours of racing, Lettenbichler mastered the worsening conditions as light rain made the already slippery hills even more treacherous.

The 2019 WESS champion finished day four in third place to secure the overall title for the second successive year.

– Commenting on his victory at the Vertical Madness edition of Red Bull Romaniacs,
Lettenbichler said: “I’m over the moon, it really is amazing. It’s been such a tough year for
everyone and it’s cool to get another win here at Romaniacs. I started well but couldn’t believe how fast Graham was going – he was riding so good over the whole four days so
congratulations to him.”

– He added: “We were riding together a lot over the event and that really kept me motivated. It was hard coming into the race to as there has been so little racing this year and you don’t know how you are skill or fitness-wise. I’m super happy to take the win.”

– Commenting on his performance, Jarvis said: “I really wanted that win, but it wasn’t to be. I knew with only 25 seconds it would be a big ask, but I still won two days this week so it’s not bad for an old guy!”