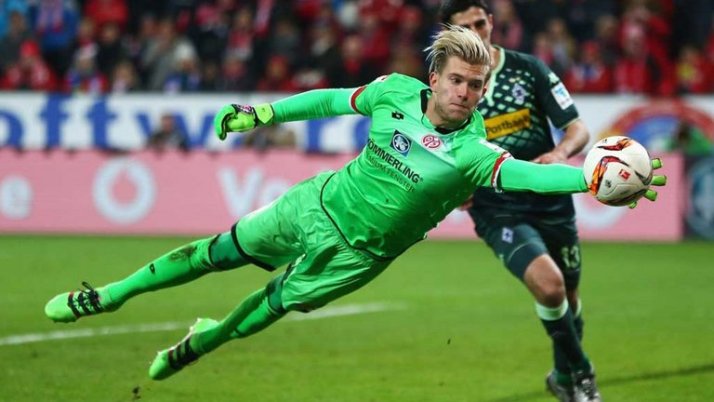 Liverpool signed Germany Under-21 goalkeeper Loris Karius from Mainz on Tuesday for a fee reported to be £4.7 million ($6.8 million, 6.1 million euros).

The 22-year-old has taken the number one shirt with the approval of Reds boss Jurgen Klopp, while the error-prone Mignolet currently wears number 22.

Karius, who was in Manchester City’s youth academy for two years before returning to Germany in 2011, will provide much-needed competition for Belgium international Mignolet, whose position has not been threatened since arriving three years ago despite a number of unconvincing performances.

“It’s a very good feeling and it’s an honour to play for a club like this,” Karius told Liverpool’s website.

“I know a lot about the club from watching them on TV. The history, everybody who plays football knows. There’s a lot of things in my head when I think of this club.

“I spoke to the manager and I had a good feeling afterwards because he told me what he wants to do with the club and with the players.

“It was a good talk with him and after that I was convinced this was the right decision.”

Karius is Klopp’s third signing since taking over in October, having secured deals in January for Schalke centre-back Joel Matip and Red Star Belgrade midfielder Marko Grujic, who both arrive at Anfield later in the close-season.

“I am delighted we have signed Loris, he has had a fantastic season with Mainz and has developed into a very good goalkeeper since his return to Germany,” Klopp said.

“I am really pleased that we were able to move so quickly to get him and that Loris has shown such a desire to come to Liverpool with a lot of other clubs interested in him.

“I know he will add to the quality we have in this position.” – Agence France-Presse