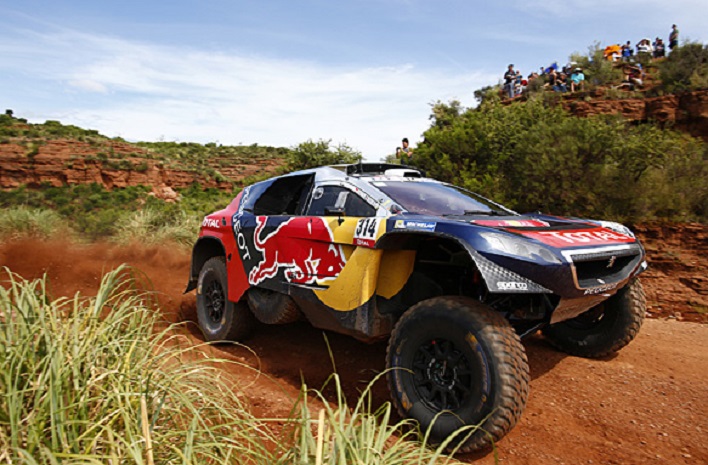 The French driver, behind the wheel of a Peugeot, took the fifth stage between Jujuy in Argentina and Uyuni in Bolivia to extend his lead in the overall standings.

“It was a good day. I pushed really hard from the start. I had a good feeling and the car was perfect again, so there’s nothing to add,” said Loeb.

“It was a good day and tomorrow we will be first on the road so it maybe will be another story, but it’s a part of the experience that we have to take.”

Loeb also showed no ill-effects from having to race in Bolivia’s notorious, lung-busting high altitude which peaked at 4,600m on Thursday.

In the overall standings, he now leads 11-time winner Peterhansel by 7min 48sec and is 13min 26sec ahead of Sainz.

Qatar’s Nasser Al-Attiyah, the 2015 champion, is fourth in a Mini after finishing fourth on Thursday.

Al-Attiyah was 3min 7sec behind Loeb on the stage but is 14min 16sec off the pace overall and admitted the Peugeots were looking almost unbeatable.

“Yesterday and today never have I pushed in my life like this. We drove at more than 100 percent, but we have no chance against the Peugeots, no chance,” said the Qatari.

“It’s impossible, if the Peugeots don’t stop, it’s difficult to catch them.”

In the motorcycling section, Australia’s Toby Price, who was third overall in 2015, won the stage on his KTM.

Price clocked 4 hrs 3 mins 44secs to see off KTM teammates Stefan Svitko, by 2:33 minutes, and Matthias Walkner at 2:40 off the lead.

Antoine Meo, the world enduro champion and another KTM rider, had finished second before being demoted to eighth after receiving a five-minute time penalty.

Portugal’s Paulo Goncalves, who was 8:56 behind Price in 12th spot, still leads the overall classification with a 1:45 advantage over Svitko and 1:47 in front of Price.

“This marathon stage was definitely difficult. Today was a little bit tricky with the navigation. I had to stay on top of the game,” said Price.

“I caught a couple of other guys and got in some dust. I made a couple of little errors in the end there, because I was a little too worried to take my eyes off the road. It was a pretty crazy track.” – Agence France-Presse