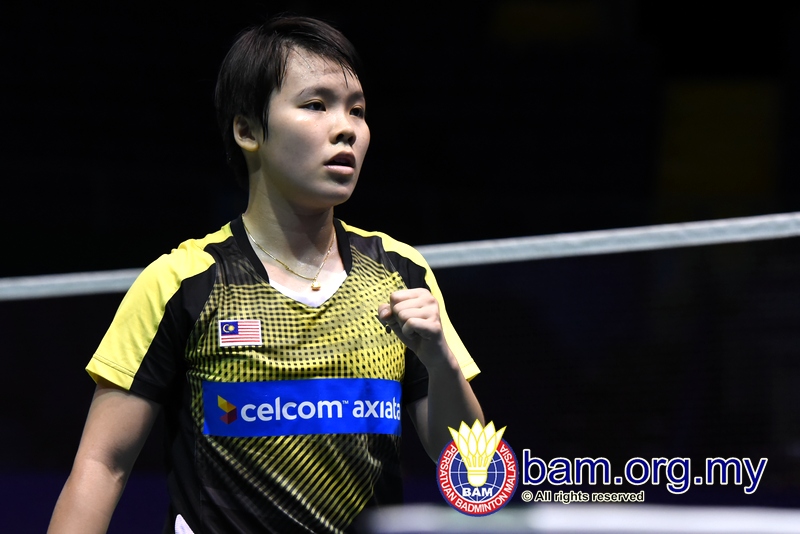 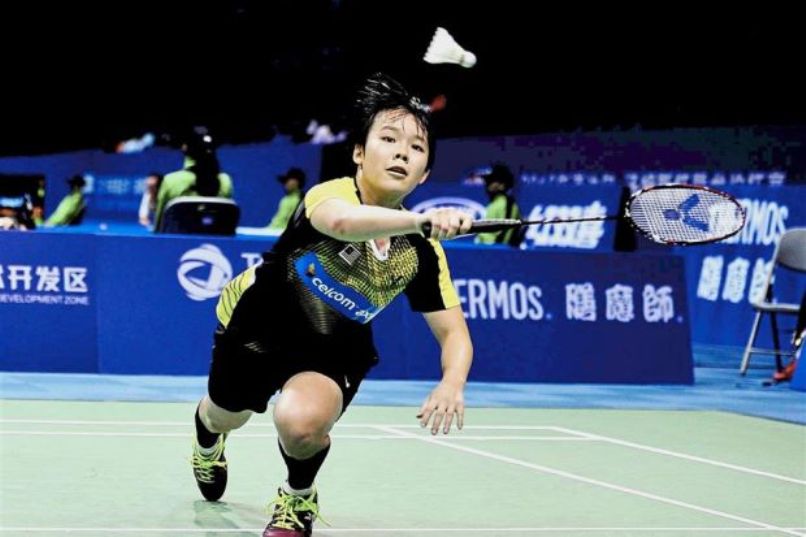 The statistics do not favour her but Malaysians are counting on rising star Goh Jin Wei as the best hope in the women’s singles in the USD350,000 Malaysia Masters at the Axiata Arena in Bukit Jalil.
The 18-year-old Malaysian, ranked 28, goes into the fray with a first round match against world No 5 and  third seed Akane Yamaguchi of Japan – who holds a 5-0 head-to head count against the Malaysian – on Wednesday.
Jin Wei, in her previous encounters with the Japanese, Yamaguchi came off winner in the Badminton Asia Championships in Wuhan in 2016 and 2017, the Sudirman Cup in Gold Coast (2017) and the Thailand Masters and Victor China Open last year.
However, it stops at that. The Malaysian “gem” has come of age after clinching a grand double last year to say farewell to her junior career on a golden note last year.
She became the first Malaysian to win the gold medal in the Youth Olympics in Buenos Aires (October) and a month later regained the world junior title in Markham, Canada. Jin Wei first won the world junior title in Lima, Peru in 2015.
Jin Wei, the 100PLUS Ambassador, has found new confidence in her game and is now ready to throw in her challenge for a place in the 2020 Tokyo Olympics. The Olympic qualifying rounds begin on May 1.
Incidentally, Yamaguchi is one of the two idols in Jin Wei’s badminton career. The other is Thailand’s Ratchanok Intanon.
“I have never beaten her in my previous five meetings with Yamaguchi but I hope to turn things around in my home tournament,” said Jin Wei, who is also the reigning Sea Games champion.
Her first four meetings ended in straight games defeat but she managed to take a game off the Japanese at the China Open in September last year where she lost 23-21. 12-21, 21-15 in a Round of 32 match.
“There is added drive in my game now. I feel more confident in my game and with the Olympics next year I want to break into the top 20 this year. This, I am confident. I will be able to achieve.”
Malaysia’s other hopes in the women’s singles are 36th ranked Soniia Cheah and Lee Ying Ying (45). Soniia will face China 15th ranked Gao Fangjie while Ying Ying who lost to Indonesia’s Fitriani Fitriani in the first round in the Thailand Masters, will be up against Russian Evgeniya Kosetskaya (32). – BY RIZAL ABDULLAH