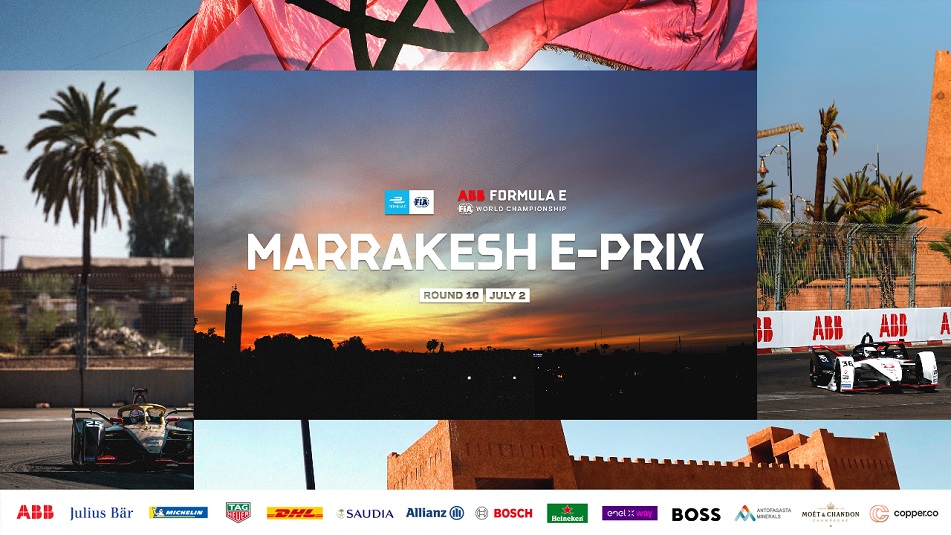 Marrakesh will host Round 10 of the ABB FIA Formula E World Championship on Saturday 2 July, Formula E and the FIA announced today.
The Marrakesh E-Prix 2022 will again be held at the Circuit Automobile International Moulay El Hassan street circuit with the support of local authorities and restores the schedule of 16 races in Season 8 after the Vancouver E-Prix was postponed. Sixteen races is the biggest-ever race calendar in an ABB FIA Formula E World Championship season.
It is the fifth time the Moroccan city of Marrakesh will host an E-Prix, subject to FIA World Motor Sport Council and ASN approval, following the Season 3 debut in November 2016 and further races in 2018, 2019 and 2020.
Ahead of the Marrakesh E-Prix, Rounds 7 and 8 of the ABB FIA Formula E World Championship take place this weekend with the 2022 Shell Recharge Berlin E-Prix featuring a double-header of races on Saturday 14 May and Sunday 15 May.
Stoffel Vandoorne currently leads the Drivers’ standings while his Mercedes-EQ Formula E Team currently tops the Teams’ championship.