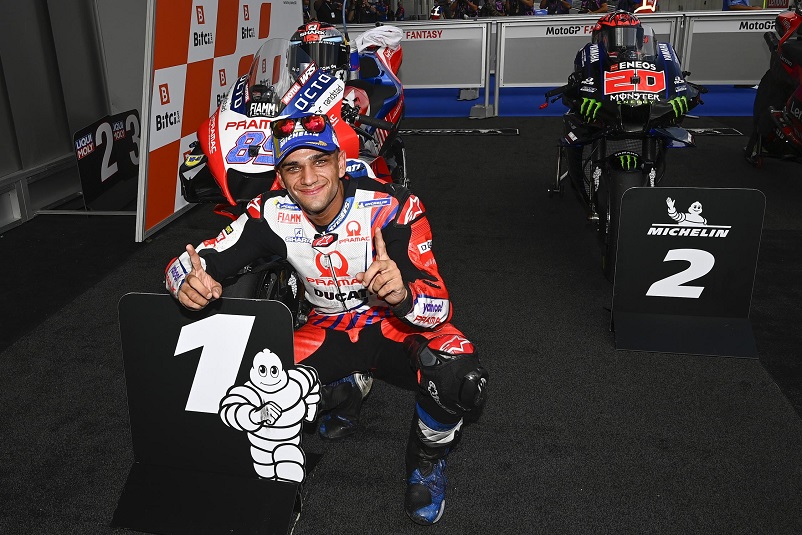 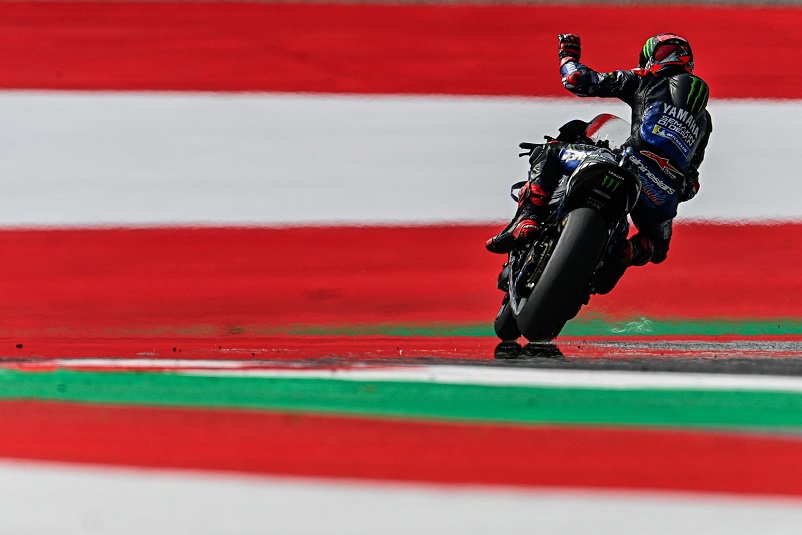 It all came down to the final flying laps for the top two places in Q1. Martin led Rins by 0.2s but Oliveira and Alex Marquez (LCR Honda Castrol) were all setting red sector times, with the Portuguese rider eventually cementing P2 by just over a tenth from Rins, with Martin sailing through as the fastest rider with a 1:23.197.

Pitlane then fell silent, Queen rang around the Red Bull Ring speakers as we waited to see who the King of qualifying would be in Austria. Johann Zarco’s (Pramac Racing) 1:23.984 was the initial benchmark time but that would be beaten on the next set of laps, as teammate Martin launched his GP21 went P1 by over three tenths.

However, Quartararo was lighting up the timing screens and the Frenchman soared across the line to set a brand-new, blistering lap record: a 1:22.677. An unreal effort from El Diablo saw him hold a 0.360s advantage over Martin as the riders pitted for fresh Michelin rubber. Joan Mir (Team Suzuki Ecstar) went P3 with just over four minutes to go, before Bagnaia placed himself into P3 with his first accountable lap time of Q2.

Marc Marquez (Repsol Honda Team) climbed to P4 on his last lap but attention then turned to the two Pramac Racing Ducatis: Zarco and Martin. The latter was clinging onto the coattails of his teammate and through Sector 3, the rookie sensation was 0.176s under Quartararo’s time.

Zarco took the chequered flag first and moved ahead of Marquez to P4, but Saturday afternoon belonged to Martin once again in 2021 as the Martinator claimed pole and a new lap record by 0.034s. A magnificent effort from Martin to beat Quartararo, the two finishing well clear of Bagnaia in third.

How the other Q2 contenders finished

Zarco was smiling back in the garage and will launch from the spearhead of Row 2 in fourth place, the Frenchman is joined by 5th place Marc Marquez and sixth place Jack Miller (Ducati Lenovo Team). World Champion Mir lines up in P7, 0.7s away from pole, as Aleix Espargaro (Aprilia Racing Team Gresini) and Oliveira complete Row 3.

Brad Binder (Red Bull KTM Factory Racing) will be hoping to pull another Sunday masterclass out the hat from 10th, the Hondas of Pol Espargaro (Repsol Honda Team) and Takaaki Nakagami (LCR Honda Idemitsu) will start from 11th and 12th respectively.

If Saturday is anything to go by, then Sunday’s MotoGP™ encounter is shaping up to be a stunner in the Styrian mountains. Can Martin make it two poles and two wins at the Red Bull Ring? Find out when Round 11 from Austria gets underway at 14:00 local time (GMT+2).