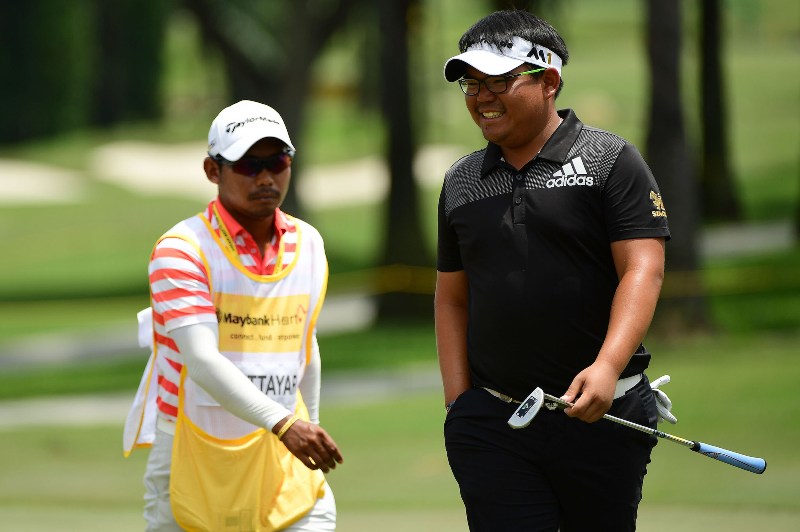 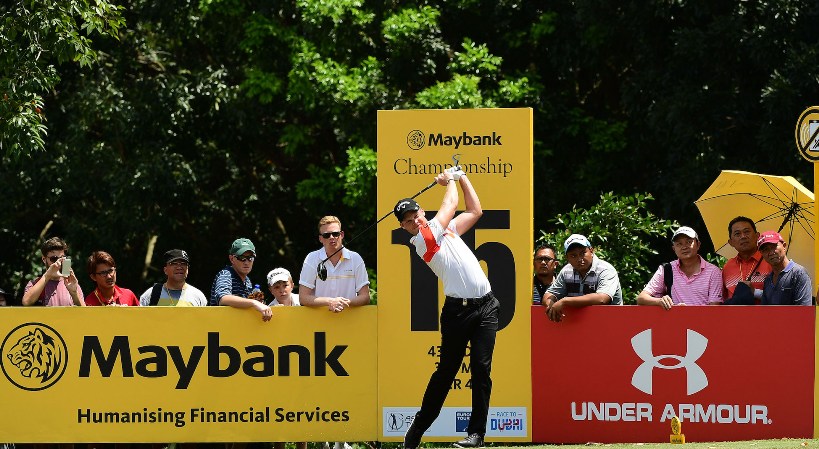 Reigning Masters Tournament champion Danny Willett streaked into a three-shot third round lead after shooting a five-under-par 67 at the Maybank Championship on Sunday.

The 29-year-old Englishman, who trailed by one stroke overnight, sank six birdies, including at the final two holes, at Saujana Golf and Country Club to lead from 2015 Asian Tour Order of Merit champion David Lipsky of the United States, who returned a 68.

Frenchman Alexander Levy fired a 67 on another sun-kissed day at the US$3 million tournament co-sanctioned by the Asian Tour and European Tour for third place, four back of Willett while Thailand’s Panuphol Pittayarat (66) and K.T. Kim of Korea (69) were amongst those bunched in equal fourth position, five strokes back.

Indian star Anirban Lahiri, the 2015 Asian Tour number one, missed a bunch of putts in his round of 69 to end the third round in a share of ninth position.

Willett showed his class on golf’s “Moving Day” to lead on 16-under-par 200 but was somewhat fortuitous on the par five 18th hole when his approach shot ended behind a spectator’s marquee before going on to make an unlikely birdie.

I hit an okay drive (on 18) and it leaked a little bit and nipped in by the palm trees on the right. I had 221 yards for a 247 flag and just tried to hit a big cut down out of the right. It was pretty tricky, you needed to miss that first palm tree with the leaves hanging over.

I hit it well but it’s just gone absolutely bullet straight, and in the air I’m thinking it should probably pitch just short of the grandstand and it flew a lot further then I thought! It could have gone anywhere but luckily it’s just gone around the back and you just go and drop in the drop zone. It comes and goes, the luck. I missed a couple of putts but there were a couple of loose swings in there. I still hit good shots when I needed to hit them.

I would have taken a 67 at the start of the day. It spreads the top five and top six guys out a bit more and further away, and I’m probably going to go hit a few and make a few little minor tweaks here and there and try to get the driver to where it’s been most of the week.

I’m not sure what will win it to be honest, depends on if we pitch up and it’s flat calm. I think there’s a few guys that can go low if it’s windy like this. One or two under par is a good knock out there so I think it all depends on the weather tomorrow.

I played really well today, didn’t it my best coming into the greens. I drove it well and scrambled well and I’m pretty happy with what I shot. Just keep doing what I’m doing. I’m playing pretty well and giving myself opportunities. I’ll need to take advantage of the par fives. That’s what I need to do. My last birdie before 18 was on 10 so I’m happy to have made that. Danny and I are friends and it’ll be neat out there competing.

The key this week has been to hit fairways and greens and to hole some putts. Today, I holed a lot of putts. I was striking it really well, didn’t hole enough putts the first two rounds and I’ve spent a lot of time on the practice putting green and I guess it paid off.

They call it Moving Day and in the last three events of the third round, I think I’m plus eight. I’ve been playing my first and last rounds really good. This week, I’ve kept to my routine. I’ve tried to not think it’s Saturday. I just tried to think it’s a practice round, take it easy and chill out. It came out really good.

It’s the first time in seven years that I’ve not missed the cut in my first three events. I’ve prepared myself really well for the new year. I’m hungry for it and I want it really bad but as I’ve said, I will try to stick to my routine and take it easy.

I made a three putt bogey on the second hole. Hit my irons pretty good but some of my tee shots were not good. From the 11th, it was a bit better but I missed many birdie chances on the last four holes. It’s okay as I missed a few tee shots.

The greens here are difficult. Like on 16, it looks like a right to left break but the grains go from left to right. So it’s difficult to figure them out. I didn’t birdie any of the par fives today which isn’t good.  Five shots behind the leader is quite tough. Just keep trying. Playing my irons good and if I can hole a few more putts and have a good start, maybe I have a chance.

Scores after round 3 of the Maybank Championship being played at the par 72, 7186 Yards Saujana GCC course (am – denotes amateur):