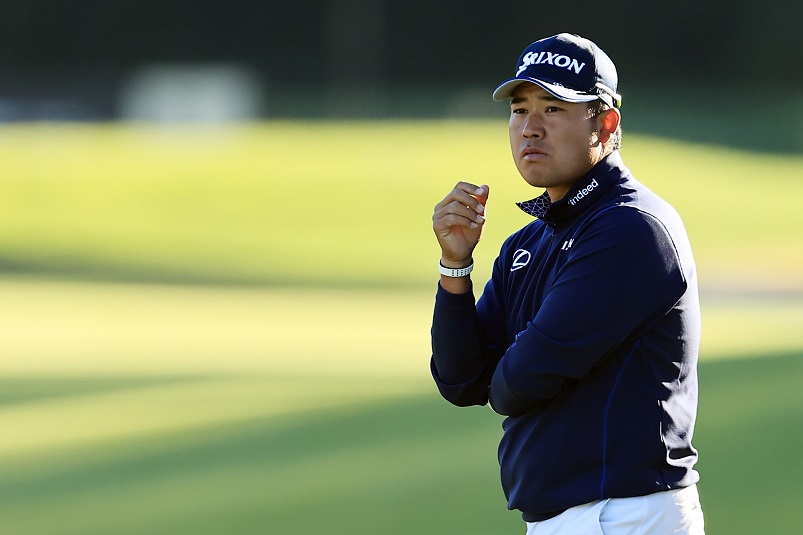 As Hideki Matsuyama continues to bask in glory and accolades following an historic Masters Tournament triumph, the Japanese golf star keeps proving that his success is not just about himself.

On Friday, the 29-year-old received the Prime Minister’s Award from Prime Minister Yoshihide Suga in Tokyo in recognition of him becoming the country’s first male major champion.

His thoughts were immediately on the people of Japan.

“Due to the influence of the coronavirus, both worldwide and across Japan, we are all living different lives, but even in these times, if this win can provide a sliver of hope to people, and inspire more kids, or even just one kid to want to try and play golf in the future, that makes me extremely happy. I am very happy to receive the Prime Minister’s Award for winning the Masters,” said Matsuyama, who is the 34th individual recipient of the prestigious award.

Prime Minister Suga praised Matsuyama for delivering a monumental victory which lifted the spirits of the Japanese people, some 10 years after the country was devastated by earthquake and tsunami.

The tragedy occurred in 2011 just weeks before Matsuyama was due to compete in his Masters debut. He initially wanted to pull out after seeing first-hand the devastation which included damage to his university, Tohoku Fukushi University.

However, he was encouraged to play for the Japanese people and finished as leading amateur.  He also witnessed Phil Mickelson slipping the green jacket on winner Charl Schwartzel in Butler Cabin, a privilege he enjoyed three weeks ago when Dustin Johnson did the honors for him.

“First and foremost, congratulations on your great achievement of winning the Masters,” said Suga, who added that U.S. President Joe Biden had taken note of Matsuyama’s achievement when the two leaders met at a summit recently.

“With this year marking the 10th anniversary (of the Great East Japan Earthquake), through your tremendous accomplishment of winning the Masters, you have given great courage and hope not only to those that were directly affected, but to the rest of your fellow countrymen and women as well, and I express to you our sincerest thanks and gratitude.”

Matsuyama, who presented Masters mementoes to Suga, added: “Looking back on the 2011 Masters, even after 10 years, I can still remember how grateful I felt receiving so much support from everyone in Tohoku and across the entire country.”

A six-time winner now on the PGA TOUR, Matsuyama expressed hope that a new generation of golfers will emerge from the Land of the Rising Sun in a year when Tokyo will also host the Olympic Games in July.

“If by me winning the Masters inspires little children to think that they too can now win the Masters, then that makes me extremely happy. I’d be thrilled if other athletes and kids look at golf and want to get better. I will continue to do my best,” he said.

Matsuyama has been touted as a candidate to light the Olympic Games cauldron but utmost on his mind is to win the gold medal at Kasumigaseki Country Club, the same venue which saw him lift the Asia Pacific Amateur Championship title a decade ago.

“This just makes me want to work even harder and do even better, and I thank you all for your continued support. I will work hard to win a gold medal in the Tokyo Olympics,” he said.

Inscribed on the Certificate of Commendation which Suga presented to Matsuyama include the following text: “We hereby honor you and your achievement that has greatly contributed to the promotion of sports in Japan, conveys the importance of perseverance to our people, and provides dreams and hopes that are truly remarkable.”

Indeed, Matsuyama is now living his dream and possibly creating new dreams for generations to come.