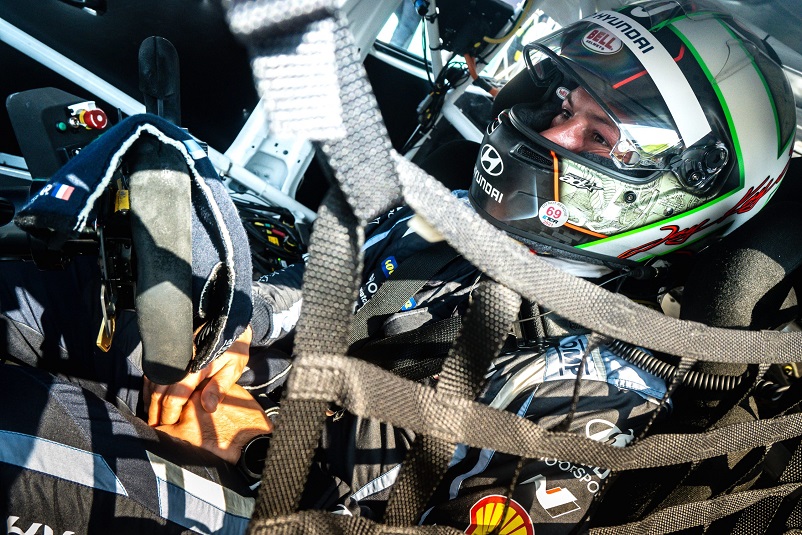 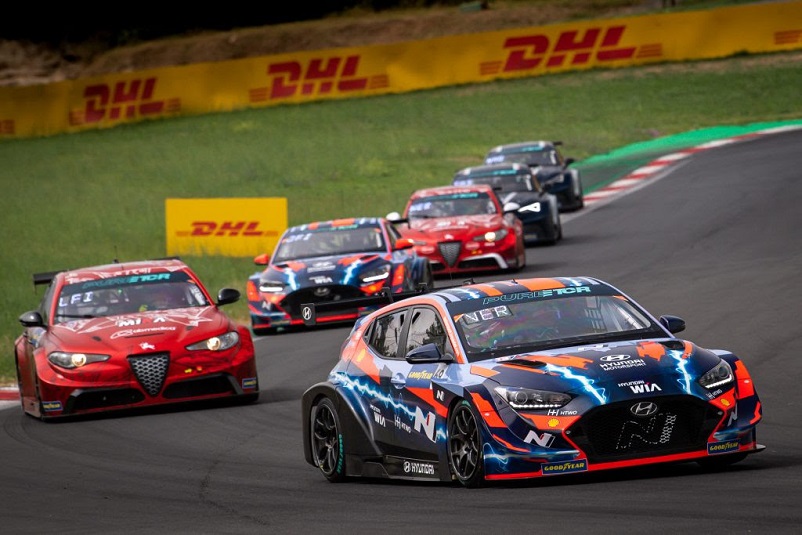 Frenchman is also a strong contender for the FIA WTCR crown

For virtually the entire PURE ETCR season, Jean-Karl Vernay has been the closest rival in the Drivers’ standings to CUPRA’s series leader Mattias Ekström.

With just one round to go, the Frenchman sits second in the table, 29 points away from Ekström with 77 on offer at Pau-Arnos E-Circuit in his home country.

With just the five-way title shoot-out to come, we caught up with the Hyundai Motorsport N driver to get his view on the season so far and what’s to come this weekend…

Jean-Karl Vernay: “Yes and no. Sure being second is not bad and our target was to fight for the championship – I’m second in the points right now so we’ve achieved that. It was no surprise to see where CUPRA were at the start of the season at Vallelunga, but we expected to be where they were too, and we had to work hard to gain back some of the pace we were missing there and in MotorLand. We were pretty close though. The only weekend where I was not super-happy was Copenhagen because we had an issue with the start in the Time Trial and with nobody having Power-Up that weekend it made it nearly impossible to overtake in the SuperFinal, so the start became more important than normal. We’ve been super-consistent and if it were not for being drawn in the worst starting position in a couple of Battles, the picture could look pretty different. It’s probably a tougher contest right now because Romeo Ferraris-M1RA made some progress and were able to take some points away from both us and CUPRA recently.”

JKV: “The Time Trial at MotorLand. I couldn’t do Battle 2 because of a technical issue, and then we had the Veloster N ETCR ready and I could set pole position for the SuperFinals, ahead of Mattias [Ekström] and Luca [Filippi]. That was very satisfying – a fantastic job by the team.”

JKV: “The Time Trial in Copenhagen. I was very confident because I’ve always performed well at street tracks; Macau, Pau, Toronto, St Petersburg… But we had an issue with the traction control that weekend, so I lost nearly one second in the first few metres. After that my lap was virtually perfect, so it was quite frustrating not to be able to start reversing the gap to Mattias that weekend. The whole team worked really hard on this after the event.”

JKV: “The double-headers; 100 per cent. It’s just not easy to keep swapping from the PURE ETCR car to the WTCR car and then back again. I’m fighting for both championships, so it’s not really possible to prioritise one over the other – they’re both equally important for me and for Hyundai to try to win. At MotorLand I got to the track at 06h30 and left at 21h00 on each day and there’s no time to relax and get some energy back. It’s more mentally tough than anything else. The Time Trials are a big challenge too because it’s just one lap with 500kW, and you really don’t have a chance to do many practice laps on that power setting. You do WTCR qualifying and then come into the PURE ETCR Time Trial and it’s different braking points, different speeds, a different technique because you’re switching from front-wheel-drive to rear-wheel-drive… It’s a challenge, but I’m super-proud that Hyundai asked me to do both programmes and I very happy to do it too.”

JKV: “It’s quite a fun track; like a rollercoaster with all the ups and the downs. I did a test there in 2007 when I was racing in the F3 Euro Series. It’s actually a long time since I did any racing in France, so it will be nice to be back in front of a home audience. I really love the region where the circuit is; it’s very beautiful, but Pau is also the city that gets the most rain in France, so maybe that will add an extra dimension to the event. Maybe CUPRA will play things too safely and we can take a risk and win it. Anything can happen.”

JKV: “Obviously I hope it’s going to be us. If it’s not, CUPRA will make good champions because they’ve led since Day 1 in Vallelunga. They certainly have the best chance because they’re ahead on points. I’m sure it’s going to be a good fight because we’ve been getting stronger and stronger all year, but if we don’t win then we simply have to congratulate them. Naturally we’re all focused on our jobs and we aim to win in France and end the season on a high. Our line-up is incredibly strong and there’s lots of motivation from everybody involved to keep pushing, keep learning and keep getting faster. I do think I need a podium at the very least – it’s not really possible to be champion without it – but depending on how the draw goes, I could lose 10 points to Mattias on the first day and never get them back, or I can gain 10 points on the first day and use that as a platform to gain even more in the SuperFinal. If I close in on Saturday, the fight’s really on. It’s something outside of your control, but it makes things interesting and it’s one of the reasons I really like PURE ETCR. The atmosphere has always been good in the team and that’s a real motivator. I’m super-happy to be a part of this and hope I can continue with the project next year.”