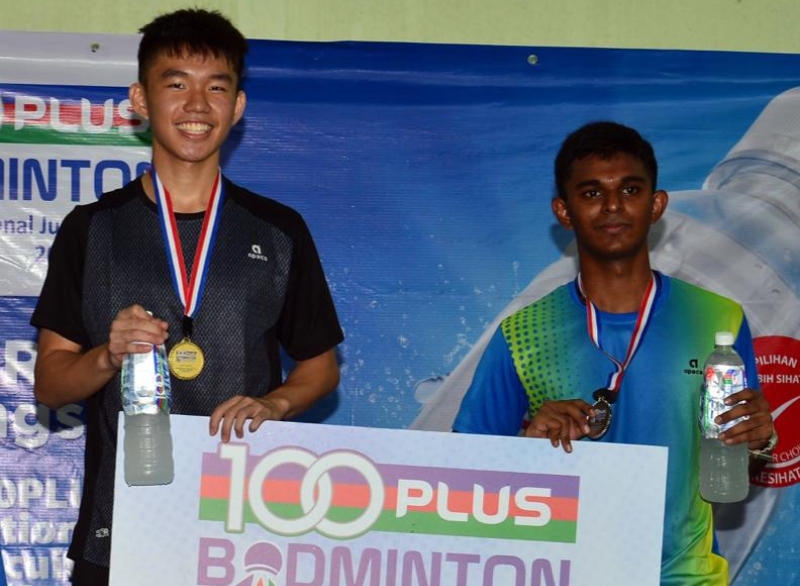 Hosts Melaka, Kedah, and Negri Sembilan won three titles each in the National Junior Circuit (2nd-leg) in Division Two held in Melaka while in Pahang swept seven titles in Kuantan in Division Three in the final held on Sunday.

Kedah celebrated victory in the Girls’ Under-16 doubles when second seeds B. Pannimaller-K. Yeshveeni turned the tables on top seeds and defending champions – Perak’s Chew siblings – Jia Hui and Jia Wern – prevailing 14-21, 21-17, 21-18 victory and revenge for their defeat in the final in the first-leg in Alor Setar in March.

Perak won the Boys’ singles and doubles in the Under-14 category with Muhd Al-Imrab Jasni clinching a double. In the singles, he upset compatriot and top seed Ng Jhi Hao 21-18, 21-19. They later teamed up for the doubles title, defeating Sarawak’s Darrent Lim Lian Zhan-Muhammad Iqbal Asyraf 21-18, 21-11.

Pahang’s Evelyn Ng Yan Yi was the toast of the team. She made up for her defeat in the first-leg Putrajaya when the top seed beat compatriot and second seed Tan Jet Sin 21-12, 21-18 in the singles final.

Putrajaya clinched a double in Kuantan with Azhar Adam Danish taking the singles title with a 21-13, 21-1 win over Terengganu’s Khew Sayan in the Boys’ Under-14. Azhar, however, failed in his bid for a double when he and Mazehan Amirul Amin were beaten 17-21, 18-21 in by compatriots Huan Kai Hern-Ng Song Jie in the doubles final.