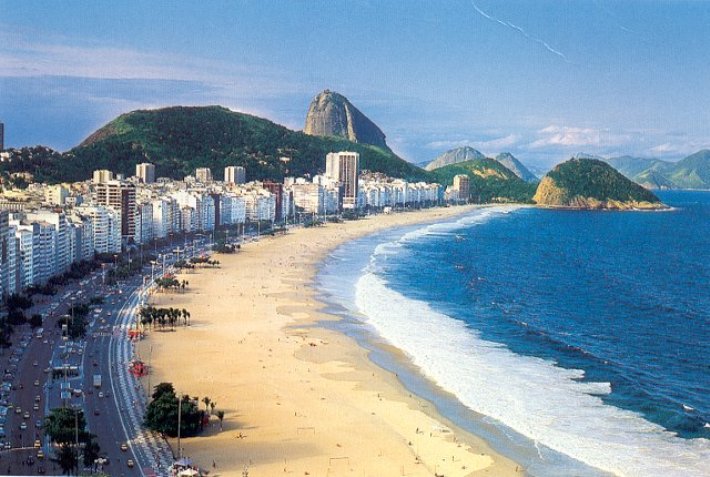 Two million people are expected to ring in 2016 on Rio de Janeiro’s Copacabana beach, seeking to forget Brazil’s struggles and revive its party spirit in the Olympic host city’s year in the spotlight.

The city plans to light up the sky with more than 30,000 fireworks launched from 11 barges anchored off its iconic tropical coastline, welcoming the year that will bring South America its first Olympic Games.

The 16-minute show — set to the sounds of Brazilian samba, which celebrates its centenary in 2016 — will consume no less than 24 tonnes of fireworks.

The Rio Olympics committee had planned to illuminate five enormous floating rings, the symbol of the Games, at the climax of the show. But organizers decided to save the spectacle for a later date, said spokeswoman Ana Cristina Fielder.

Speaking on condition of anonymity, a source close to the matter said the decision was due to the committee’s “lack of money and organization.”

In the six years since Rio was named to host the Games, Brazil has gone from being an emerging market phenom to a deep recession, forcing organizers to keep a tight lid on expenses.

But the throngs of revelers from around Brazil and the world are determined not to let that get in the way of the party.

Rio’s legendary New Year’s celebrations are expected to bring more than $680 million to the local economy this year, the best in five years.

Alongside the party, swarms of worshippers dressed in white will take to the beach and wade into the ocean to leave offerings for Yemanja, the goddess of the sea in the Afro-Brazilian Candomble faith.

Many cast hand-made boats into the Atlantic to carry their petitions for love, money and other desires to the goddess.

The city plans to dispatch more than 2,000 police to provide security on the beach.

When daybreak comes, some 1,300 trash collectors will arrive on the scene. Last year revelers left behind more than 370 tonnes of garbage. – Agence France-Presse