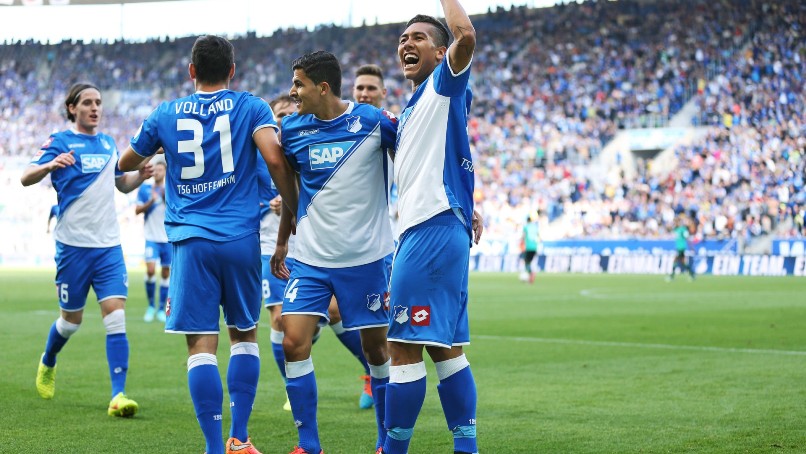 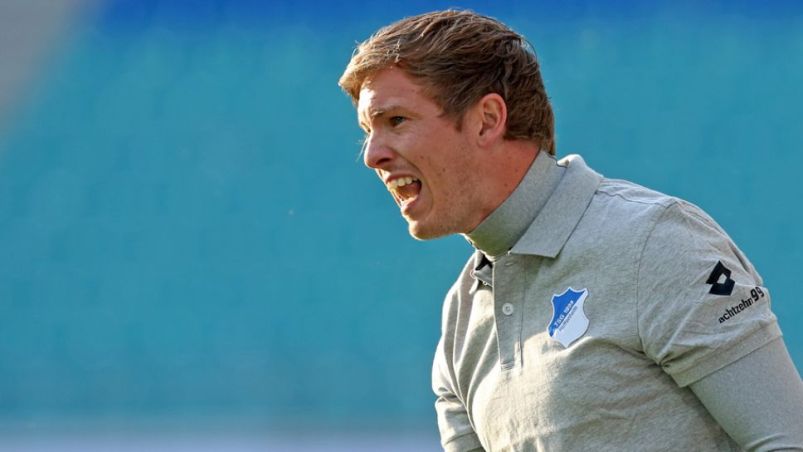 Unbeaten Hoffenheim, whose coach Julian Nagelsmann, 29, is the youngest in Bundesliga history, are targeting a first win over leaders Bayern Munich on Saturday to underline their title challenge.

Hoffenheim are third in Germany’s top flight and have already beaten the likes of Schalke, Bayer Leverkusen and Hertha Berlin en route.

“There’s a hint of Champions League in the air,” magazine Kicker recently wrote of Hoffenheim’s rise.

Both high-flying Hertha and Cologne failed to win in Munich and Hoffenheim are the next unbeaten side trying to take Bayern’s scalp.

Nagelsmann only took charge in February, but managed to keep Hoffenheim up, then turned them into genuine contenders.

Comparisons have been made to Jose Mourinho, who received his first break, aged 29, working with ex-England coach Bobby Robson at Sporting Lisbon, earning Nagelsmann the nicknamed “Mini Mourinho”.

Nagelsmann is predicting Hoffenheim’s first win over Bayern at the 17th attempt since the club, from a tiny village in south-west Germany, were first promoted for the 2008/09 season.

“We’re going to be successful against them,” insisted Nagelsmann, whose team is four points adrift of Bayern.

“It’s a complex thing to plan, but the football community in Germany doesn’t expect much from us, which is a benefit psychologically.”

Bayern striker Robert Lewandowski is on form with two goals in each of Bayern’s last two wins.

The Polish hot-shot has already netted 19 goals in 17 games for club and country this season.

He was on fire in Tuesday’s 2-1 win at PSV Eindhoven, netting a brace and hitting the woodwork three times.

“It’s in his job description that he must score a lot,” joked Thomas Mueller, yet to claim a league goal this season, while Lewandowski has seven to his credit.

Second-placed RB Leipzig can equal the league record for a team in their debut Bundesliga season if they avoid defeat at home to Mainz on Sunday.

Red Bull-sponsored Leipzig are just one short of the record set by MSV Duisburg, who went ten games unbeaten in the 1993/94 season.

Marcel Sabitzer is set to start after his two goals off the bench in their 2-0 win at Darmstadt last weekend.

Scottish winger Oliver Burke could start after coming off the bench in their last four games and set up Sabitzer’s second goal at Darmstadt.

Eintracht Frankfurt host Cologne, whose striker Anthony Modeste, the league’s top scorer with 11 goals in nine games, is looking to add to his tally after last Sunday’s hat-trick against bottom side Hamburg.

Borussia Dortmund face bogey side Hamburg, who have won three of their last five meetings, away on Saturday.

Dortmund reached the last 16 of the Champions League with a 1-0 win over Sporting Lisbon on Wednesday despite suspending striker Pierre-Emerick Aubameyang, whom coach Thomas Tuchel suspended “for internal reasons.”

Hamburg, who have yet to win a game this season, won last year’s fixture 3-1, but this campaign has been miserable for the north German fallen giants.

Bruno Labbadia was sacked in September and his replacement Markus Gisdol has overseen three defeats and a draw at Borussia Moenchengladbach, who missed two penalties.

Sixth-placed Dortmund are winless in their last four league games and are already eight points behind leaders Bayern.

They have a lengthy injury list, with Germany internationals Marco Reus, Sven Bender and Erik Durm yet to make an appearance this season.

“We’re sixth, the table doesn’t lie, and we know we need to catch up,” said Dortmund CEO Hans-Joachim Watzke.

“When we get our full squad back after the international break, we will start picking up points I am sure.”

Fixtures (all times 1430GMT unless stated)