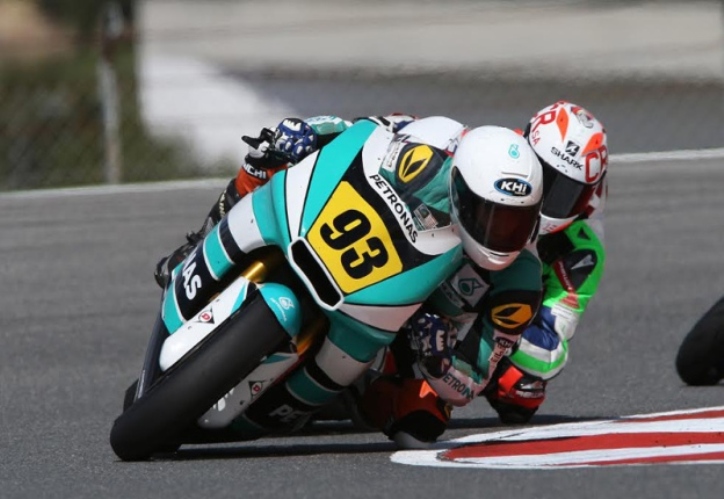 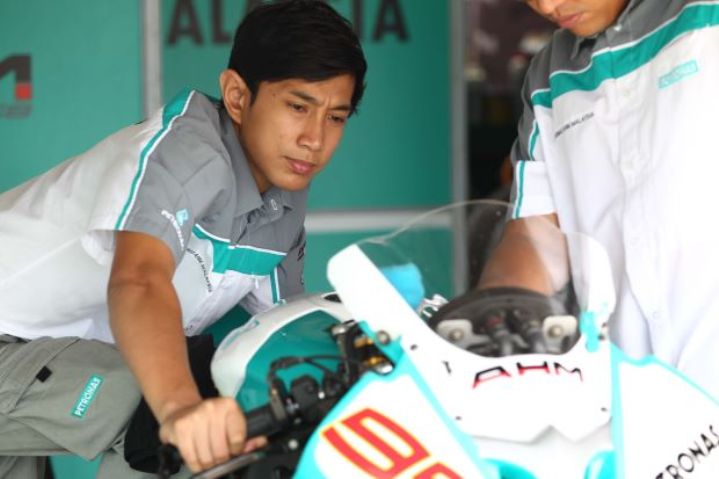 PETRONAS Talent Development rider, Mohd Ramdan Rosli had a bittersweet outing for the opening round of the Moto2 European Championship as he crashed out of Race 1 and finished in P11 in Race 2 at the famed Valencia Circuit in Spain on Sunday.

Riding under the PETRONAS AHM Malaysia marque, Ramdan performed brilliantly in Saturday’s qualifying to earn himself a third row start (P9). But his hopes to mount a serious podium challenge was dashed as he crashed out in the opening lap of Race 1 after a hard battle with Japan’s Tetsuta Nagashima. The race was won by Eric Granado from Brazil in 30’46.426s ahead of Steven Odendaal and Alan Techer.

Having sustain injuries to his left leg, Ramdan took a more conservative approach in Race 2. His efforts paid off eventually and he finished P11 in 31’48.705s, taking home five championship points. Meanwhile Steven Odendaal took the chequered flag in 31’05.605s with Alan Techer and Federico Fuligni locking out the podium.

Round 2 of the Moto2 European Championship will take place at Motorland Aragon on 29 May.

I could have done better in Race 1 but I made a big mistake by pushing too hard too early to catch up with the leading group. I wanted to show my best and do better by improving my fastest lap to make the team proud and it ended with a massive high-side. As for Race 2, I had better luck. With the form and confidence I have today, finishing fifth would have been possible but there was a lot of pain in my left leg from the crash in Race 1. It came to the point where I had to use my hands to aid my leg to switch gears. It was a very challenging race but I’m glad we still managed to finish with five points.

The team, overall is quite pleased with the bike, its suspension and Ramdan’s performance today. Although it wasn’t the way we had hoped to start the season but we still picked up points. More importantly, Ramdan has shown a lot of maturity and determination to finish the race despite a major disadvantage. The team is proud of him and we hope he recovers soon in time for the next race.