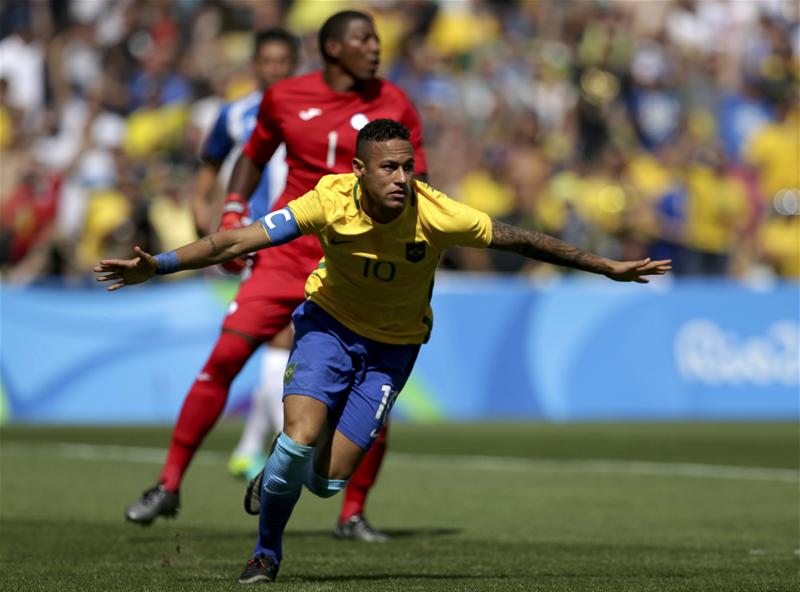 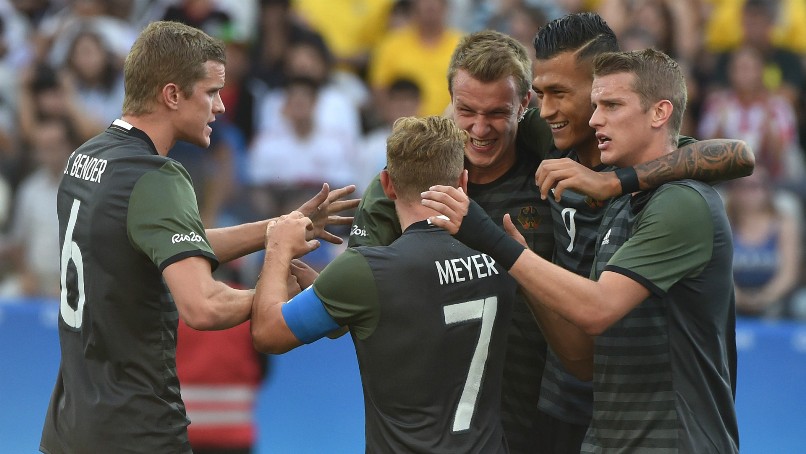 Neymar scored twice, including the fastest goal in Olympic history, as Brazil set up a blockbuster revenge showdown with Germany for Olympic gold by thrashing Honduras 6-0 on Wednesday.

The sides will meet on Saturday at the Maracana just two years after Germany inflicted Brazil’s heaviest defeat of all time in a 7-1 thrashing in the 2014 World Cup semi-finals at the same stadium.

World champions Germany reached their first Olympic final as a unified nation as Lukas Klostermann and Nils Petersen netted in 2-0 win over Nigeria in Sao Paulo.

Neymar had been much criticised for lacklustre displays in two 0-0 draws to start the tournament. But his transformation from the nation’s whipping boy back to golden boy was capped by his determination to open the scoring after just 15 seconds.

“Neymar is a monster. He has the gift of playing football, he delights everyone with his talent,” said Brazil coach Rogerio Micale.

“Neymar deserves our gratitude because he pushes Brazil to a higher level.”

The Barcelona star hounded defender Johnny Palacios to rob possession on the edge of the Honduras box and goalkeeper Luis Lopez’s attempt to atone for his teammate’s error only ricocheted the ball off Neymar’s midriff and into an empty goal.

For a moment, Neymar’s bravery looked like it may have come at a cost. He was stretchered off after being winded in the challenge.

Neymar missed the 7-1 humiliation as he suffered two broken vertebrae in his back at the end of a brutal World Cup quarter-final win against Colombia.

However, there was no repeat as the 24-year-old was soon back terrorising the Honduras defence. Bryan Acosta and Allans Vargas were booked for uncompromising attempts to stop Neymar.

“Neymar is the best or second best player in world football, so controlling him is not easy,” said Pinto, whose side still have the chance to land Honduras’ first ever medal in Friday’s bronze medal match.

“But the referees are falling into his trap.” 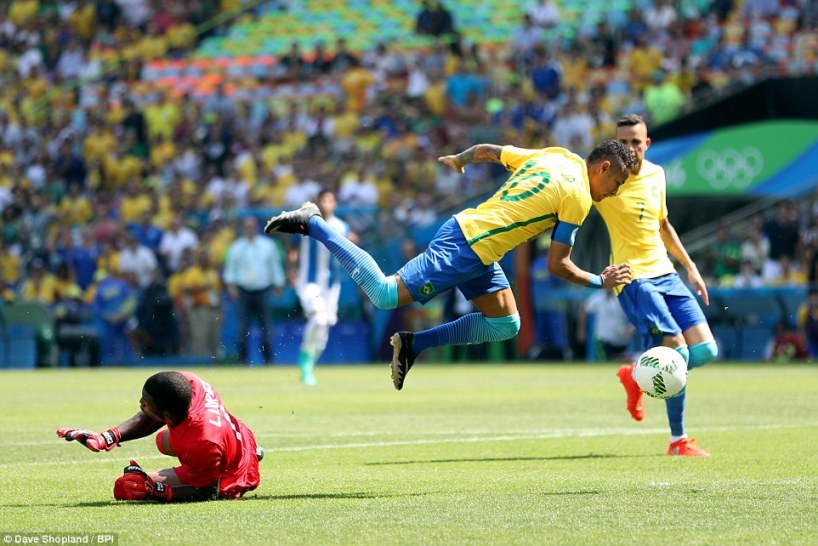 Luan’s lovely through ball was prodded past the helpless Lopez by Jesus for his second goal of the tournament on 26 minutes.

Nine minutes later, Neymar turned provider with a precise pass down the left that Jesus burst onto before crashing the ball into the roof of the net.

Paris Saint-Germain defender Marquinhos took advantage of some awful Honduras marking to make it 4-0 six minutes into the second-half.

Fittingly, in their best performance of the tournament, Luan converted a fine team goal for Brazil’s fifth as Gabriel Barbosa slipped in Felipe Anderson to cross low to the far post.

Neymar capped a fine display with his second of the afternoon from the penalty spot in stoppage time.

Victory guaranteed Brazil a fourth Olympic men’s football medal, but after bronze in 1996 and 2008 and the shock of losing to Mexico in the London 2012 final, only gold at the Maracana on Saturday will suffice for an expectant nation.

Germany will be hoping to recreate happy memories of Rio as they followed up beating Brazil to lift the World Cup at the Maracana with a 1-0 win over Lionel Messi’s Argentina two years ago.

Defender Matthias Ginter is the only World Cup winner in the German Olympic squad. Whilst seeing similiarities between the teams, he insists the 7-1 was a “once in a lifetime” experience.

“We have the same team spirit, we fight for each other,” Ginter told SporTV.

“We are very happy to be in the final and to have a medal.

“It was once in a lifetime. 7-1 was one time in a career, we will not win 7-1 against Brazil.” – Agence France-Presse