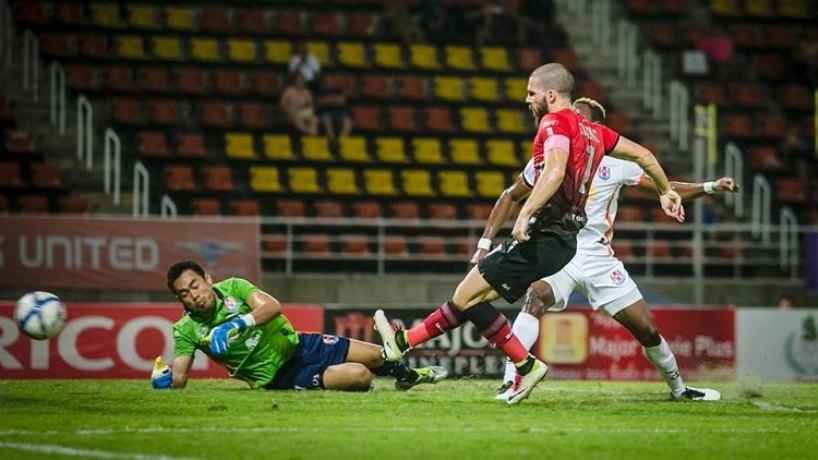 Bangkok United kept the pace at the top of the Thai Premier League 2016 when they blasted Siam Navy 3-1 to keep within a point of leaders Muang Thong United.

Dragan Boskovic nailed the opener after just 15 minutes before an own goal from Anthony Ampaipitakwong six minutes later put the score on level terms.

But Bangkok United were not to be outdone at home as Boskovic added the second goal in the 23rd minute as Gilberto Macena then finished things off in the 37th minute to put the score at 3-1.

In the meantime, Muang Thong had the lone strike from Adisak Kraisorn in the 46th minute to thank for maintaining their stranglehold of the TPL following their close 1-0 win over Suphanburi.

Defending champions Buriram United remained on fourth in the standings where they are now 19 points behind the leaders – this after their 1-1 draw against Osotspa.