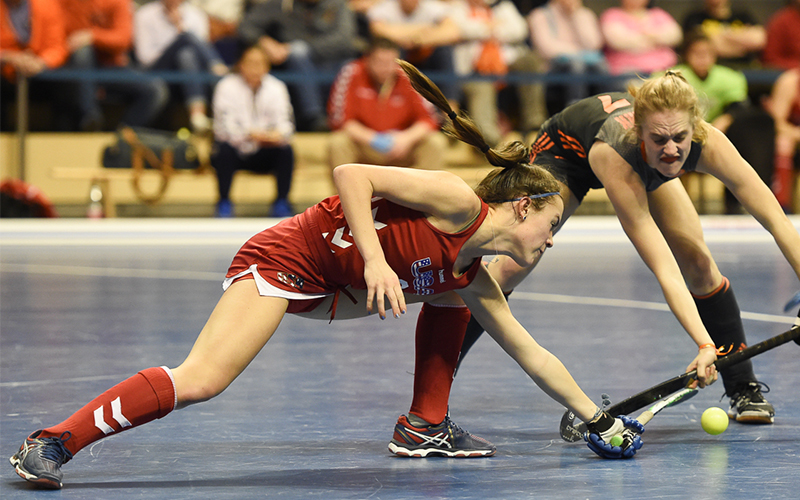 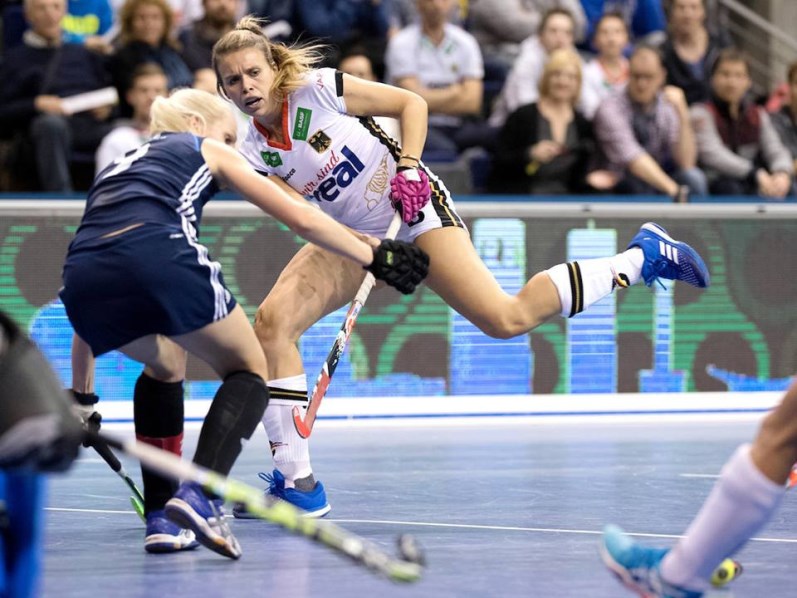 Berlin, Germany: The final of the 5th Women’s indoor Hockey World Cup 2018 will be contested between the two top ranked teams, with reigning world champions and world number one the Netherlands playing host nation Germany, the European champions and number two in the FIH Hero Indoor World Rankings.

In a thrilling evening at Berlin’s Max-Schmeling-Halle, the Netherlands produced another stellar performance to defeat Ukraine in the first of the semi-final matches, before Germany thrilled the home fans with a narrow triumph against a Belarus team that delivered a wonderful performance.

The medal matches will take place on Sunday, with another sell-out crowd of more than 8,000 people set to witness the action. The women’s bronze medal match will begin at 1030 with Ukraine taking on Belarus, while the gold medal game between the Netherlands and Germany – who both currently hold two Indoor World Cup titles apiece – getting underway at 1330. The men’s medal matches will also take place on Sunday, with Iran facing Australia in the bronze medal match at 1200 before Germany and Austria compete for the title at 1500.

More information about the semi-finals can be found below.

The Netherlands (FIH Hero Indoor World Ranking:1) proved too good for Ukraine (WR:7) in the first semi-final, powering to a 6-1 triumph to reach their fifth successive Indoor World Cup final.

Following their 8-3 quarter-final success over Czech Republic (WR:3) earlier in the day, the reigning world champions produced another high quality performance, starving Ukraine of possession while regularly creating goal-scoring chances. The Dutch established a 4-0 lead at half time and it was no more than the team deserved, with Fabienne Roosen, Donja Zwinkels, Lieke van Wijk and Gabrielle Mosch all registering.

The Netherlands continued their domination after the break, with Elin van Erk and Pien van Nes taking the score to 6-0 before Ukraine’s Yuliia Shevchenko netted a late consolation effort. It was a fine performance from the team coached by Marieke Dijkstra, who won the Indoor World Cup as a player with the Netherlands in Vienna, Austria 11 years ago. With her team having scored 42 goals in seven matches, they have every chance of adding a third Indoor World Cup title to their collection here in Berlin.

Speaking after the match, Netherlands scorer Pien van Nes was more than satisfied with the team’s display against Ukraine. “We played a good game and created a lot of chances. It is amazing to play in this stadium. We had a lot of Dutch fans in the crowd which was great, and we are really looking forward to playing tomorrow’s final.”

While Ukraine will be disappointed with the result, with a bronze medal still to play for, all is not lost. A win in that game would seal a joint highest finish at an Indoor World Cup, matching their bronze medal win at the 2011 competition in Poznan, Poland.

In the second semi-final, Germany (WR:2) were pushed all the way by Belarus (WR:5) before emerging with a 3-2 victory, thrilling the thousands of home fans packed into the Max-Schmeling-Halle in the process.

Nike Lorenz put Germany on track with a second minute penalty corner, but Belarus gave as good as they got and levelled the scores Sviatlana Bahushevich scored a superb individual goal, surging down the right before slamming her shot inside the left post. Second half goals from Lisa Altenburg and Marie Mävers moved Germany into a 3-1 lead before Belarus threw caution to the wind, replacing their goalkeeper with an outfield player. It was a tactic that paid off when Nastassia Syrayezhka scored from close range after sustained pressure on the Germany backline. However, despite an immense effort, Belarus could not get the equaliser as Germany maintained their hopes of winning a third Indoor World Cup title.

“None of us have ever played in front of a crowd like this, and it was a tough match for us but we were so powerful and full of energy so in the end we are happy to win it”, said German goalscorer Lisa Altenburg after the contest. “We knew that we had to work hard until the end and it was tough, especially when they had six playing outfield, but we defended very well.”

Looking ahead to the final against the Netherlands, Altenburg said: “It will be a really tough match, they have played very well but maybe haven’t had that much pressure against them. Hopefully we will win it in the end.”