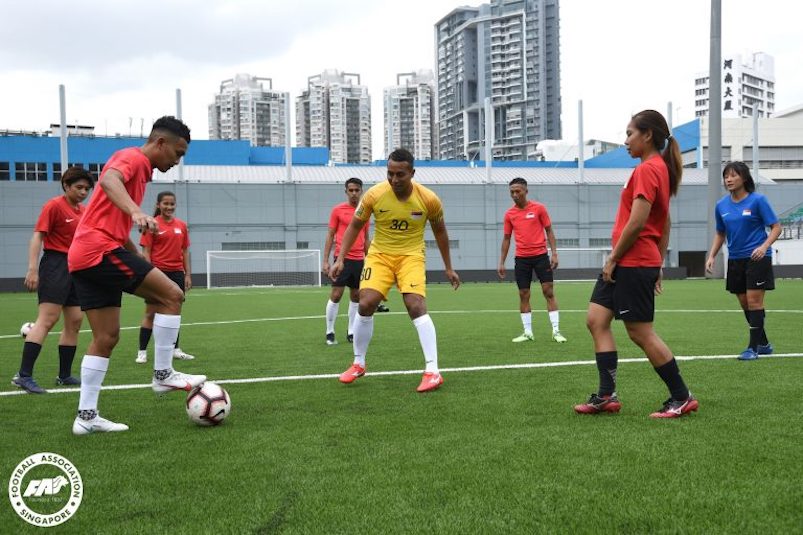 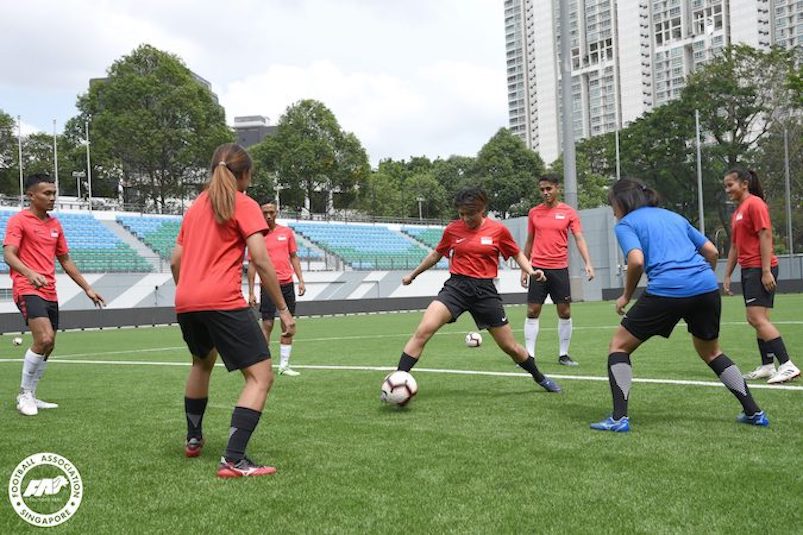 The FA of Singapore (FAS) are delighted to announce that re-turfing works for the Jalan Besar Stadium pitch has been completed.

The installation of the GreenFields Evolution Pro 40 pitch, as part of a FIFA Development Project, will provide a high-quality playing surface for all domestic and international matches held at the venue.

The works took place from July 2020 to January this year, after the application and approval phase with FIFA started in November 2019.

The costs associated with this installation are fully supported by FIFA. This is the fourth artificial turf system to be laid at Jalan Besar Stadium – the first was in 2006, with subsequent re-turfing in 2008 and 2014.

This latest surface is certified to be of FIFA Quality Pro under the FIFA Quality Programme for Football Turf – a mark for pitches that ensure the highest playing performance for professional-level football.

The key feature of the GreenFields Evolution Pro 40 pitch is the provision of a durable shock pad underneath a robust playing surface. This enhances the compactness of the pitch and reduces the “hardness” of it. Tactile styrene-butadiene (SBR) rubber infills have replaced the geo-organic infills of the previous installation, which will help to maintain the profile of the grass-fiber surface and present an aesthetically-pleasing pitch without any striations.

Last month, eight National Team players – four each from the Men’s and Women’s sides – were invited to test out the new pitch and came away impressed with the softer surface.

“It is definitely an improvement from the previous surface (as it) is much softer and I am looking forward to playing here this year to create more good memories,” said midfielder Shahdan Sulaiman (Lion City Sailors FC). Speedy attacker Hafiz Nor (Lion City Sailors) added: “As an explosive player, I think this pitch will be more comfortable for me.”

“If you don’t have a proper surface to dive on, you might get injured on the first dive and when you have to play 90 minutes, that could be crucial,” goalkeeper Zaiful Nizam (Balestier Khalsa FC) noted. “The soft ground now is better not only just for goalkeepers but also outfield players.”

Fellow custodian Pamela Kong (Arion FA) concurred, saying: “On first look, it is really impressive and has a clean image. It is softer than before and as a goalkeeper, that is important as you go down on the field repeatedly during training and matches.”

“The pitch is cushion-y and that is good for the players as the chance of getting injured is lower,” said midfielder Nur Izzati Rosni (Still Aerion). “I’m looking forward to playing on this pitch and thinking of that is really exciting, especially if family and friends are coming over to support us and we can hear all the cheers!”