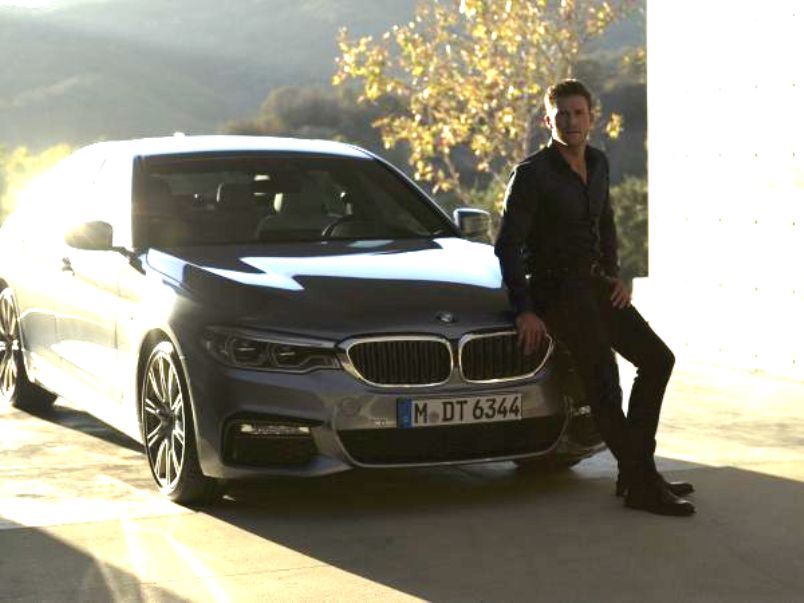 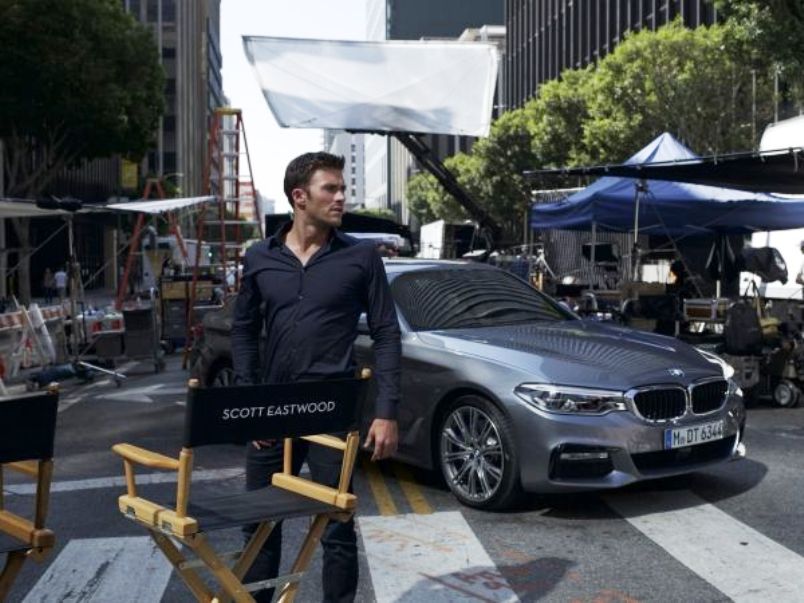 With just weeks to go before the seventh-generation BMW 5 Series Sedan reaches dealerships on February 11, 2017, international communications are entering a decisive stage. At the center of the campaign is the new TV commercial featuring Hollywood’s Scott Eastwood.

With about 7.9 million units sold, the BMW 5 Series is one of BMW’s core model series. The sixth generation alone was chosen by more than 2.1 million customers, making it the global leader of the premium upper mid-size segment.

The seventh-generation BMW 5 Series is now set to retain this lead. With even further enhanced driving dynamics, an unparalleled range of assistance systems, unique connectivity and intuitive controls, it sets new standards in the automotive world.

Features include the Intelligent Voice Assistant, gesture control and the BMW Head-Up Display – now with a 70 percent larger projection area. In combination with the services of BMW Connected and other innovations, such as On-Street Parking Information and Remote 3D View, they make the new BMW 5 Series Sedan the ultimate business automobile.

The current campaign has already been under way since 2016, with comprehensive pre-launch activities in more than 40 markets around the world. Focusing primarily on digital channels, communications are in keeping with the BMW 5 Series’ pioneering role in connectivity and digitalization.

Numerous teasers relating to BMW Connected and partially automated driving immediately attracted attention, highlighting the innovations in the new BMW 5 Series. Just the very first posts of the current campaign generated more than 18 million contacts on Facebook and over 24 million on Instagram.

An additional component of the primarily digital campaign is the revival of the film series The Hire on BMWFilms.com. After a 15-year break, the latest offering is now The Escape, the work of the Oscar-nominated director Neill Blomkamp.

The online film includes dramatic chase scenes featuring the new BMW 5 Series Sedan, with cult driver Clive Owen at the wheel once again. Shortly after going online, the newcomer had been seen in action by over 5.5 million fans on YouTube. Press responses were positive throughout and these alone reached over 125 million people around the world.

“BMW Films has a real presence in the social web and is the perfect example of the way authentic content marketing can organically support and extend a product campaign,” explains Hildegard Wortmann, Head of the BMW Brand.

Meanwhile, in the non-digital world, ‘closed rooms’ in more than 70 cities around the world attracted over 70,000 visitors, who were keen to see the design and technical features of the new business sedan for themselves.

Running under the slogan BUSINESS ATHLETE, the communications campaign is now entering a decisive stage. The new BMW 5 Series Sedan is about the excitement of unprecedented connectivity and further enhanced driving dynamics, and has everything it needs to take the business class by storm: it is, quite simply, the BUSINESS ATHLETE. Communications focus on innovation, dynamism, business class and driving pleasure, emphasizing them to varying degrees in different markets around the world.

A key element in the campaign is, of course, actor Scott Eastwood. Scott is a fresh, young testimonial, and his ambition and dynamism are the perfect match for the new BMW 5 Series Sedan.

Collaborations with Scott Eastwood will cover not only classic TV advertising but also a range of online formats.

In the TV commercials, which are 30 and 45 seconds long, the BMW 5 Series asserts its strong character, unswerving in the pursuit of its chosen path in life. Both vehicle and driver press ahead relentlessly, with a keen spirit and clear focus. The message of the commercials is complemented by a tag-on introducing the plug-in hybrid BMW 530e iPerformance, and with it the attributes of sustainability and technology.

“The key messages of our commercial are clear: success has to be earned. Never rest on your laurels,” explains Hildegard Wortmann, Head of the BMW Brand. “That’s as true of the new BMW 5 Series as it is of Scott Eastwood. And it’s just one of the reasons the two go together so well.”

Scott Eastwood: “I have been a fan of BMW for many years, and it was a great experience working with their creative team on this campaign.”

Filmed in and around Los Angeles in the USA, the commercial was created by the award-winning director Alex Feil.

The cooperation with Scott Eastwood has also been extended to cover a series of additional digital short films, including one witty short explaining the new Remote 3D View feature. Other assets will be distributed across online and social media channels channel-specifically.

At the same time, the marketing campaign around the new BMW 5 Series Sedan marks the launch of BMW’s updated CI and of its new imagery, which is designed to highlight fully the aesthetics, dynamism and innovative charisma of the new model. Titles such as “Success isn’t inherited. It has to be earned” and “Built to outperform” underscore the ambitions and aspirations of the business sedan, while innovations such as the Touch Display are presented in additional films.

The campaign “BUSINESS ATHLETE” will be adapted for use in more than 40 countries around the world. In Germany, the campaign is launching under the slogan “DIE EROBERUNG DER DIGITALEN WELT” (“Conquering the digital world”).