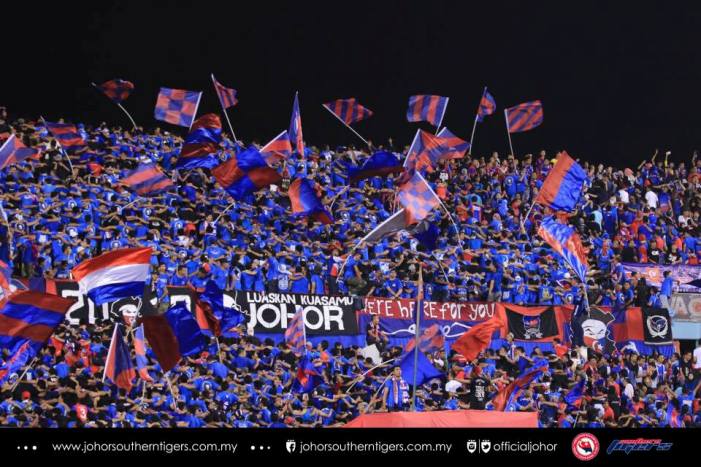 He said the state government had provided a 70-acre (28.3 hectares) plot of land for the project.

However, according to Tunku Ismail, only 35 acres (14.1 hectares) will be used to develop the stadium while the rest will be for the development of the JDT Sports City which includes a hotel, apartment, shopping centre, rugby field, tennis courts, and other amenities.

“So far, the development plans are progressing well and the company, Forest City, is our largest sponsor, and they will be the ones building the stadium,” he told reporters at the Stadium Tan Sri Hassan Yunus here Wednesday.

The Pasir Gudang Municipal Council Stadium will be for teams JDT 3 and JDT 4 to hone their skills.

The ground-breaking ceremony for the construction of the stadium is scheduled to take place on Jan 30, in the presence of fans of the Southern Tigers.

On the team that will be competing in the upcoming Super/Malaysia Leagues this season, Tunku Ismail said he would only finalise it before Feb 14.

He said there were many things that still needed to be carefully thought out and improved before a final decision was made, together with head coach, Mario Gomez.

“At this point in time, no player has been declared ‘safe’. It does not matter if they are ‘senior’ or ‘junior’, they can be removed from the team any time.

“JDT is not a club for people who rest on their laurels, it’s for people work hard,” he said. – BERNAMA