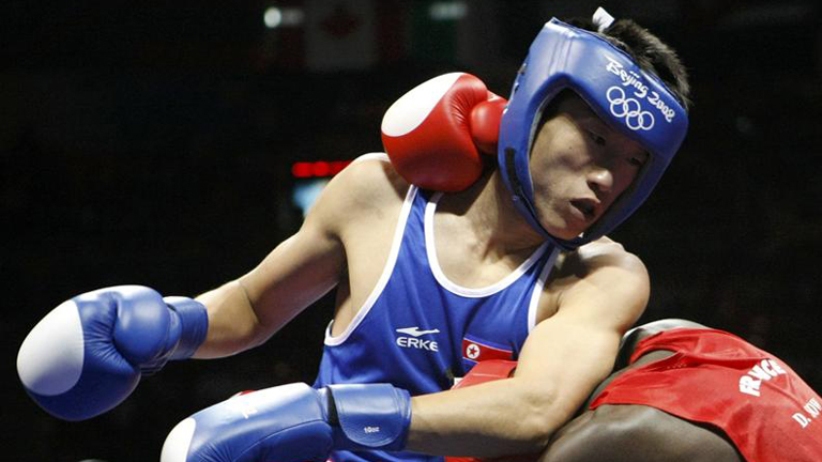 For isolated North Korea, the Olympic Games offer a rare opportunity to take to the global stage and compete for applause and prestige rather than censure and condemnation.

A virtual pariah state due to its nuclear weapons programme, the North has made international sporting success a strategic priority, with leader Kim Jong-Un as cheerleader-in-chief.

North Korean athletes will compete in judo, wrestling, table tennis and other events in Rio, but their best hope of medals will come in the weightlifting.

While rival South Korea is an international sporting success, the North’s sporting record has largely failed to fulfil its aspirations.

Its brightest moment in the global spotlight came way back at the 1966 football World Cup when it pulled off a stunning upset by defeating Italy 1-0 on the way to the quarter-finals.

North Korea has competed in nine summer Olympics since Munich in 1972, but taken home only 14 gold medals.

The four golds it won in 2012 in London — three in weightlifting and one in judo — equalled its best-ever tally.

Since taking power following the death of his father Kim Jong-Il in late 2011, Kim Jong-Un has pushed for sporting progress with an at times militaristic fervour.

In an open letter to the nation’s athletes last year, Kim urged them to adopt “guerrilla-style” tactics to boost the nation’s underwhelming impact on the global sporting stage.

Lamenting the fact that North Korea was “trailing behind the world”, he promised to turn it into a sportspowerhouse “within a few years”.

Andray Abrahamian, a North Korea specialist at Australia’s Macquarie University, said the country’s highly structured society with its emphasis on participating in organisational life was primed for grooming top-class athletes.

“The system is very good at spotting talent, which can then be developed at specialised sportsacademies and clubs. The best of the best are then very well resourced indeed,” Abrahamian said.

Sporting accomplishment is seen as a valuable propaganda tool and investment is very selective, focusing on sports and events with a high global profile and a commensurate chance of success.

In 2013 the Pyongyang International Football School opened — a modern, well-equipped facility with Korean and foreign coaches and a 200-strong roster of 8-15 year-old, live-in students — hand-picked from schools and clubs across the country.

The brightest prospects are sent overseas, some of them to elite academies in Italy and Spain.

Six members of the North Korean team that won the 2014 Asia Under-16 championship — with a 2-1 victory over South Korea in the final — had trained in Europe.

Success on the global stage brings individual rewards, with top performers earning the title of “People’s Athlete” and gifts that include cars and a high-end apartment in Pyongyang.

Athletes competing overseas are expected to remain relentlessly on-message in crediting their achievements to state largesse.

“Winning a medal is a personal honour, but our athletes see it as a way of paying back the love of the party and the Dear Leader Kim Jong-Un,” intoned Son Yong-Min, a director at the Tongil Sports Center in Pyongyang.

“That’s why they make the sacrifices they do,” Son said.

Ostensibly “open to anyone”, the centre was totally empty during a Saturday afternoon visit, apart from some slightly bored-looking trainers.

Son explained that it was “foreigners’ day” — although there were no foreigners working out. He later acknowledged there was a membership system but declined to reveal the fees.

While North Korea hopes for some gold medals in Rio, the Games organisers will be anxious to ensure they don’t get their Koreas mixed up.

At the London Games in 2012, the North Korean women’s football team walked off the pitch in protest after their images were shown on a giant screen alongside the South Korean flag.

Organisers apologised profusely and the team finally returned, but only after each player had been reintroduced with the correct flag.

“We also had to explain that it was not customary in Britain for such a mistake to be met with a custodial sentence,” recalled Sebastian Coe, chairman of the London Games organising committee. – Agence France-Presse