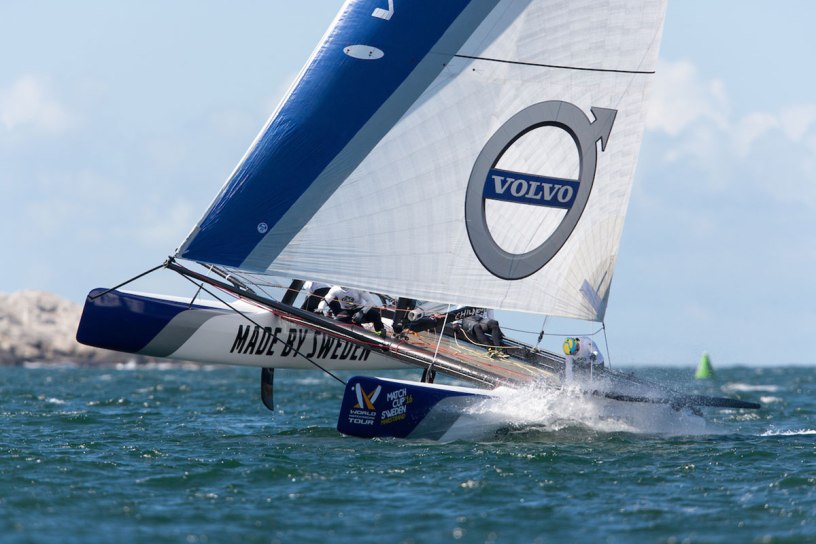 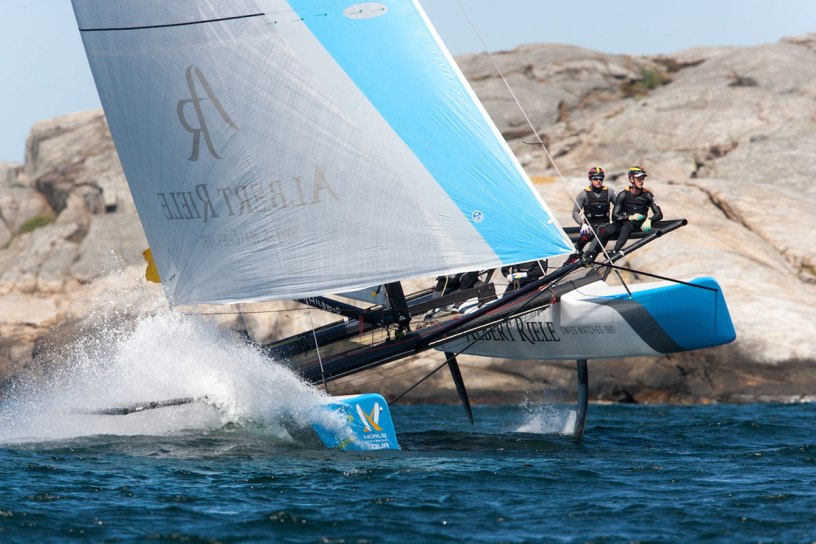 Reigning Melges 24 World Champion Chris Rast from Switzerland is competing at his second M32 regatta of the year. “The event is stacked with really good teams so we know we have a bit of an uphill battle,” said Rast, who raced a 49er at the 2008 Olympic Games in China.

“We are definitely still lacking in the match racing department and will look to continuously improve on this throughout the event. That said we feel that our boat speed and boat handling is strong and we will be able to apply a bit of pressure on the top guys.”

One of those top guys will be the young Sam Gilmour, another 49er sailor but who also has the benefit of a strong match racing background. The young sailor from Perth, Western Australia, put in a strong performance at the $1 million World Championship Finals in Sweden earlier this month. “Marstrand had plenty of lessons for Neptune Racing. Importantly, the dynamic relevance of fleet racing was really obvious, and the starting is something we have put some work into.

“One of the most brutal lessons was learning about the set-up of the boats. We have had limited days’ practice, so are still working out the best setup for different conditions. There are some good teams heading to Sopot, an interesting combination of match racers and M32 sailors – which will mean teams will be competitive in different areas of the race course.

“We feel very strong in our pre-start ability match racing, unfortunately in the past our speed has let us down, but with the limited time in the boats that we have had, we really feel like we learn something significant every day we sail so we believe that this will change. I think of all the teams racing here we had the best result in Marstrand, so I feel we have a solid opportunity to win.”

Standing in Gilmour’s way will be Nicklas Dackhammar, with plenty of experience and expertise in the ways of the M32. However, the young Swede is still developing his match racing skills. “We’re aiming for the win but we’re happy to come out with an invite for the first Tour event this season so we’d settle for just making the Final. We are up against some of the best match racers in the world so it’s highly competitive and we will have to be at our best in order to win. What we learned from Marstrand is that we still have a lot to learn in the really big breeze in 25 knots or more, but then I think there are other teams in a similar situation.”

The M32 certainly demands some powerful bodies to muscle the boat around the short-course race track, and Swiss match racer Eric Monnin has been struggling in the stronger breezes with his unusual set-up for five small sailors instead of most crews who have four heavier crew. This week Monnin is experimenting with a crew of four to see if he can close the gap. “It will take some readjustments in how we do the manoeuvres and our communication, and I wonder how this will work. It will be a bit difficult in the first races for sure, but having the big guys on the boat might change to an advantage soon. This is a high-level fleet, so we will get a good chance in Sopot to test our new approach.”

As with the other Tour events this season, the competition format will comprise elements of fleet racing and match racing, requiring teams to adapt quickly to the different challenges of multi-boat starting on the reaching starts, as well as dueling one on one in the knock-out stages.

There will be a busy evening programme of social events at the regatta, concluding with the final day’s prizegiving on 30 July at the Volvo Yachting Banquet, held at the Sheraton Hotel in Sopot

For more information, go to www.wmrt.com