Home News November 15: What happens next for FAS? 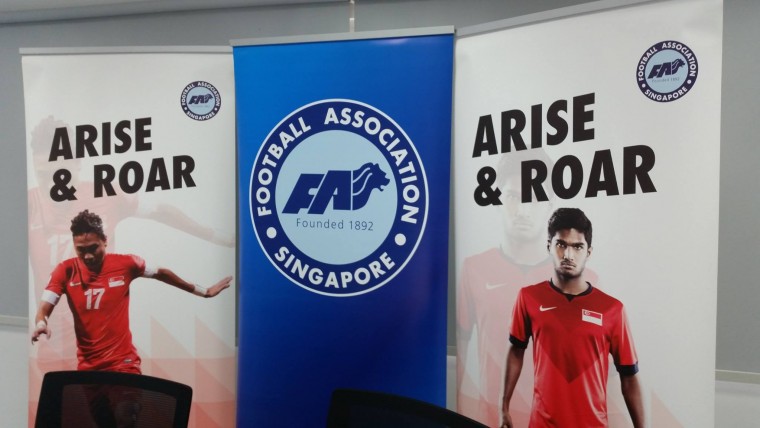 WHAT happens now after Monday’s 38-0 scoreline at the Extraordinary General Meeting (EOGM) of the Football Association of Singapore (FAS) and with the incumbents no longer holding office after next Tuesday?

Starting today, the FAS will send their revised constitution for final approval from the Registry of Societies (ROS), the Commissioner of Charities (COC) and the Ministry of Culture, Community and Youth (MCCY).

With the November 15 deadline looming over the extended expiry of the term of FAS President Zainudin Nordin and company, the onus is on the MCCY to appoint a provisional FAS council to helm the association throughout the electoral period.

FIFA sources familiar with the process of “normalisation committees” (which is FIFA’s term for neutral committees to oversee the running of fractured national associations as they did in Argentina, Gambia, Guyana and Maldives recently) say whoever appoints the interim committee must make sure “there’re absolutely no conflict of interests”.

“This means those appointed cannot and must not contest the FAS Congress for any posts, as a team-slate or individually,” said a senior FIFA source from the Zurich headquarters. He declined to be named.

SPORTS247 understands that a jointly nominated MCCY and SportSG team of about four to six specialists, familiar with high-end sports administration, will be announced before the November 15 deadline.

“We’re unlikely to include any incumbent council members or anyone else who’ve expressed interests to contest the upcoming polls,” said an informed source, who asked not to be named. “The first condition for selection is not to have anyone with longer-term vested interests. They must be absolutely neutrals but with a thorough knowledge to run day-to-day matters at the Jalan Besar Stadium headquarters.”

This move is not unusual as SportSG last year seconded over Australian-graduated sports specialist Yazeen Buhari to Singapore Athletics (SA) as General Manager, when the track and field body was going through an internal structural revolution. Mr Buhari returned after a year’s attachment to SportSG and later moved over to the FAS. And come next month, he’s expected to take a new overseas role at the Asian Football Confederation (AFC) headquarters in Kuala Lumpur. 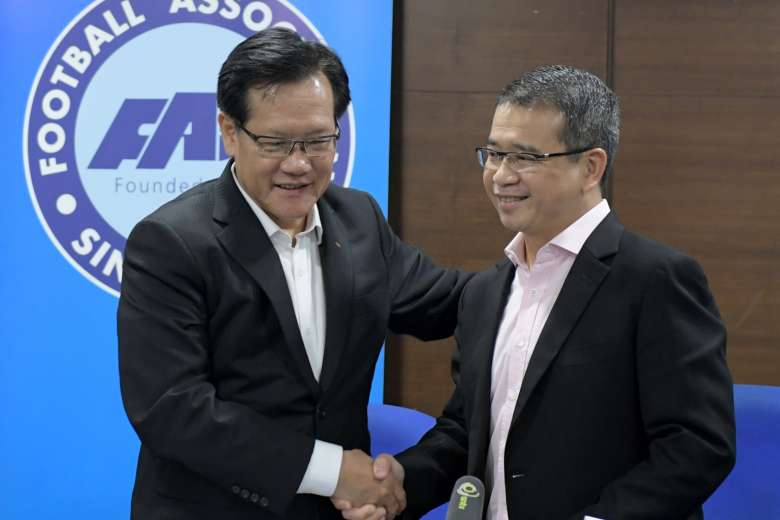 INTERIM COMMITTEE
But while these interim stand-ins may only be a temporary one, they will be given the authority to make crucial decisions regarding Singapore football until the new democratically-elected committee comes to place.

The MCCY and SportSG team will also expediate the FAS Congress to allow for the communal election of new office-bearers, according to the new constitution.

A senior Asean football official, who’s observing the FAS proceedings, said: “There’s no reason to delay. Don’t leave the FAS in a limbo by prolonging in organising the elections. The sole duty of the transition team is to get into motion the FAS Congress, soonest time, in a fair and appropriate manner.”

It is learnt top of the priority of the transition committee will be a serious review of the S-League, as it goes on to its 22nd season. They will also keep an eye on the allocation of funding and some other major developmental projects cannot be stopped.

“We must find a level-headed experienced team who will know how to strike a balance between making these decisions on the $35million annual budget and not committing to something so permanent that the new FAS committee will have to deal with,” said the informed source, who declined to be named. 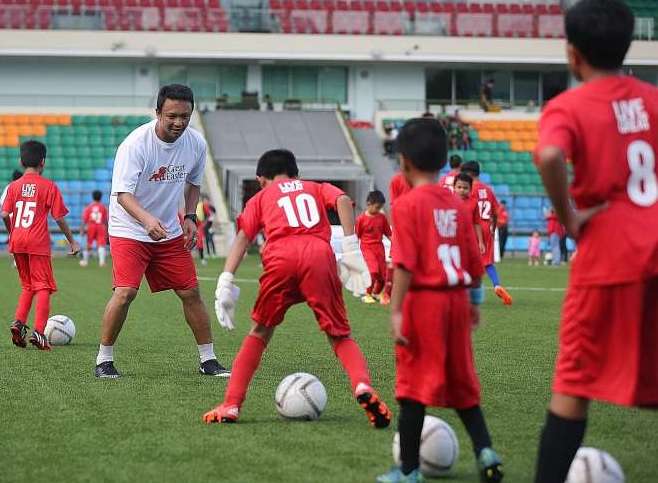 GRASSROOTS REACTION
The grassroots affiliates welcomed the move of a provisional council, appointed by the Minister.

“It’s a good thing but this cannot be the shadow council of the future,” said Mr Alfred Dodwell from IWL club Gymkhana FC. “If the future is to be without political interference then whoever serves on this must not and cannot step up to also lead in the elected council. The council-appoint must be ready to do the job and hand over to the council-elect. No cross over or crisscross and to murky the waters.”

NFL Siglap FC team manager Alim Omar said: “The authorities must act fast and be decisive in organising the FAS Congress soonest time. Getting rid of majority of the previous ‘lame duck’ administration must be a priority. The grassroots clubs are crying out for a long overdue change and this must happen quickly.”

“The transition team must be clearly above the board. There must be absolutely no room for the partial and prejudiced. They must be straightforward and scrupulous to bring the FAS to a refreshing long-overdue sunshine and to hand over the administration to a properly-elected team.”

In my opinion, it’s best for the transition team to close the election chapter by the end of the year so that damage-control can be done internally and internationally. Internally, plenty of spadework must be done to revive the mood of the neglected grassroots clubs and make them feel inclusive. And to revive the falling fortunes of the Lions, even at age-group global levels.

Internationally, the image of FAS took a massive regional battering at the recent AFC Extraordinary Congress in Goa, India, when Singapore, rather shockingly, voted against the flow of Asian solidarity in a 42-1 vote, casting the strangest-ever negative solitary ballot. 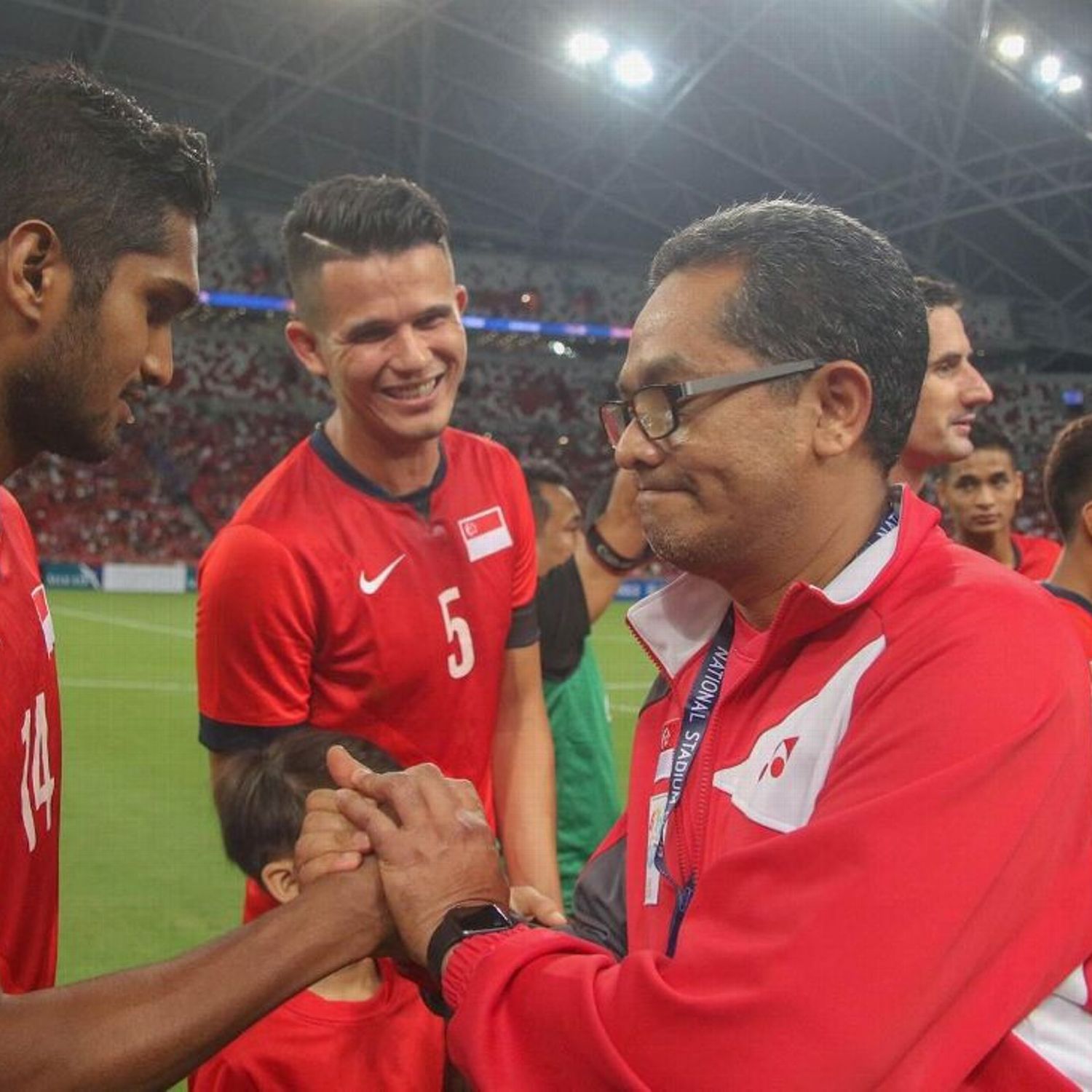 Global repute must also be salvaged as FAS, as Asia’s oldest affiliate among 46 countries, turn 125 years next year. Once ranked as a paragon for transparency, governance and democracy, a regional role-model of football sorts, it’s going down the drain, rated as lowly as its FIFA ranking of 171 (out of 211 global affiliates). This is the worst-ever mark, six places below the previous low point of No 165, which came in June 2013 under (German coach) Bernd Stange.

Time to wake up: This degeneration must stop and the democratic election of the council members is the only way for the man-on-the-street to rewrite a new refreshing historical chapter in the annals of the FAS.

The matter-of-fact message to the football grassroots: The ball is finally at your feet. When the transition team calls for the FAS Congress, please don’t screw it up and score any own goals, simply because the No 1 sport must finally move forward, fair and square, if I may say so.
Suresh Nair is a Singapore-based journalist, who has held various football appointments the past three decades.