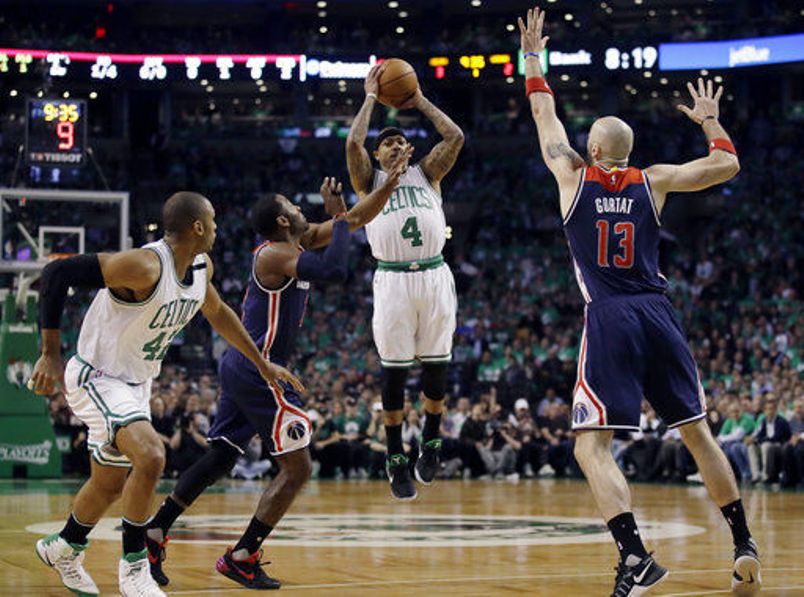 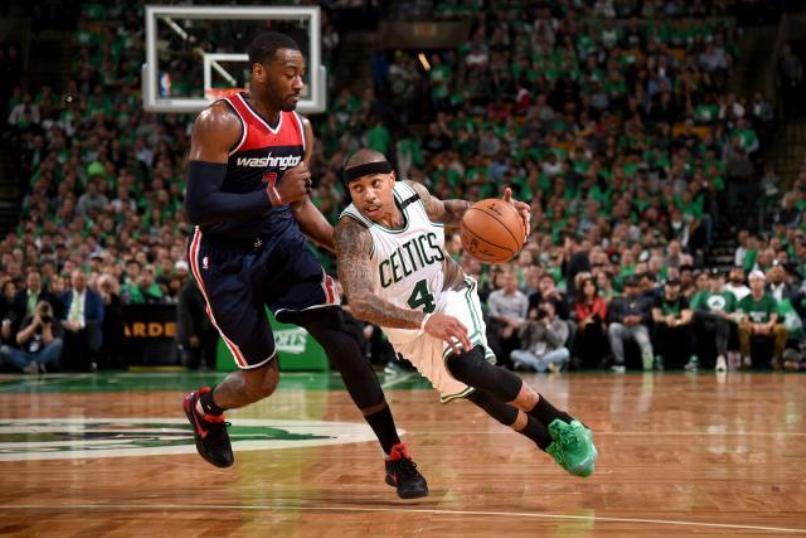 Kelly Olynyk scored 26 points from the bench as the Boston Celtics outmuscled the Washington Wizards 115-105 to clinch their Eastern Conference semi-final series on Monday.

Olynyk produced a superb display of shooting from distance as Boston pulled clear of the Wizards in the late stages of the game to take the series 4-3 and set up a Conference final clash with Cleveland.

Isaiah Thomas topscored for the Celtics with 29 points and weighed in with 12 assists while Al Horford (15), Jae Crowder (14) and Marcus Smart (13) also made double figures.

But it was Olynyk’s remarkable display off the bench that proved decisive as the Celtics clinched their first Eastern Conference finals berth since 2012.

Olynyk had entered the game averaging only 8.3 points per game in the playoffs but delivered a career-high playoff performance when it mattered.

“A friend called me and said ‘Be at your best when your best is needed’ and my best was needed tonight,” Olynyk said after the win.

“Everybody gave it their best and it turned out for us tonight,” added the 26-year-old Canadian power forward.

Olynyk described the series win as a “a team effort.”

“It was hard work, that was a tough seven-game series. Both teams played tough — we just kind of outlasted them at the end there. We’re lucky to move on,” Olynyk said.

Boston, who had the top seed going into the postseason, now host NBA champions Cleveland, the second seeds, on Wednesday.

Cleveland — who have not dropped a game in the playoffs — got the better of Boston over the course of the regular season, winning 3-1 over four games.

But Olynyk believes Boston will have more than a fighting chance of being competitive against the Cavaliers.

Celtics coach Brad Stevens said his team faced a daunting challenge, stating the Cavaliers have raised their game in the postseason.

The defeat marked another frustrating end for Washington.

Bradley Beal exploded for 38 points but it was not enough to overcome the Celtics rugged defense. Otto Porter Jr added 20 points while John Wall and Markieff Morris scored 18 each.

No other Washington player made double figures, highlighting the team’s threadbare relative lack of options off the bench. Wall meanwhile made only one of eight attempted three-pointers.

“I hate losing, especially (because) we felt like we were the better team,” Beal said. “You credit them because they played their tails off.”

The decisive passage of play came in the third quarter when the Celtics trailed by five points with 5:39 left in the period.

Yet Boston rallied brilliantly to outscore Washington by 21-9 over the rest of the quarter to build a lead they would never relinquish.

Thomas hit two superlative three-pointers while Marcus Smart added another in a 1:13 spell that put the Celtics up for good.

A further 9-2 run at the start of the fourth maintained Boston’s cushion and although Beal was able to keep Washington in touch, Olynyk’s inspired display proved the difference.

The Canadian drained all five of his opening shots at the start of the fourth quarter and also added five rebounds and four assists before exiting the court to a raucous ovation from the home crowd.

“Kelly was MVP tonight,” Thomas said. “He did it all.” – Agence France-Presse