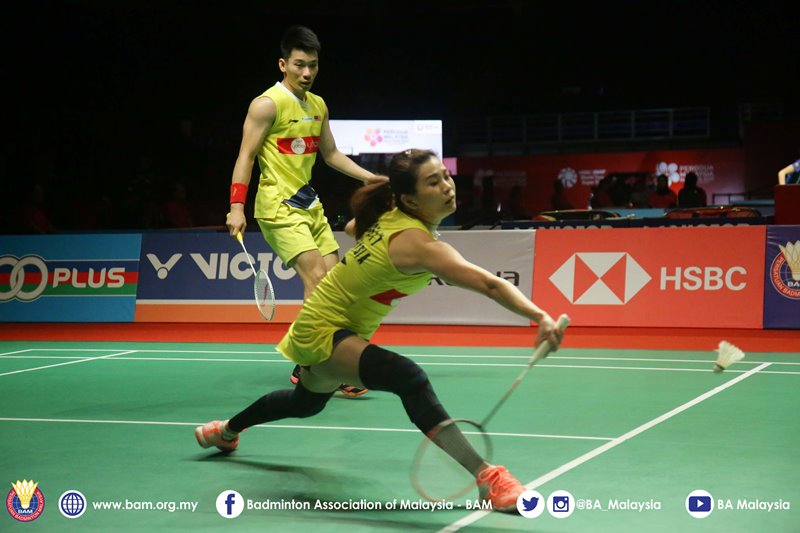 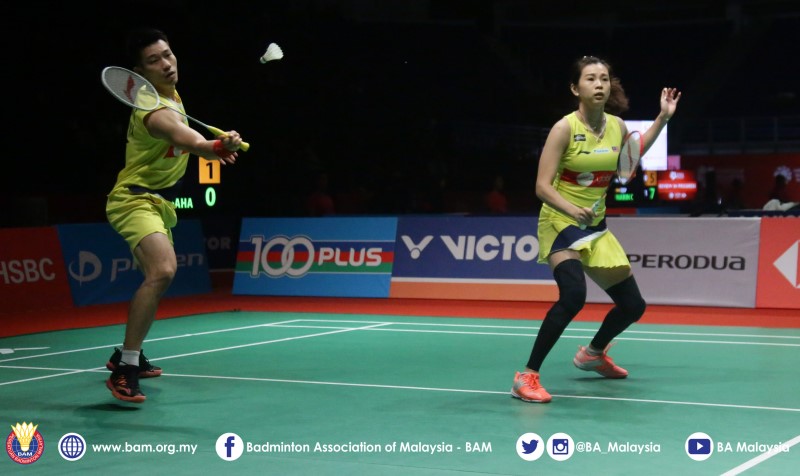 Malaysian mixed doubles professionals Chan Peng Soon-Goh Liu Ying crashed out of the Perodua Malaysia Masters with a disappointing 10-21, 13-21 defeat at the hands of China’s Wang Yilyu-Huang Dongping in the semi-finals.

The Rio Olympics silver medal winners, currently ranked No 6 in the world already have one leg in the coming Tokyo Olympics but the big jolt in the Malaysia Masters semi-finals is a real call that the duo needs to improve their overall game.

Nothing went right for the Malaysians and their tame defeat – seventh in nine encounters at the hands of the Chinese pair – is indeed a wake-up call for professionals if they harbor hopes of a podium finish in Tokyo.

Peng Soon was quick to admit that they need to buck up “mentally and physically” to improve their game overall.

“It was a disappointing performance today,” said Peng Soon after the match.
“We need to improve our mental and physical strength.

“At present, it is only 70 percent. However, we hope to do better in our next tournament (Daihatsu Indonesia Masters) next week.”

A disappointed Liu Ying said: “Our opponents were fast and composed. We could not match their pace…we were unable to fight back.” – BY RIZAL ABDULLAH