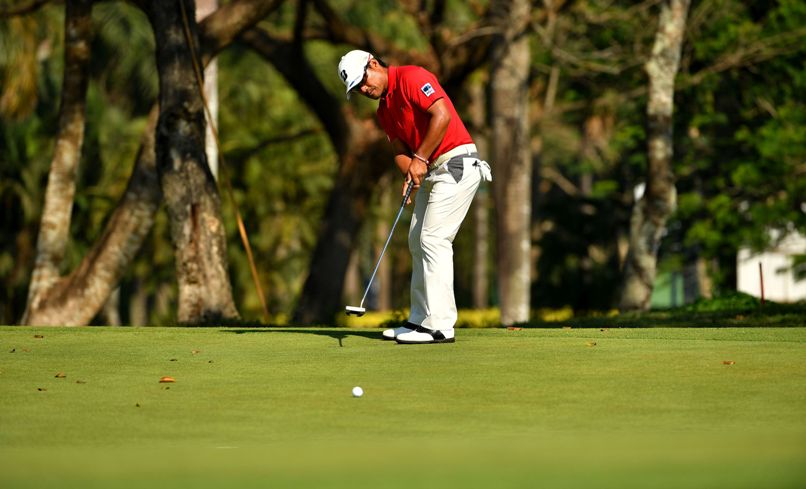 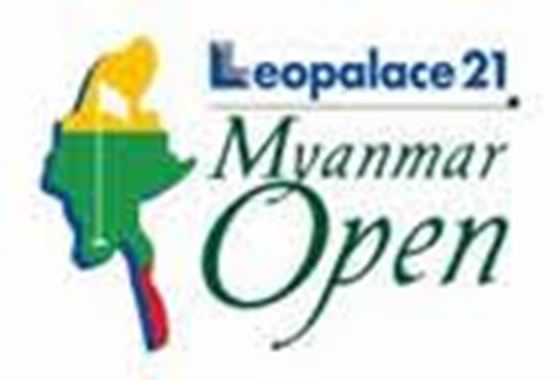 Yusaku Miyazato of Japan fired a seven-under-par 64 and remained bogey-free after 36-holes to take charge at the US$750,000 Leopalace21 Myanmar Open on Friday.

The 36-year-old fired seven birdies for a 11-under-par 131 total to hold a three-shot advantage over South African veteran Keith Horne, who posted a 68, at the event sanctioned by the Asian Tour and Japan Golf Tour.

Playing in the slightly calmer morning conditions, Miyazato returned with the low round of the day to rediscover some of his best form after missing the cut in his last two appearances in the United States and Singapore.

Horne, an Asian Tour regular, birdied three of his opening five holes to stay on track for a first Asian Tour victory as he sits in lone second place at the Pun Hlaing Golf Club.

Korea’s K.T. Kim, a 13-time champion in Japan, battled to a 69 to trail by four shots in third place alongside Japan’s Inoue Makoto while Miguel Tabuena of the Philippines was a further shot back on 136.

Co-overnight leader Azuma Yano slipped to tied 12th place following a 72 while Angelo Que of the Philippines had a day to forget when he stumbled to a 76 to lie in tied 40th position. The halfway cut was set at one-over-par 143 with a total of 74 players making the weekend.

I’ve had a perfect two days. It is unbelievable. I can’t believe it. I’m really enjoying my time here in Myanmar. I got up at4am today and it is too early but luckily I had a good score!

My irons are good and the tempo is good. My putting was also really good. I really managed my round really well the last two days. I need to stay sharp with my irons and putter during the weekend.

I hit it close on some holes today and every time you do that, you expect a low round. I’m playing with very good condition at the moment and feeling very confident. I’m aiming for 20-under-par this week. Hopefully I can reach that target.

I took advantage of the conditions in the first five holes then it got the same again. I started well by making three quick birdies. I was on a roll but I wasn’t playing my best because I was I was quite cautious and couldn’t take advantage on some birdies holes because I was in the rough from the tee box.

I struggled with the wind out there. I felt there were more birdies and got a little bit frustrated not being able to have any close putts coming in. The wind was blowing and it wasn’t an easy day so I’m happy with my round.

It isn’t that bad but my tee shot was better in the first round. My putting and iron shot is not bad so I hope it can keep going into Saturday and Sunday. The third round will be very important because it will tell if I will have a chance on the final round. Maybe if I shoot four-under then I will have a chance to win.

I’m still hitting it pretty solid off the tee. Overall I’m happy with how I’ve been striking the ball. I just need to make more putts and hit it closer with the wedge. I’m struggling with my wedge.