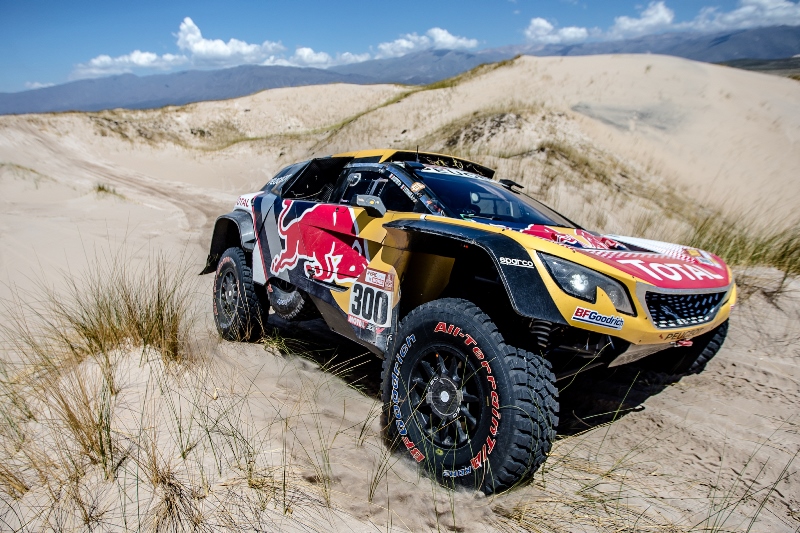 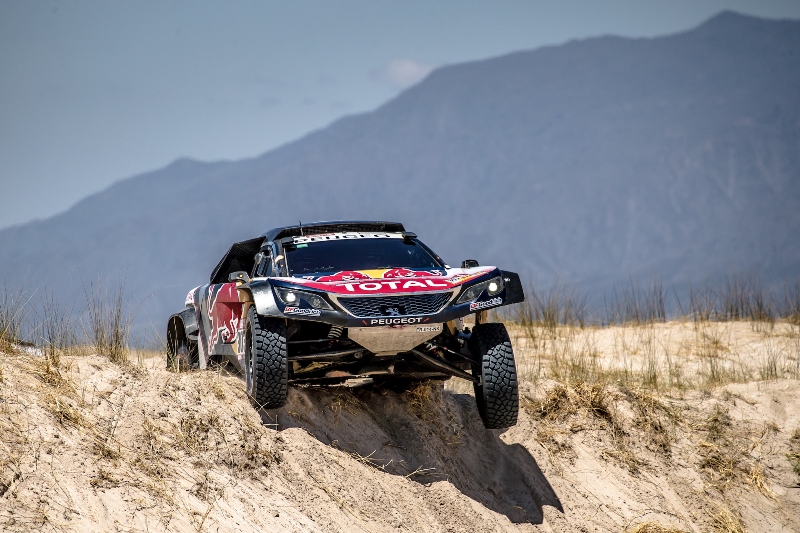 After the cancellation of yesterday’s stage, the competitive action on the Dakar Rally resumed in Argentina with a 372-kilometre special stage from Salta to Belén. Stéphane Peterhansel/Jean-Paul Cottret took their second straight stage win in their PEUGEOT 3008DKR Maxi, and with it moved back up to second overall behind team-mates Carlos Sainz/Lucas Cruz.

“We did the best that we could; we’re definitely in attacking mode rather than management mode! I drove as fast as possible knowing we were opening the stage. It was a tricky stage with many rocks in the river crossings, as well as plenty of camel grass which caused the damper warning light to come on. It was quite complicated in terms of navigation but we did not make any big mistakes. We couldn’t have done any better I think.”

“It was quite a tricky day with some difficult navigation and many rivers to cross. I took the first part of the stage quite easy, and then in the second part I increased the speed a little bit. Everything is good right now, but we still have one of the toughest days of the rally ahead of us tomorrow, and anything can happen at any moment.”

“Today we started the stage and waited for Carlos after about six kilometres; just to try and stay close to him throughout the stage and be on hand to assist if it was needed. It’s not always easy and sometimes quite stressful; you have more than five hours of driving and all the time you’re following behind hoping that he doesn’t get stuck or lost or whatever. But it’s a team game, and I think one of the reasons why Team PEUGEOT Total is strong is because we’re all prepared to play it and help each other when it’s needed. Now we want to carry on like this for the rest of the event.”

The starting order will be determined by today’s times. The ten fastest cars in stage 10, as well as the ten fastest motorcycles and trucks, will start in the order of their time, in all categories. They will then attack “Super Fiambala”, one of the most feared stages of the modern Dakar in one of the most delicate sandy areas of Argentina. If the temperature is particularly high, the sand will be even more loose.